The Truth About Vampire Bats

Similar to the ant, the vampire bat is among one of the more adaptable species, and so when their environment changes around them, they're able to survive, and in many cases thrive, which can be detrimental to the people and animals living around them.

The vampire bat stands alone as the only species in it genus, and while it's not right to think of them as these huge, monstrous creatures flying about sucking your blood; they're bad enough even as a small creature.

Vampire bats only measure about 3 inches long, but their teeth are so sharp, that once they attach themselves to their victim, usually the victim has no idea they're being fed upon. Sometimes when the vampire bats are young, they're not as good at it and become victims themselves.

But once older and experienced, they rarely become food for their targets.

Another unusal characteristic of the vampire bat is its tremendous agility. Not only can they run in a similar fashion as a spider can, but they can literally do cartwheel-like actions and also jump in the same way a frog does. 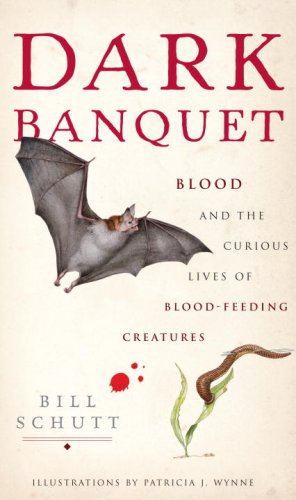 Vampire bats can only consume blood

No other food source is able to be utilized by vampire bats than blood. Studies have shown they have extremely quick metabolisms which would cause the bat to starve within two days if they didn't feed on blood.

There are two major reasons for this. One, they have this tiny little throat, and so no solid food would be able to be swallowed or digested. The second is the unusual shape of their stomach, which is formed in a zig zag type of shape, which is ideal for the consumption of blood, which it's made to hold in their needed capacity.

What is incredible the vampire bat in this area is the extraordinary kidneys it has which enable it to drink the blood to its fullest use, getting the most nourishment out of it. This is important because of the water that exists in the blood of its victims.

What everyone wants to know - do vampire bats drink human blood?

No talk about vampire bats could be initiated without dealing with the question of vampire bats eat the blood of humans. The answer is: yes they do.

This is a secret that likes to be kept secret because of the possible repercussions, but just recently over 80 deaths were attributed to vampire bats, where they spread rabies and killed their victims, which in this case were children.

As I mentioned, they're extremely adaptable, and so will eat whatever food source is available to them.

What animals do they feed on?

Assuming their habitat is relatively normal, a vampire bat will feed on larger animals like cattle, donkeys, horses, pigs and tapir, which some think was probably its normal food source. They will also feed on birds, especially chickens, which are easy to attack when roosting.

Vampire bat about to feed

How much blood do vampire bats actually consume at a feeding?

Looking at the huge fangs of the bat, the impression is that he's a blood guzzler, but in reality they eat about a tablespoon of blood a day.

For that reason, they usually aren't a threat to large animals from losing of blood standpoint. But in the case of smaller animals, it's a real possibility because at times vampire bats will eat from the same spot of a victim in order not to disturb or wake them.

So if an animal or bird is small, and that's what happens, they could die from loss of blood. But a large animals obviously isn't in danger from that part of the behavior of a vampire bat.

What other ways can vampire bats do harm?

The primary harm to animals or humans by vampire bats is if they drink from a diseased animal and then spread the disease among themselves or to the victim of their next feeding.

Some of these diseases commonly spread are rabies, Chaga's disease and murrina, which is common among cattle.

What use are they?

All bats have some use, and with the vampire bat it's not different, but about the same as others. The only unfortunate exception is they don't eat mosquitoes, like a lot of bats do, so they don't have that going for them.

What is similar to other bats is the bat feces, or otherwise known as bat guano, is a prime disperser of seeds in the southern tropical region they live in, so help propogate the rain forests. Evidently they also help to pollinate as well.

Bat quano is alos used as an organic fertilizer by a large number of people. I'm not sure if vampire bats are used for that purpose or not, or if their droppings are different because of their food supply.

How people eradicate them

Because vampire bats can become a serious problem when diseases start to emerge, killing large numbers of animals, and in some instances human beings, they are constantly being sought out and killed.

The one thing that makes vampire bats easy to kill is their habit of grooming themselves. Think of a cat that cleans its fur all the time, and you get the general idea.

What happens is a type of poison is given to the bats, which when they start their grooming of themselves and one another, is passed on and large numbers are killed as a result.

Some people have also been known to follow the bats to where they live and dynamite them.

Is the vampire bat threat to humans real?

Definitely, although not as common as it may seem, because when an outbreak of attacks upon humans results in a number of deaths - usually from rabies - it is an international story which gets a lot of print and other media coverage.

Usually these attacks come when other food sources are removed, for example, cattle which were being fed on being brought to market. Bats don't differentiate, and will eat whatever blood source is available to them.

It's not an epidemic threat, as far as globally, but when you're living in a locality where humans are their source of food, a lot of people can die quickly, as a number of stories have confirmed.