Sorry World but Not Everyone Should Own a Dog

Don is a Writer and a Storyteller. He has published over 7 books on varied subjects along with many articles and commentary on his blogs.

OK, all of you pet owners and pets rights people; just calm down, while I explain my statement.

My wife and I? We really do love Dogs, and Cats and at times in our lives we have been avid pet owners, especially when we lived out in the country, and had young children.

I should mention that even today, many of our friends are "Pet People" who own and literally adore their pets; and honestly when we visit them, we love to play with their pets.

A scratch behind the ears, a rub on the top of the head, a "belly rub", even stepping outside and throwing a frisbee with them, on a pretty day, are all things I love to do, occasionally.

Please notice that I said occasionally.

A Dog and Cat, Pals

We were Pet People, long ago.

That's right, many years ago, we had pets, both Dogs and Cats.

I should also mention that back then, we also had young children, and we lived in a very, very Rural environment.

We would tell people that we lived "in the Country".

Actually, back then we lived in the small village called Clifford Virginia. Clifford at the time was actually just an old, wooden post office (closed now) which was situated at an intersection of two county roads.

The best way to describe the area is to tell you that we lived in the foothills of the Blue Ridge Mountains, surrounded by large areas of wooded hills and broad farmed fields.

Our house, when we lived there, was on a little more than an acre of land, backed up to several hundreds of acres of woodlands that my family was lucky enough to roam at our leisure.

And, like we said, back then we had dogs and cats. Our kids loved having pets, and over the fourteen plus years we lived in that rural environment, we owned and enjoyed having several different breeds of dogs and cats as we lived and raised our kids.

But remember, I said our lifestyle was a country lifestyle.

If our dog wanted to poop or whatever, it would go and stand at the door. When we saw this, we let them out for a while, until they returned to the door and waited patiently (or in reality scratched on the door) for us to let them back into the house.

And, when we had to go away for several days, we had friends who would come over and feed them and let them either in or out, daily.

At times, they would even take our pets to their house. Of course, these friends also had pets of their own and we reciprocated by helping them if they had to go away from home for some reason.

Now that was what I consider a civilized lifestyle for pets and pet owners. We never had to put them on a leash and walk them on city streets, or keep them in a small cage, or especially not lock them away in some commercial animal hotel. 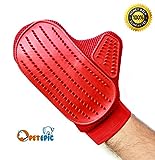 Pet Owners moving to a City

Eventually, our jobs made it necessary for both my wife and I to live closer to our work and we ended up moving our family into the city area of Lynchburg.

While house shopping, we spent several weeks thinking about what we should do with our pets and at first keeping them was our first option, or at least it was for a while.

I should mention that by this time our kids were in high school and to be honest, my wife and I were the ones who now ended up caring for the pets.

You see, our kids were busy growing into adults and just didn't have the time to "take care of their chores or much less their pets".

Oh sure, they still loved the pets, and they still wanted them sitting in their laps occasionally and occasionally all of the other fun things they did with their pets when they were little.

But the tasks that go with pet ownership were no longer on their list of necessary things to do.

You know what I'm talking about; Vet visits, washing them, brushing them, picking up pet foods and snacks for them, actually walking them in safe places for pets to be, and all of those other little things that a human has to do to make a pets life comfortable.

So, as I said, we talked about our pets and what was right for them, but also what was best for us at this stage of our lives. 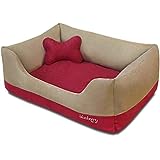 From Pet People to Non-Pet People

Even though our kids would be with us for several more years, we knew that it would not be long before they were moved out and living on their own.

To complicate our decision even more, both my wife's job and mine now required us both to travel regularly.

And of course, with our new home we would no longer be living out in the country, but we would be in a new suburban neighborhood.

We would be surrounded by new neighbors who were running the same rat-race we were, so we didn't expect much support like we once had when we were "Country People".

First, What to do with the Cat.

We had a big fluffy white Persian, that, God Bless her, left a trail of fur wherever she went.

And, being a cat, she had us trained so that, as long as we did things her way, we got along very well.

But, with our new lifestyles, my wife and I reluctantly decided we had to give her away.

Luckily, before we moved, we had talked to a young couple that had lived nearby. They also had a Persian and their cat got along well with our cat, so after some worrying, we drove out to visit them and we gave our Persian to them.

That left us with our Dog, a great, friendly Husky.

Of course, the kids made all kinds of promises about caring for the dog. So we decided to take a chance and carry him with us to our new home, in the city.

Sure, the kids would occasionally play with the dog, if they didn't have anything else to do, but essentially they ignored him because they were too busy with their new friends and their new busy lifestyle.

So it wasn't too long before my wife and I would come home to find house torn up.

This great, kind dog would do things to our house when alone, often leaving us with; half eaten curtains, chewed up rugs, scratched wooden furniture, and of course, the ultimate "in your face" insult, the occasional puddle or pile of poop.

It was obvious that our faithful dog was not happy with our new life in the city and how he was being treated.

If nothing else, this dog, that used to run out of the house, go into the woods and run to its hearts content. Now, in our new crowded environment he had to wait for one of us to put him on a leash and walk him up and down the paved streets of suburbia.

Of course, when we threatened to give the dog away, the kids would rally and promise to take better care of him, but we soon saw these were empty promises.

Our kids had moved on, and my wife and I had to take care of the dog now if we wanted to keep him.

But, as I said, my wife and I were now traveling often and it got very complicated very quickly.

So, here we were, with a great family dog who just didn't understand why we were not taking care of him, and with us becoming even more remote from him. So the reality of our situation forced us to look around for someone who wanted a dog.

It took us several months and after a couple of bad interviews but we did find a co-worker of my wife's who loved dogs and hers had recently died.

She and the dog got along greatly when they met and we reluctantly let our dog go with her.

We checked on how they were doing over the next month or so and our dog had fit in with his new family.

We were officially "Non-Pet" People.

Retired, but still no pets.

Our careers were hectic ones back then, and although long work days were the norm we both loved what we were doing.

So, our non-pet lifestyle continued, our kids moved out one after the other, and my wife and I moved into and out of several states as we were promoted and transferred to new jobs for our careers.

Then, one day we retired.

Now, retired Seniors living in Florida, we occasionally discuss getting another house pet, but I feel that it will never be the same as it was those many years ago.

You see, we had pets and we lived far out in the country during that time of our lives.

Our dogs (and cats) could roam the woods at will and be safe. And we were comfortable with this.

We could be confident that they would be back in our house by a certain time of day because they were our pets and they were trained.

And, honestly, I'm not sure we can be good pet owners now that we have spent so many of our years without owning one.

Me, I'm pretty sure that;

1- I'm now too lazy to properly care for a pet, and

2- We are still active people who love to just get up and hit the road, spontaneously.

3- Many of our retired neighbors and friends have pets and I notice that, at a point, an aging pet can often become very expensive for a retiree just to pay their pets health bills.

So, we'll keep rubbing and playing with our neighbors pets, and letting others properly care for them.

You see, we are just no longer Pet People!

How to care for a new Puppy