The following scenario often takes place in a cat occupied dwelling: an owner is sitting down on the sofa, enjoying the tranquil evening and possibly reading a book or knitting. Suddenly in comes kitty with something in its mouth. The owner is unsure of what it is until kitty willingly deposits the soft item right at the owner's feet. Startled, the owner starts screaming as she notices that the soft item was a mouse and worse, the mouse is still alive! So she shoos kitty away and chases the mouse with a broom. Poor kitty hides under the bed, startled by the owner's reaction and with its feelings slightly hurt.

In the cat owner's eye, the cat was being naughty in deciding to bring live prey in the living room. In the kitty's eyes, the owner instead was being quite rude in refusing, the ultimate gift of love. Indeed, kitty in this scenario hunted that prey with its owner primarily in mind.  The cat worked hard  to get the prey, dazed it enough so to carry it in its mouth and ultimately carried it this way up to the home to display it at the owner's feet.

This behavior is quite common in a cat's world. In particular, it can be seen in mother cats which will bring live prey to their kittens so to show them how to hunt. The kittens therefore will watch their mom pounce at it and daze it enough so to deliver the final bite that will kill it. So kitty perhaps was simply trying to give the owners an important life lesson.

When kitty is not offering its owners the live prey it is really simply looking for a safe corner. The cat instinctively knows that if he or she brings the live prey in the home, there are lower chances for it to escape. Therefore, the cat will enter the home with the prey in its mouth and very likely will head quickly towards a small room or a corner.

Owners of cats at times may be surprised how the cat plays with their prey. The methods of tossing and turning the prey may appear like a ''corrida style'' torture. Yet, there is a natural explanation as to why the cat may engage is such sadistic behaviors. In reality the cat is trying to daze the prey as much as possible in order to deliver the deadly bite.

When dealing with rodents and birds, the cat risks getting bit if the prey is strong enough. This bite may easily get  cats infected putting a cat in the wild at risk of sepsis and death. So the cat may appear to be playing with the prey while in reality he or she is working on getting the prey dazed and exhausted. It all really comes down to instinctive behaviors, applied in domestic settings. 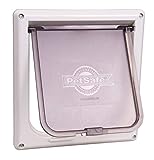