The Earth's oldest observed wild bird, Wisdom, was seen at Midway at "Pihemanu" ("loud din of birds"), a gathering placer for wild birds of Hawaii. She and her mate, Akeakamai ("Love of Wisdom"), were seen on 11/21/2016, caring for a new egg. Her baby was named Kukini and the name means "messenger." Another egg was laid in early December 2018 and hatched in February 2019. 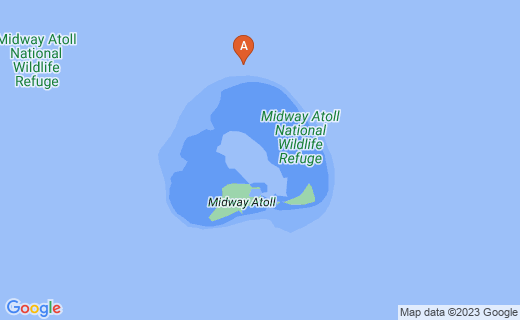 President Teddy Roosevelt declared the Northwestern Hawaiian Islands as a federally protected seabird reserve in 1909 in order to save wildlife.

How old can birds live? Parrots are famously known for longevity, to ages 60 and 70 and even older. People joke that they must mention younger parrots in their wills for caretaking.

Which species of bird can live the longest? US Fish and Game officials found a 60-year-old Laysan albatross (Gooney Bird) in February, seemingly surprised at her longevity. She had been banded for tracking eight times since 1956 and still hatching eggs.

She hatched a chick on Midway Atoll near Hawaii in mid-February 2011 before the earthquake and tsunami disaster struck Japan. This is the now-famous Wisdom the albatross. She hatched her single chick near Hawaii and was transported out by officials after the tsunami splashed onto the Pacific Islands. After that danger passed, she and her chick were returned to their natural habitat. In early 2013, she had her 35th chick hatched live. The Columbus Zoological Garden and Aquarium tells us that the Laysan albatross lives in the seas around the Central Pacific Islands, around the Bering Sea, and near the Aleutian Islands off Alaska. They grow to a size of about 6-8 pounds, although Wisdom is said to weigh 8 pounds. Chicks resemble those of penquins in the Antarctic.

Wing spans top 2 meters and facilitate long glides in which the birds are thought to sometimes sleep. Otherwise, they sleep sitting on the water, catch fish, and go to land only to breed by way of very odd mating danced. In fact, Johnny Carson showed film of the "Gooney Birds" each year in his later years on the Tonight Show, along with presenting bird calling competition teams from high schools. 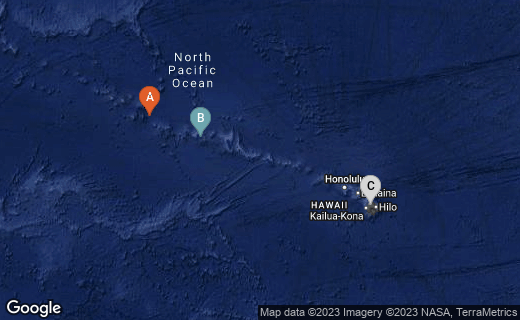 In the year 2000, Midway Atoll National Wildlife Refuge was designated the Battle of Midway National Memorial.

The Largest Nature Preserve in America

Papahānaumokuākea Marine National Monument is approximately 140,000 square miles of the Pacific Ocean that is protected by the USA as a conservation and national memorial to the Pacific Ocean habitat. It includes Midway Atoll on Wake Island and its national wildlife refuge, all the Northwestern Hawaiian Islands, and the Laysan albatross population, along with the remaining animals, plants, and natural elements. The land portions of the monument are held by the Hawaiian Islands National Wildlife Refuge.

This large conservation area is important to local native animals and plants, sea life, the history of cultures around Hawaii, and a number of artifacts from different archaeological eras.

All of these elements can be studied to help determine migration paths of humans, cultures, and animals for severral thousand years. Special guided tours are offered in these areas for visitors to observe the Laysan albatross and additional activities are regularly offered.

Albatross Chicks Rescued from the Tsunami on Eastern Island 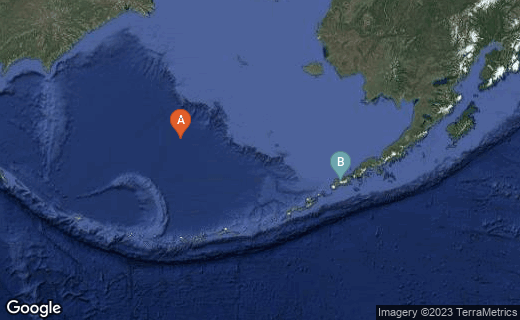 Oldest Bird In the North

News stories in March 2011 reported what Wisdom the albatross was the world's oldest bird, then the Northern Hemisphere's oldest bird. The news was quick to report without fact checking, I think, because I myself have met a parrot in the past that was in its 70s and I believe there are some parrots of that age somewhere now. Be that as it may, Wisdom's 60 or more years make a respectable age achievement and she still looks very young.

In July 2004, authors Jason Munshi-South and Gerald Wilkinson of the University of Maryland published a research document about parrot lifespans and the effects on them of diet and nutrition. They published in The Auk 123(1):108–118, 2006.

These researches found a total of 162 different parrot species at the time and additional species may have been discovered between 2004 - 2011, undoubtedly so. The two men examined over 350 parrots, discovering that their combined diet, nutrition, and behaviors resulted in extremely long lifespans for free, wild individuals.

The results are rather complex, but an overiding notable finding to my eye is that seed-eating parrots seem to live longer than those that are omniverous or eat from nectar and fruit sources. Still, the longest average age found among the parrot groups was under 20 years.

I think parrots in captivity, if allowed freedom from small cages, must experience many health benefits. although any captivity may still be too confining. Yet, that I have met a few 70+ year-old parrots on more than one occasion. Perhaps they were special cases.

These birds are wild species and domesticated birds may live longer. Various parrot species might be among these longer-lived groups.

Public records and the Guinness Book of Records indicate that the trained cockatoo that appeared on the TV show Baretta lived past 80 years of age; and the oldest bird thus far has been a Siberian white crane that reached 82 years, but had no documentation attached to its life span.