A crocodilian is any reptile of the order crocodylia which include the crocodile, alligator, caiman, and gavial. So there is a difference between a crocodile, an alligator, a caiman and a gavial.

There are at least thirteen types (species) of crocodiles to be found throughout the world. They are:

A Picture of Siamese Crocodile

Crocodiles have a cerebral cortex and a four-chambered heart. Crocodiles have streamlined body that enables them to swim swiftly. Crocodiles have webbed feet which they use to make fast turns and sudden moves in the water, and to initiate swimming. Also, webbed feet are used by crocodiles for walking in shallower water. Crocodiles’ tongues are not free and as such can not stick their tongues out.

Crocodiles have scales, and the scales have pores that are sensory for sensing. The scales are also secretory for secreting an oily substance that flushes mud off.

Crocodiles are very fast and can reach a speed of 17 KM per hour on land. This would translate to a crocodile doing 100 metres in 21 seconds whilst Usain Bolt, the world’s fastest man, is doing the same distance in 9 seconds.  Crocodiles can also do 100 metres in 9 seconds just like Usain Bolt when they "belly run", and even better speeds if they are slipping down muddy riverbanks. Belly running is where a crocodile’s body moves in a snake-like fashion, limbs splayed out to either side paddling away frantically while the tail whips to and from.

Crocodiles have long and sharp teeth for tearing and holding onto flesh, and very powerful muscles that close the jaws and hold them shut. The muscles are only strong in closing the jaws but weak in opening the jaws. When the jaws are closed, you can hold them with one hand and the crocodile won’t be able to open the jaws. A hyena has stronger jaws than the African lion. A crocodile’s jaw is five times stronger than a hyena’s jaw.

Why Crocodiles Rest With Their Mouth Wide Open

Life Span of a Crocodile

The dorsal surface of a crocodile is fully covered with rugged large osteodems which has scales which provides a crocodile with protection in rough conditions. The skin on a crocodile belly and sides is smooth. A crocodile skin can be used to make goods such as purses, handbags, wallets, briefcases, belts, hats, and even shoes.

Crocodiles’ meat is eaten by some people. Crocodiles’ meat is a delicacy in many specialty restaurants throughout the world especially in US, Australia, South Africa and Ethiopia. A crocodile’s meat is somewhere in between that of a chicken and a crab meats.

It takes a crocodile about ten years to reach the mating age. Once they have mated, the female crocodile lays about 20 – 100 eggs about two months latter in holes she digs on sandy shores, dry stream beds, or riverbanks. The eggs resemble those of a hen but are more oval, slightly bigger and have a thinner shell. The female crocodile, and sometimes the males, will usually guards the eggs for the 3 month incubation period. In the case of Nile crocodile, they have Temperature-dependent sex determination which means the sex of their hatchlings is determined by the average temperature during the middle third of their incubation period. If the temperature in the nest during this middle is below 31.7 °C, or above 34.5 °C, the offspring will be female. If the temperature is in between 31.7 °C and 34.5 °C, male off-springs are born.

Difference between a Crocodile and an Alligator

Facts You Should Know About Crocodiles

1. Crocodiles are very good in memory and will remember paths used by animals including people

2. In water, a crocodile will bite a large prey, say a gazelle, hold on, and then rapidly spin its body to weaken it as the limbs are torn off in what is called the ‘death roll’

3. Crocodiles can slow their metabolism and stay without eating for months

4. Crocodiles have very strong muscles for closing their jaws and holding them shut, but very weak muscles for opening the very same jaws.

5. A crocodile can hide upon seeing human only to attack them unexpectedly

6. A large crocodile can be invisible in muddy water only 30 cm

7. A crocodile has the strongest biting force of any living known animal on earth

8. A crocodile needs only one second to complete an attack on man

9. Crocodiles are more aggressive when they are mating

10. Crocodile are very fast even when on land

11. Crocodile will not attack you on land if you are more than 3 metres away from it

Crocodiles kill More People in Africa than Any Other Animal

In Africa, there are thousands of people who are killed by crocodiles each year. The monster who is doing that is the Nile crocodile. Nile crocodile is the most common crocodile in Africa. Nile crocodiles kill more people than all other species of crocodiles in the world combined. In fact, Nile crocodile kills more people than any other animal on earth. Why Nile crocodile does kills so many people in Africa? This has more to do with the way life of the people is.  In ‘remote’ areas where there is no piped water, women and children will fetch water from rivers. It is at the water fetching points that crocodiles and human converges and obviously there is bound to be disaster. Then there are fishermen who use small and weak boats when fishing and sometimes they are also fished by the crocodiles. What would you do if you leave in a place and the only source of water is infested by deadly Nile crocodiles? The dynamics of Nature has the answer that you should risk and fetch your water from that very same source only that you should have many children so that you increase the chances of some of your children growing up to start a family of their own. Certainly, you should have a good answer of your own!

Dried Crocodile Bile Powder is the Most Lethal Poison

The gall bladder of a crocodile has a liquid called the bile. Dried crocodile bile powder is the most lethal poison if ingested. Are there any scientific studies to prove this? Ask the traditional medicine men and sorcerer of Kenya and Tanzania this question. Myth has it that dried crocodile bile powder is the most lethal poison if ingested by man and as such any crocodile killed by man must have the disposal of its gall bladder witnessed by at least a few of the villagers, otherwise you may be accused of having caused my of the deaths that may happen in the village. It is alleged that dried bile if ingested will disable your nervous system and then your brain and no matter which witchdoctor you consult, you have to kick the bucket come what may. Evil sorcerers and witches are said to make concoction of this bile as spells that always ‘work’. This is a myth – it may have some truth in it, but it may just be a myth as Chinese medicine men are known to make good medicine out of crocodile bill that cures many diseases. 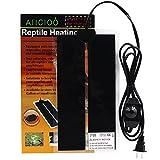