Best Animal in Hunting Its Prey

If there was the title, ‘Best Animal in Hunting Its Prey’, which animal do you think would win this title? Obviously, man would come up as the winner and in this article we have to omit man for obvious reason. Whilst every animal is a good hunter for its prey in its own way, the African Wild dog is indeed world’s greatest hunter. There are indeed other world’s greatest hunters such as Spider, Great White Shark, Wolf (related to African Wild Dog), Alligator Turtle, etc. 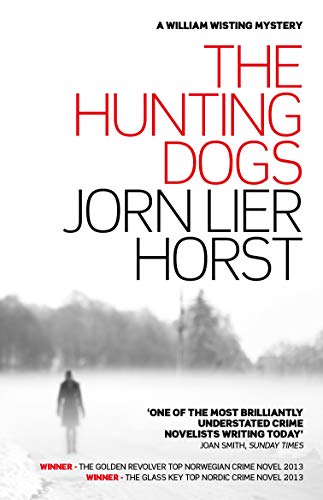 Hunting is the pursuit, capture and killing of wild animals as prey for food. Efficiency in hunting is considered as the catch per unit of effort. An animal having a success rate of 30% of the time it attempt to catch a prey is efficient. The African wild dog has a success rate of 80% which rank the African wild dog as one of the world’s greatest hunters. Contrast this with 55% for the Great White Shark and 30% for the African lion.

The African wild dog belongs to the biological family of carnivorous and omnivorous mammals that includes the domestic dog, wolves, foxes, jackals and coyotes. A member of this family is a canid which therefore means that the African wild dog is a canid. The African wild dog as the name suggest is only found in Africa and in particular eastern, central and southern Africa. The dog has on average a weight of 20 kilograms but in extreme cases it can weigh up to 45 kilogrammes. The Africa wild dogs will generally look lean with a body length of 3 - 4 feet and a tail length of 1 – 2 feet. Its height at the shoulder is about 2.5 – 3.5 feet.

Learning How to Hunt

The African wild dog has a gestation period of 2.5 months and will give birth to an average of 10 litters called pups. After birth, weaning takes about 2.5 months after which the pups join the pack in learning how to hunt. At the age of 1 year, the pups will have learnt and grown enough to hunt, capture and kill to feed themselves. After 14 months, female pups may leave their parents pack and look for other packs that lack sufficient females. Males are expected to remain at their parents’ pack and enhance its strength.

The African dog has intelligent hunting strategies that ensure that more than 80 out of every 100 hunts that they initiate succeed with a catch. The lions, who boast themselves as the kings and queens of the jungle has poor success rate of 30%. However, it’s important to note that a catch success rate of 30% is considered an efficient rate of catching a prey in the jungle.

A pack can have an average of 15 dogs but can grow as large as 30 dogs and in the past packs of 100 dogs have been known to exist. Ideally, the dogs will chase a prey in an open long chase at the same time vocalizing in sounds that are meant to coordinate their movements. The strategy of the chase is planed in such a way that the dogs’ movement from several directions will converge simultaneously with the position of the prey.

Mindful of Others' Welfare

Like humans, the African wild dogs are very mindful of unfortunate members of the same pack. These members include the sick dogs, injured dogs and the very old dogs that cannot keep up with the hunting. In addition, they have to care for the dominant female who is usually left behind taking care of the pups together with any other dogs that may have been left behind guarding the den. They do this by regurgitate meat from the catch. This is done by throwing up or vomiting some of what has been swallowed to feed the unfortunate ones. Their favorite catch includes the impala, Thomson's Gazelles, Springboks and young wildebeests.

When the African wild dogs are in high spirits of hunting, they will attempt to hunt large animals such as large antelopes, warthogs, zebras, buffalos and young giraffes. Catching the large animal is difficult and requires the dog to use more closely coordinated attacks. They will start by making a rapid charge aimed at stampeding and scattering the herd of prey. Once the herd is separated, they all zero down on one animal. One dog will get hold of the prey’s tail, two will keep the face busy and will attack the upper lip, and the others will be busy opening the bowel. By instinct, every African wild dog should learn how to hunt, but the large-animal hunting tactic is a tactic passed from one generation of dogs to the other. Hunting large animals is indeed specific to only a few packs. Below is a video showing the African Wild Dogs hunting an impala.

African Wild dogs are to be found in Botswana, Namibia, Zimbabwe, South Africa, Tanzania, Zambia, Kenya, and Mozambique. Their greatest predator is the lions that maliciously kill as many African wild dogs as they can without eating them.

By contrasting lions to the Africa wild dogs, lions also hunt in coordinated groups and usually stalk the prey. Lions will prefer to be close to the prey before attacking. Lions will hide in cover and will not attack until they are about 100 feet to the prey. Most attacks are done at night when the prey can not see clearly. Like the African wild dogs, several lionesses will typically hunt together and will circle the herd of prey from different points. Once they have closed with a herd, lionesses will usually target the closest prey or the weakest animal. Once the prey is caught, they will kill it by strangulation, which can cause cerebral ischemia. Lions will also kill the prey by enclosing the prey's mouth and nostrils in the lion’s jaws. For small preys such as a rabbits, all the lion’s does is just to sweep it by paw and the rabbit is dead. When killing large preys like African buffalo or the African lion, one or two lions will jump on top of the prey and will seriously work on the spinal code and sooner the prey will be immobilized. Below is a video showing lions attacking the African buffalos.