The title of the world’s most intelligent bird goes to the African Grey Parrot. They are followed by crows, ravens, jays and magpies. Both psittacines (parrots) and corvines happens to have a brain-to-body size ratio that is comparable to that of higher primates like chimpanzees This article is a continuation of World’s Most Intelligent Animal - World’s Most Intelligent Bird - Highest Avian IQ Ever Recorded – Part 1

Parrots have one distinctive characteristic of being able to mimic human speech. But the African Grey Parrot has been known to go a step farther by being able to associate words with their meaning as well as forming short sentences. There are many species of parrots that are kept as pets by people and this includes parrots such as conures, Amazons, cockatoos, macaws, lovebirds, cockatiels, budgerigars, Caiques, parakeets, Pionus, Poicephalus, and eclectus.

Africa Grey Parrot as a Pet

You may not keep the Africa Grey Parrot as a pet as it now considered an endangered species due to dwindling numbers. The African Grey Parrot is expensive with a price of $3000 upward and you may still need to obtain permits to allow you to export or import the African Grey Parrot. The lifespan of a parrot is about the lifespan of man and averaging between 60 – 80 years. Another type of parrots called Kea which are found in New Zealand are very skilled at using tools to get to food and they are equally good in solving puzzles.

There are two types of African Grey Parrots namely:

2. Timneh African Grey Parrot which are found in West African countries such as Guinea-Bissau, Sierra Leone, Mali and Ivory Coast.

1. Alex could use words by mimicking

2. Alex could handle complex problems on language and understanding

3. Alex intelligence was as good as that of 5 years old human child, dolphins and great apes

4. Alex had the emotional level of a 2 years old human child

N'kisi - African Grey Parrot. N’kisi is a Congo African Gray Parrot pet owned by Aimee’s family. Aimee’s family treats N’kisi just like any other member of the family. N’kisi is five years old and is being given the opportunity to use his own creativity in language for expressing himself. It is noted that N’kisi can do the following:

2. N’kisi can use words by mimicking

3. N’kisi can handle complex problems on language and understanding

5. N’kisi can ask questions. N’kisi asked Jane Goodall, a chimpanzee scientist, having seen her earlier in a photo with chimpanzees, he asked her, “Got a chimp?" If N’kisi actually asked that question, then he has the Highest Avian IQ Ever Recorded.

6. N’kisi does not need to depend on learned phrases to communicate his thoughts; he constructs his own sentences and is capable of actual conversations; he associates words with their meanings to form simple sentences.

7. N’kisi is capable of showing humor and love

In your description of parrots using speech to communicate you missed Arielle, a B&G macaw who has spoken more than 6000 different cognitive expressions. She is and has learned elements of language including grammar. She does things previously undescribed such as substitute pronouns, use synonymous terms, conjugate verbs, attribute speech to an individual, speak series of topical statements about a single topic. She is the subject of the book, Another Kind of Mind: A Talking Bird Masters English. She is likely the most advanced of avian speakers that is not trained to put words together. From Michael Dalton. 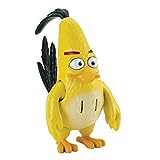 After the parrot comes the crow as the second most intelligent bird. Crows are in the family of corvines which is very diverse. Corvines, just like the psittacines (parrots) have a brain-to-body size ratio comparable to that of higher primates like chimps. Corvidae include birds such as crow, raven, rook, jackdaw, chough, magpie, and jay. Just like parrots, some species of crow can imitate the human voice. This ability to speak is one thing that makes crows just like parrots be popular with people as pets.

The African crow is also known as pied crow (corvus albus) and is believed by many people to live for over 200 years. But that is not true as the lifespan of crows is 30 years.

Crows Can Manufacture and Use Tools

1. New Caledonian Crow has the ability to manufacture and use new tools such as knives cut from stiff leaves and stiff stalks of grass to assist it get into food

2. New Caledonian Crow has the intelligence to stet strategies of dropping hard nuts on roads for vehicles to crush them open for it to eat.

3. New Caledonian Crow has the ability to recognize and differentiate humans by facial features and if it does not like your face it will transmit the information that you are bad person by squawking

4. Wild hooded crows of Israel are known to use bread crumbs for bait-fishing. 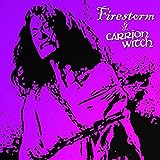 Intelligence is being able to recognize your reflection as an image of yourself in a mirror. Man, and especially woman, is very good in this. But man is not alone in this as Chimpanzees, Bonobos, African Grey Parrots, Orangutans, Dolphins, Crows, Magpies, Pigeons and Elephants are man’s biggest challengers in the mirror test.

Intelligence is when you can visualize in advance that if you throw a ball when you are in point 1, the ball will move to point 2, at point 2 the ball will bounce to point 3. Upon bouncing to hit point 3, point 3 will shake and release fruits that will fall down for you to pick and eat. That’s what intelligence is, and you and I can do that again and again. Can the world’s most intelligence bird, the African Grey Parrot, be able to do that?