The Sibley Guide to Birds lists 18 species of hummingbirds in the United States. Apparently there are 24 species in North America. Arizona has records of 16 of these, of which most are fairly regular visitors in the southernmost parts of the state. Two of them are rare. The Ruby-throated Hummingbird showed up for a few days last summer in a single location. The Allen's Hummingbird is also not common. I have photographed the other 14.

Hummingbirds are small birds which are really from the tropics. That is why most are rare in the United States, and may only visit a few locations. We get them in the summer. Their wings beat incredibly fast, their hearts likewise, and they have a very fast metabolism, so they must eat a lot. They pretty much eat constantly. They are able to maneuver much like a helicopter: hover, fly backward, dart about quickly.

The photo is an Anna's Hummingbird baby. There were two in the nest. I watched the mother come and go a few times, and she had chosen a spot where she could sip from a nearby plant. It looks like the baby is trying the plant as well. The nest was located near a building, just under the ceiling of a patio. The ceiling had beams and much of it was open to the sky. The location was Tohono Chul Park near Tucson, Arizona.

I have photographed hummingbirds in the following locations:

and a few other places

There are many other gorgeous hummingbirds in the tropics of the Americas. Some of them aren't called Hummingbirds.

The Broad-billed Hummingbird is probably the most common hummingbird in southern Arizona. It is probably also the most colorful. You can see how broad the bill is if you can look up at one. The bill is orange-red, which is not a very common color. I have photographed one other species that has a bill that color. The body contains rich blues and emerald greens.

The plant is the Slipper Plant (Euphorbia lomelii). It is a Euphorbia, which means it is a succulent, and has milky, alkaline juice. It is poisonous, but the nectar is sweet. I have tasted it. Obviously, this hummer likes it as well.

I like this photo because it reminds me of a Japanese painting.

This is my favorite photo of the Broad-billed Hummingbird:

Here is a close-up portrait, so you can see the bill clearly:

A Broad-billed Hummingbird in flight:

And one more clear shot:

The Anna's Hummingbird is probably the second most common hummer in Arizona.

Unfortunately, sometimes the best shots you get of a hummingbird will be while he is sitting on an atrocious hummingbird feeder. I have been threatening to design a prettier, more natural-looking one for awhile. I'll talk more about that later.

Much of the time, the Anna's entire head is red. Young ones don't have their color yet, and you will see an occasional one with an orange or golden head.

Babies, probably Anna's. Found at Tohono Chul Park, which seems to keep a breeding Anna's there most of the time. :)

Interestingly, this particular nest was only about two feet off the ground, very accessible for photographs. Notice how the nest appears to be made primarily of wads of thread-like filaments, woven together with more of the same, with a few bits of plant thrown in for disguise. These babies fledged just a couple of days later.

The Rufous Hummingbird is a fairly placid hummer, one of the smallest. These are photos of the male.

You can see the red gorget in this photo. The brilliant colors of some parts of the hummingbird are actually due to refraction of sunlight. They are not pigments. This is a good example.

The Costa's Hummingbird is distinguished from the Anna's because the gorget has long feathers on the bottom on each side. And the color of the gorget is more purple than that of Anna's.

Here is a photo that is very popular, and which I personally like very much. This was taken in the Superstition Mountains east of Phoenix. This fellow was quite co-operative. As hummers often will, he would fly up to catch something and then come back and land on the same snag. Unfortunately, all I had at the time was a lens that would zoom out to 200, and since he was about 50 feet away, this is what I was able to get. Artistically, it worked out fine for me. Always look at your work outside the box. You never know what you will see.

I got this photo at Ash Canyon Bed and Breakfast. Every so often, you get lucky and can catch a collection of individuals like this.

The Blue-throated Hummingbird is a large hummer. He is more likely to sit on a twig and cooperate; he may sit for some time. This male preened for quite awhile, and came back more than once. But in my experience, there is never more than one or two, and they don't come by often. You may have to wait an hour or two to see one. Most of these particular hummers are seen at Beatty's Guest Ranch.

This is another large hummingbird. This one is shy and likes to feed in the shade. Most shots will be distant shots, which makes it difficult. There are also rarely more than one or two, and they don't feed often.

The head is deep purple and the throat is brilliant green.

The only place I know of where these particular hummers regularly show up is at Beatty's Guest Ranch. They are almost always sitting on a feeder.

Maybe females or youngsters. I just like the pictures, so I am sharing them.

As you can see from the photos posted here, different birds have different designs for their nests. This species incorporated many more long yellowed leaves, compared to the Anna's.

The first photo is a female, and the second is a male. These tend to be found only at Ash Canyon Bed and Breakfast.

Notice the downcurved bill. Their tails are also very narrow and come to a point.

These are widely distributed.

The purple is refraction.

Last summer, this male was the only one found in Arizona, at Paton's house in Patagonia. This year, I believe there was a pair at Ash Canyon Bed and Breakfast. The female is still there as of this writing, and has been there for weeks. Notice the small patch of color on the throat, and the characteristic white rump.

It was quite dark by the feeder where this bird was feeding, so the photographs aren't the best.

This bird has a striking violet head when the sun hits it right. Unfortunately, I didn't catch it in these shots. Found at Paton's.

Another rarity that only seems to show up at Beatty's Guest Ranch. It prefers to sit on the feeder, but I was lucky once.

This species has been seen in a number of places. I caught up with this bird at Tohono Chul Park.

A leucistic bird is one that has mostly white feathers. It's not quite an albino, and doesn't always have pink eyes. I have seen a few different leucistic birds, and I will write about them some time. They say that the reason why some birds have this characteristic is because it takes energy to make the pigment of feathers, so when the bird doesn't have much energy, it produces white feathers. These birds never seem to last very long in the wild, probably because predators see them easily.

This particular bird showed up at Beatty's Guest Ranch, and stayed a couple of days. I went to see him, but it was almost dark before he showed up, and he was far away. He was identified as a Black-chinned because he has one feather on the other side that has the correct refracted color.

As I started, I leave you with babies. This is a mother feeding her two babies, found at Sweetwater Wetlands.

Please note: a $5 donation is customary when visiting a hummingbird sanctuary on private property. 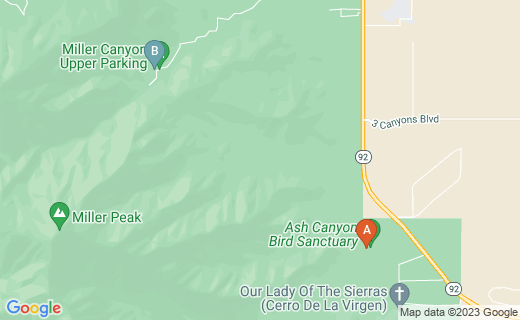 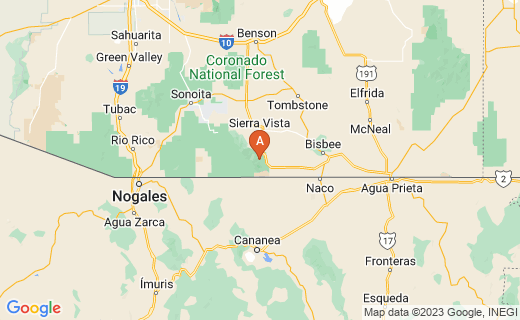 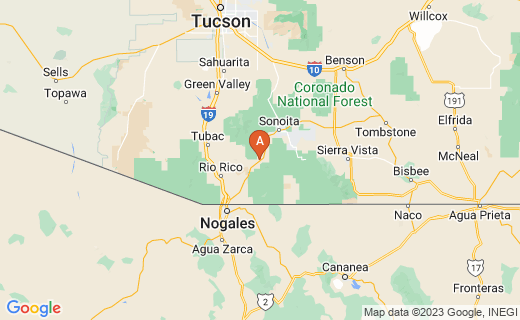 Guestbook is below Amazon items

Everyone I know who provides unusual opportunities for birders to observe and photograph hummingbirds uses these atrocious red feeders. I have been vowing for a long time to design a pretty, natural-looking feeder. So I decided to see what I can find for sale. I found a number of interesting ones. Unfortunately, none of them satisfied ALL my criteria. My criteria are as follows:

Insects are almost impossible, although some locations have problems with them, and others don't. Woodpeckers are notorious thieves of sugar water from hummingbird feeders.

I would also like to see feeders where all the holes are on the side of the audience. It's very frustrating to sit there and wait for a particular bird to DECIDE to come around where you can get a good look.

It seems that either a hummingbird feeder is high capacity, OR it is attractive, but not both at the same time. People who set up a wonderful environment and invite the public have to re-fill the feeders several times a day as it is.

Hummingbird feeders come in two types, with different consequences for photographers. One type has perches where hummingbirds can sit while they eat. It is easier to focus, but you are more likely to get feeder in the picture. The other type requires the bird to hover while it feeds. This can give the more spectacular in-flight photos, often without the feeder, but these are harder to catch.

However, I'll share some of the feeders I found available. Many of them are quite attractive if you just want to put a small feeder by your window for your own enjoyment.