Animal Abuse Is Not Entertainment

Have you ever stopped to wonder what life must be like for an elephant in a circus? Have you ever though of what it takes to train an elephant to perform the unnatural tasks asked of it in a typical circus act?

This page will show you what's really going on under the Big Top. All money made from this page will be donated to charity in order to help end the suffering and abuse of these amazing, intelligent, sensitive and thoughtful creatures.

As an animal lover, It was very difficult and heartbreaking for me to make this page. I was so saddened by what I saw, the reports, the videos, the images. This page may be disturbing to read and see, but the truth needs to be told. The word needs to be spread. Change needs to take place. Circuses are far from the friendly and happy place they claim to be. As long as animals remain in circus acts, I will never attend and neither will my children.

How It All Begins

The plight of the baby elephant

While circuses such as Ringling Brothers may claim to train their elephants through a reward system, know that that is an outright lie.

A baby elephant born to the circus is first captured by lassoing all four legs rodeo style and dragged away from its mother, often before it is two years of age. Supression and discipline is now the name of the game. To start, the baby elephant is chained by all four legs to a concrete floor for up to 22 Â½ hours a day to break their spirits. This is physically and psychologically traumitizing for the animals. After they stop struggling and give up, (sometimes this takes as long as 6 months), they are introduced to the bullhook while being led around a small area by the neck.

The elephant bullhook has been used for centuries in elephant handling. It consists of a large sharp spike with a hook coming off of one side. The hook allows the keeper to assert his commands over the elephant. "Training techniques used by Gary Jacobson, (trainer at Ringling Brothers,) include a lot of brute force, manpower, electricity and savage disposition" - Sam Haddock. "Sink that hook into 'em. When you hear that screaming, then you know you got their attention." Trainer Tim Frisco a Carson & Barnes elephant trainer, who learned the trade from his father, a former trainer for Ringling Bros. and Barnum & Bailey Circus instructs.

Ringling Brothers falsley claims that performances are based on what the animals naturally do during plany and socialization. This if far from true. Elephants do not normally sit up on their hind legs, this is unnatural and uncomforatble for them. Nor do they stand in two or even one armed handstands or on their heads. In order to get elephants to perform these well received tricks, hundreds of hours are spent with the bullhook.

The 11 elephants used in the show this video came from-most of whom were captured in the wilds of Asia as early as 1957 and some of whom have spent more than 40 years with the circus-suffer month after month at the hands of Ringling and its crew. PETA documented workers as they struck elephants and tigers on the head, face, ears, trunk, legs, and other parts of their bodies with bullhooks and other abusive handling tools. The unit's animal superintendant and head elephant trainer were among those who used bullhooks-sharp, fireplace pokerlike devices-to hook and yank elephants by their sensitive skin, as can be seen in this undercover video

Possibly even worse than the beating the elephants endure is the confinement. Elephants normally roam in large social groups for up to 50 miles a day. In circuses they are often kept in spaces no bigger than a standard studio apartment and in many cases, they are chained in spaces the size of an automobile by two legs, for up to 20 hours a day. Some are even kept in trucks.

This obviously has psychological and physical effects on the animals.

They Admit This Is True

Ringling Brothers and Barnum and Bailey Circus were just taken to court for their unethical and inhumane treatment of elephants but sadly the case was just dismissed (Dec.30, 2009) on a legal technicality. They will most likely try to spin this verdict as their victory, but it is by no means a vindication of their brutal training and management practices.

During the trial, Ringling Brothers employees and even CEO Kenneth Feld stated under oath and in sworn documentation that: the elephants are routinely hit with bullhooks, they are regularly chained in box cars for more than 26 hours at a time and for as long as 100 hours without a break while traveling across the country for 11 months of the year, and for as much as 22Â½ hours each day in Ringling's breeding center. Baby elephants are forcibly separated from their mothers for training at age two or younger.

This photo comes from another excellent blog which discusses not only elephant abuse, but how desperate elephants trying to escape sometimes break free and may cause harm people. Circus Animals Abused And Dangerous

Modoc: The True Story of the Greatest Elephant That Ever Lived
This is truly one of the best, most heartwarming books I have ever read. It is a true story that spans a lifetime about a boy and his elephant. Reading this will change what you think you know about elephants, it will have you on the edge of your seat, it will make you smile and it will make you cry.
Buy Now

Elephants are an endangered species. In Africa, there were once millions of elephants who roamed the entire continent. Now they are found in only sub-Sahara Africa and their numbers are around 300,000. The Asian elephant is even more critically endangered. Its numbers are down to only about 30,000.

It is hard to imagine that anyone could condone the cruelty elephants suffer at the hands of circus trainers. However, people continue to embrace the circus -especially Ringling Brothers. There is often a disconnect between what people say they believe about animals and how they act when it comes to animals. Most humans claim to take animals' interests seriously but in practice continue to ignore them for trivial reasons.

It's just something to think about and reflect upon.

This heartbreaking picture shows a sad and very abused elephant who has spent her entire life in the circus.

"I can tell you that they live in confinement and they are beaten all the time when they don't perform properly"- Rider.

Certainly we should applaud the human circus performers who do truly amazing feats, train and work so very hard and skillfully at their artistry. But now, isn't it time that we follow in the footsteps of Sweden, Austria, Costa Rica, India, Finland and Singapore and ban or at least seriously restrict the use of animals in entertainment? Parents planning a family trip to the circus don't know about the violent training sessions these animals face with ropes, bullhooks and electric shock prods. Now you know. Now perhaps you can help spread the word or make a difference in some small way.

All proceeds are donated to charity to help elephants.

Elephants on the Edge: What Animals Teach Us about Humanity
Buy Now 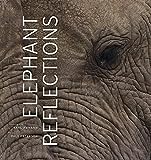 The Elephant's Secret Sense: The Hidden Life of the Wild Herds of Africa
Buy Now

In the circus, elephants die prematurely from disease and the stress of confinement, for what?

Thanks For Visiting - I would love to hear your comments