Dealing With a Dog in Heat at Home

My girlfriend and I like to foster dogs. This essentially means a dog is "pulled" from a shelter (rescued from almost certain death), and we take care of the dog in question until she can be adopted out to a "forever home." We typically only foster senior dogs, and the majority of the time it's a miniature dachshund or dachshund mix.

Our current foster, Coco, was dumped into a "kill shelter" (a shelter that eventually euthanizes some of the dogs when they inevitably don't find a home) by her previous owners after they used her for breeding for many years. As a result, Coco was never spayed, and as I write this, she is presently in heat. This means that blood leaks out of her constantly, and will do so for the next few days (this typically lasts about 2 weeks, and happens twice a year... fortunately, we're near the end of it).

It is absolutely astounding to me that Coco was left behind... essentially, to die. This blows my mind. This little girl is one of the sweetest dogs I've ever met in my life! She greets me at the door every time I come home, jumps up trying to nip playfully at my hands while I'm walking around, and does this supercute little dance where she brings her front paws together. She always listens to me, too. If we want her to be close to us, there is nothing that could make her happier. Again, it blows my mind that someone would consider just dropping her off, but that is the way breeders are. They view their dogs merely as property, an investment to bring them in more cash. 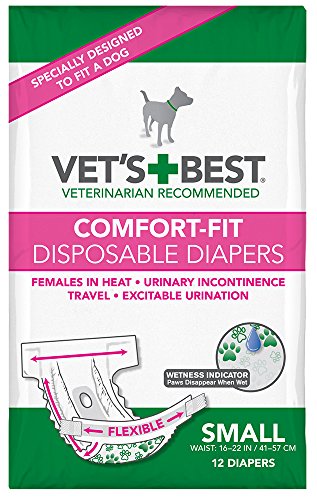 Please have your dog fixed!

It's really terrible of Coco's previous owners not to have had her fixed. This means she's much more anxious, and obviously deals with being in heat 2x every single year. It's a real lack of responsibility on the owner's end. However, they only viewed her as a cash item, not as a living pet or friend the way we do. They wanted to make a few bucks off of Coco, then when she had exhausted her usefulness, they dropped her off at the shelter to be killed.

I find this concept almost impossible to imagine or sympathize with, even a little bit. Dogs are there for you when you come home, and they don't care how terrible a day they've had, they're going to love you so much and be so excited and me me me! I can't believe you're home! Look at me! Look at me! It's just about impossible to remain in a bad mood once your dog is throwing herself on you for your attention, eagerly waiting for you to arrive home for the day.

Anyway, in order to keep Coco inside (all of our dogs are always "inside dogs", which is really the only way to go), we needed some doggy diapers, and found these. They stay on for at least long enough to get her settled into one spot, and eventually she works her way out of them, but considering what they're up against (an anxious dog who is in heat), they do a great job of absorbing all of the blood and saving our carpets and furniture.

In addition to the diapers themselves, which a rambunctious Coco would inevitably manage to pull off, we also had to "Coco-proof" parts of our house, by making sure she only had access to the areas of hardwood floor any time we weren't there. This involved, at first, crate rest for Coco, but we soon learned that her incredible anxiety didn't allow for this. As such, we moved on to closing off the carpeted portions of the house with a hall door (fortunately, my house is divided in that manner, so it works fairly well). You may need to experiment a little with what works for you.

You may also want to consider making sure you cover your couch with sheets or towels. I had a similar experience with my old roommate's pit bull, Athena, and her rambunctious unfixed pit bull behavior. We also learned very quickly to put away important, sensitive items like clothing and extraneous rugs and such. Regardless, you're going to figure out on your own through trial and error what works... but you may want one of the "errors" not to be a super expensive couch or bed, so keep those things covered up!

We've had Coco for about 3 months now, and she has been nursed back completely to health after being fixed and having her dental work done. She's one of the sweetest dogs I've ever known, always greeting me happily whenever I arrive at home, and we're really going to miss her. She has been adopted, though, which is amazing news! This means, for us, that we can take care of another foster dog and, ultimately, help to save another life. Hooray for us, and hooray for another dog we get to rescue and bring back to good health, if necessary. Hopefully our next one will be fixed!