The Search for a Hypoallergenic Cat

I have always loved cats but like many people I have an allergy to those feline friends. I knew that I would not cope with a normal moggy cat because my wife's parents had two beautiful black cats. When I visited their house my asthma would play up and I would start to sneeze and allergise to them. When we got married my wife and I were keen to get a cat, so the search for a hypoallergenic cat commenced!

What Is A Hypoallergenic Cat?

Cats produce several allergens which some people can react to. These allergens produced by the cats are proteins called Fel D1, Fel D2, Fel D3 and Fel D4. The most allergising of these are Fel D1 (found in the skin) and Fel D4 (found in the saliva). There are are a few breeds of cat which are thought to produce less of these allergens or shed less fur and these breeds are referred to as hypoallergenic. My wife and I set up visits to local breeders of these cats so I could spend some time with them to see if I would allergise.

Our first visit was an appointment with a Bengal cat breeder. A Bengal cat is a cross between a domestic cat and an Asian Leopard cat. They have large spots and the appearance of a wild cat. They are thought to be hypoallergenic because of their very short coat but we have read mixed reviews. The breeder put us in a room with a few adult cats and let my wife and I pet them for half an hour. They were very handsome and friendly cats with a lovely temperament. One of of the male cats really took a liking to me and at first I had no reaction. Normally with a domestic cat I would start to allergise fairly quickly but it was about 25 minutes until I noticed my eyes were starting to itch. By the time that we got home I had started to allergise badly. My face had swollen up around my eyes so I took an antihistamine but it took until the next day for the swelling to go down. The search continues....

My Wife Loved This Book. 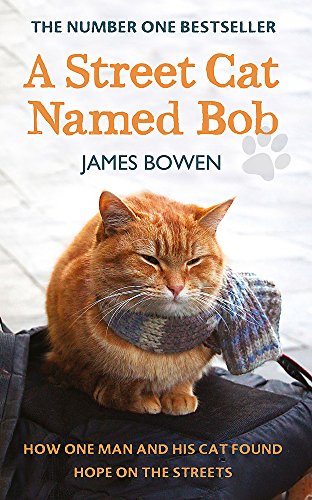 Our next visit was to see some Siberian cats. We were surprised these cats were thought to be hypoallergenic because they had such a long coat. However, there have been tests that suggest their coats produce fewer Fel D1 allergen. When we walked into the room they were all lying around like great big balls of fluff. They seemed very content in getting cosy and having a good cat nap. They were quite content to take a fuss and they were very friendly. Considering the room was completely full of cats it took me a good 30 minutes before my nose started to feel ever so slightly twitchy. That was the only reaction I got and I was completely fine by the time I got home. We decided against a Siberian cat beause if my nose was itchy after 30 minutes what would I be like after a few hours? The search continues....

We next went to see some old friends who invited us to see their Devon Rex cat who was then 20 years old! Devon Rex cats are more hypoallergenic than normal cats because of their very short coat which is curly and incredibly soft. This was a result of a mutation from a litter in buckfastliegh in Devon, England in the 1960s. They have very large ears and their whiskers are very short and brittle. During my time with their cat I had no reaction whatsoever, so we quickly organised to visit a cat breeder. Later that day we had returned home with a new Devon Rex Kitten that we named Stanley. He was a beautiful ginger cat with huge ears, a very short coat and a nearly bald belly. The breeder said he was a monkey in disguise! Devon Rex's are very similar to the Cornish Rex but the Devon Rex is smaller with a different shaped head.

A friend posted this picture on my Facebook wall about a month after we got Stan. He thought we would like it as we had just got a new ginger kitten. I couldn't believe it as it was actually Stan and his little sister. The breeder had posted this picture on their website to advertise two Devon Rex kittens she had for sale. We still have the original picture without the caption. Stanley loves to play fetch with a twig and is incredibly affectionate. Every morning, before his breakfast, he will cuddle me with his head tucked under my chin and his arms around my neck.

Reginald - A Friend For Stanley.

After a year with Stan we decided to get him a new baby brother called Reginald. Reggie is a Devon Si-Rex which is a Devon Rex with Siamese colouring. The first time they met, Reggie gave Stan a high pitched hiss, but after a day they were the best of friends. We often find them wrapped up in a cuddle with their arms wrapped around each other.

Stan and Reg making friends and having a cuddle.

Reggie loves to chat to his toys and runs around the house with them in his mouth. He is a bit naughty like Stan and he can jump to the top of the door. Reggie can sometimes be a bit grumpy and we call him Mr Grouch. Devon Rex cats often latch on to one person and Reggie loves my wife. He will wait outside the bedroom door in the morning and wait until she gets up so he can have his cuddle.

Is a Devon Rex for You?

If you are allergic to cats you could consider a Devon Rex. I cope very well with two cats in the house and would struggle if they were moggies. However, I don't think they are completely hypoallergenic as sometimes I have the odd sneeze. Devon Rex cats are full of character and have a lot of love to give. They are clever, playful and a little bit naughty, but I wouldn't have them any other way!

How Allergic To Cats Are You?

How Allergic To Cats Are You?