Known by the names Saint Guinefort and Gelert (or Gellert), and connected with Saint Christopher (called Cynocephalos or Cynocephalus in Greek), this dog headed saint lives on through modern times.

Saint Guinefort was a very unusual Saint. In fact, he was a greyhound who lived in France in the 13th Century. To the people, he was loved and venerated. To the Church, who didn't at first realize that Saint Guinefort was a dog, he was an embarrassment. Despite the best efforts of the church to stamp out all references to this beloved dog, Saint Guinefort remained popular until the 1940s.

"Gellert" or "Gelert" is the Celtic variation of Saint Guinefort. Gelert was an Irish Wolfhound - and in some versions, he was a Scottish Deerhound belonging to Llywelyn the Great, Prince of Gwynedd in north Wales in the 13th Century. In the Celtic version of this faithful dog legend, although not a dog saint, Gelert was recognized as a heroic dog and martyr and was buried with great ceremony and reverence. His gravestone still exists and is a popular tourist attraction.

Dog faced Saint Christopher was a Christian saint and martyr who lived in the 3rd/4th Century. Saint Christopher has also been called St. Guinefort, possibly because of the Greek translation Cynocephalos, which means dog-faced in Greek and which was used to describe both [Saint] Guinefort and Saint Christopher. He is depicted a a dog headed giant in many of the old icons and statues.

The picture on the top left is a compilation of images from the Byzantine Museum in Athens, Greece.

• The Story of Guinefort

• Saint Guinefort on the Web

• The Story of Gelert the Dog

• Grave of Gelert the Dog

• Books About the Faithful Dog "Gelert"

• Books About Animals in Medieval Times

Books About the Faithful Dog "Gelert" - READ MORE ABOUT GELERT

Guinefort was a faithful greyhound, belonging to a knight who lived in France in the thirteenth century. As the story goes, one day the knight went hunting and left his infant son under the care of Guinefort, his trusted dog. When he returned, Guinefort ran to greet his master. Everything was in a state of of disarray: the baby's cradle had been overturned and the baby was nowhere to be seen. Furthermore, the dog had blood around its mouth.

Thinking Guinefort had killed his infant son, the knight immediately drew his sword and killed the dog. Guinefort is heard to make a final yelp, which stirs the child. The baby begins to cry and the knight finds his son unharmed under the cradle. The knight also finds the dead snake killed by Guinefort before it could attack the child. In some versions of the story, the snake is a wolf, killed by the trusted dog. The knight realizes his terrible mistake and he is overcome with remorse.

The knight and his family build a shrine for Guinefort and place the dog in a well with a grove of trees around it. The local people pay homage to this brave dog and many miracles are reported to occur at his shrine. The dog was recognized throughout the land as the protector of infants and from that day on, Guinefort was referred to as "Saint Guinefort."

This image is from The Digital Scriptorium

STEPHEN OF BOURBON GOES TO VISIT THE SHRINE OF ST. GUINEFORT

An inquisitor of the Roman Catholic Church, Stephen of Bourbon (1180-1262) was traveling in the French countryside preaching and hearing confessions. During his travels, he began hearing accounts of devotion to a new saint. This saint was very popular and all the children of the region were taken to his shrine to be blessed.

Having never heard of Saint Guinefort and hearing the many reports of physical healings that were said to have occurred at his shrine, Stephen of Bourbon decided to visit the shrine for himself and learn more about this holy man. When he arrived there however, he found that the saint was not a holy man at all. St. Guinefort was, in fact, a dog!

Steven of Bourbon was outraged and called St. Guinefort's followers "pagan devil worshipers" and he had the shrine of St. Guinefort destroyed. He didn't stop there however. He ordered the the remains of the dog Guinefort to be dug up and he had the sacred grove of trees cut down. Then he had everything burned to the ground.

The Inquisitor secured the cooperation of the local authorities, who agreed to keep watch and to confiscate the possessions of anyone going near the shrine. He assumed that he had done away with this evil pagan idolatry and devil worship. Little did he know that Saint Guinefort would remain popular.

The Catholic Church was up in arms about people worshiping a dog, let alone calling him a saint. Catholic commentators declared that the locals sacrificed babies and threw them down the well, but this didn't stick. The cult of Saint Guinefort the Greyhound continued for almost 700 years.

There are ruins of a chapel dedicated to Saint Guinefort the Greyhound at Trevon in Brittany, France. In 1987 there was a movie made about Guinefort called "The Sorceress."

It has been reported that in 1879, the Catholic Church in France continued to complain about religious veneration of a dog saint.

We have much to learn from animals.The courage, faithfulness and loyalty shown by this martyred greyhound is a far better example of Christianity than was shown by Inquisitor Steven of Bourbon, who destroyed the bones and shrine of Guinefort and had all of Guinefort's followers punished. The dog Guinefort's example also far surpasses that of the Catholic Church, who initiated and spread the false rumor of children being killed at Guinefort's shrine, and tried to wipe out all memory of this dog saint.

The people's devotion to the dog Guinefort was much greater than their fear of punishment even during the Inquisition, and they continued to venerate Saint Guinefort for nearly 700 years.

CELTIC LEGEND OF A FAITHFUL DOG

The story of Gelert the dog is a 13th Century Welsh variation of the history of Guinefort the dog. The best way I can tell this story is to show Gelert's gravestone and to quote the inscription directly from his gravestone (English version).

IN THE 13TH CENTURY, LLEWELYN, PRINCE OF NORTH WALES, HAD A PALACE AT BEDDGELERT. ONE DAY HE WENT HUNTING WITHOUT GELERT "THE FAITHFUL HOUND" WHO WAS UNACCOUNTABLY ABSENT. ON LLEWELYN'S RETURN, THE TRUANT STAINED AND SMEARED WITH BLOOD, JOYFULLY SPRANG TO MEET HIS MASTER. THE PRINCE ALARMED HASTENED TO FIND HIS SON, AND SAW THE INFANT'S COT EMPTY, THE BEDCLOTHES AND FLOOR COVERED WITH BLOOD. THE FRANTIC FATHER PLUNGED THE SWORD INTO THE HOUND'S SIDE THINKING IT HAD KILLED HIS HEIR. THE DOG'S DYING YELL WAS ANSWERED BY A CHILD'S CRY. LLEWELYN SEARCHED AND DISCOVERED HIS BOY UNHARMED BUT NEAR BY LAY THE BODY OF A MIGHTY WOLF WHICH GELERT HAD SLAIN, THE PRINCE FILLED WITH REMORSE IS SAID NEVER TO HAVE SMILED AGAIN. HE BURIED GELERT HERE. THE SPOT IS CALLED BEDDGELLERT.

A Cynocephalus from the Nuremberg Chronicle (1493).

Saint Christopher is said to have been from a race of giants. It is believed that he was a member of the North African tribe of Marmartae, located on the edge of what was known as Roman Egypt and commonly referred to as the land of cannibals and dog headed people. According to the eleventh century Old English Passion of St. Christopher, he came from a race of people that were half hound and had the face of a dog. The reason that this tribe was thought of in this way was likely due to the fact that the Marmartae tribe were pagans, as well as cannibals, and they were most definitely outside of the "civilized" Greco-Roman-Persian world.

Early Orthodox icons depicted him this way literally: as a dog-headed saint.

Not much is know about his early life. He is believed to have been named Reprebus before his baptism.

Many legends are associated with Saint Christopher but there is little actual fact. In Jacques de Voragine's (c.1229-98) Medieval text The Golden Legend, also known as the Lives of the Saints, he describes St. Christopher: "He was of gigantic stature, had a terrifying mien, was twelve coudees tall [12 to 18 feet tall]."

St. Christopher was said to have enormous strength and instead of following the customs of the members of his tribe, he devoted himself to helping others. Among other things, he was said to have carried many travelers across a wide river, getting them safely to the other side. One day a small child asked him to carry him across. According to the legend, this Child felt extremely heavy and Saint Christopher used all his strength to cross the river. When they arrived safely on the other side, the child identified himself. The child was Christ, and the heaviness was the weight of the world.

The giant was then baptized and given the name "Christopher," meaning "bearer of Christ. It is because of this story that Saint Christopher became known as the Patron saint of ferrymen and travelers, hence the practice of wearing his medal on journeys.

St. Christopher became a martyr under Roman Emperor Decius in the third century. Christopher was first asked to renounce Christ. When he refused, he was tortured and then beheaded with a sword.

This image is from the Byzantine Museum in Athens, Greece.

Cynocephali illustrated in the Kievan psalter, 1397.

The Medieval Menagerie: Animals in the Art of the Middle Ages
Buy Now 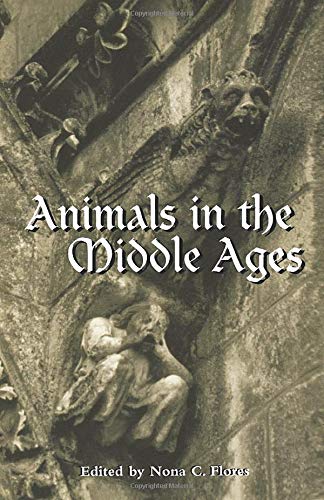 Dogs As Healers - Dogs as Healers, Teachers and Heroes

Great books about our canine companions as healers, teachers and heroes 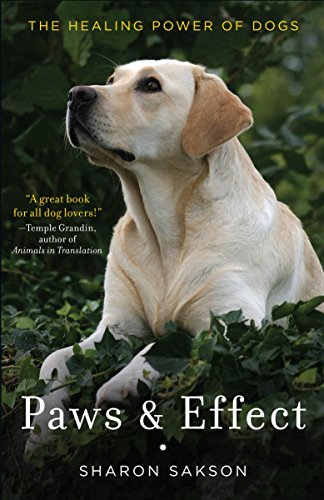 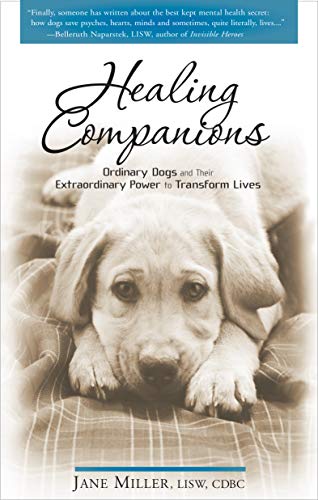 The Healing Power of Pets: Harnessing the Amazing Ability of Pets to Make and Keep People Happy and Healthy
Buy Now 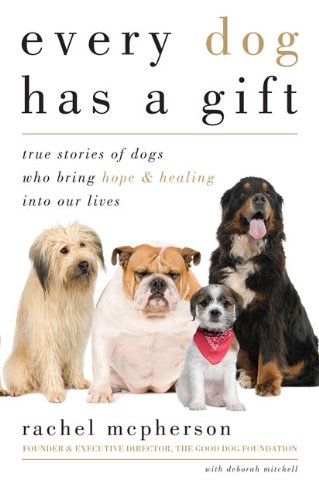 Every Dog Has a Gift: True Stories of Dogs Who Bring Hope & Healing into Our Lives
Buy Now 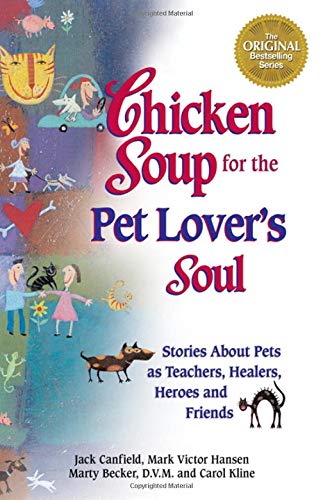 SquiDirectory - A categorized Squidoo directory featuring an interesting variety of different subjects ranging from arts and literature, shopping, and eco friendly tips, to vehicles for sale, travel, and everything in between.

Feel free to let me know what you like or don't like about this lens! Also tell me if there's anything you would like me to add!