Having grown up in a house full of dog lovers and breeding beagles I have learned a few things about dogs in heat that I would like to pass on. So if your dogs in heat, this is where to get some answers. Love your dog!

For dogs in heat/season info read on.

How To Know When Your Dogs In Heat

Female dogs in heat are somewhat similar to a human female in menstruation. During the "heat" cycle, the dog may became pregnant.

1. Proestrus: Starts with the appearance of vaginal bleeding. It normally lasts from 4 to 9 days. Increased swelling of the vulva and possibly an increase in urination. Male dogs become very persistent, but she will not yet mate with them.

2. Estrus: The female will accept the male and conception can occur. The vaginal discharge is more yellowish than bloody. Usually, the stage lasts for 4 to 13 days. Your female will allow any male dog to breed with her at this time.

Metestrus and anestrus: Periods of ovarian activity, but with no symptoms. False pregnancies can occur during metestrus.

The dog will bleed from the vagina, may have swelling of the vulva and increased urination.

Small dogs will of course have less bleeding and the swelling may be harder to spot.

For a better understanding of Dogs In Heat

To get a detailed knowledge on all doggy matters it is an owners must to buy one of the books below. These are truly informative and extremely easy to read. It is simple and effortless to look something up or just gradually work through one of these books. My personal recommendation is the Newfoundlands book as it covers everything you need to know. 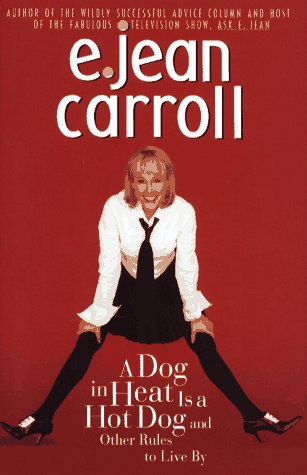 Can a dog get pregnant in her first heat?

YES! First heat can vary greatly dog to dog. The youngest is about six months of age though sometimes a female will come into season younger. First heat can start as late as 12 or even 14 months of age or later in rare cases. Although it is not advisable to breed dogs until they are about 2 years old.

How Long Does Heat Last?

If your dogs in heat, how long will it last?

The heat period varies from 8 to 30 days with an average of about 20 days. Most female dogs will allow breeding around 10 to 16 days after start of the cycle.

You should consider your pet to be "in heat" for 21 days: 7 days coming into heat, 7 days in heat, 7 days going out. Though conception is most likely during the middle 7 days. If you want to ensure that your dog will not become pregnant, you should keep her confined for the entire 3 week period. Again, not all dogs follow with the norm. Watch your female and record her cycle. It will usually stay the same throughout her lifetime.

is essential grooming equipment for all dog owners. It reduces shedding by up to 90%. The FURminator works by removing the dead loose undercoat while leaving the topcoat of hair undamaged. It is far superior than any comb or brush and that is way I have bought one myself. They are effective for both long and short haired dogs. What's more they promote healthier skin by bringing out the dog's natural oils.

If you have no intentions on breeding your female, then it is best to get her spayed. The are no benefits on waiting and it is recommended that you get her spayed before her first heat cycle. Mainly for health reasons. Decreased chance of having mammary tumors. No chance of getting pyometra and metritis. And of course, the best reason is to stop unwanted litters. Overpopulation is is a large problem throughout the United States.

For more information on spaying/neutering please read these following articles:

Pamper your dog in heat 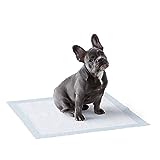 A male dog who has had both testicles surgically removed, and is not capable of producing offspring. Also known as castration.

Neutered dogs are much happier when their hormones are not raging.

Neutered males will show a decrease in the desire to mark territory. This includes inside the house.

They are less aggressive without the raging testosterone.

A dog who has been neutered young is much calmer. He no longer roams the streets in search of a female, reducing risk of being hit by a car, getting in fights with other males, getting lost or taken.

Overall, a neutered dog is a much happier dog, as well as their owners.

Common Questions about dogs in heat/season

1. At what age do female dogs first go into heat?

As early as six months of age. Most dogs are sexually mature by one year of age, but some dogs may not reach sexual maturity until 18 months of age.

2. How many times a year do female dogs go into heat?

This varies from dog to dog, but typically female dogs go into heat one to four times per year.

3. During what times of the year can a female dog get pregnant?

The heat cycles of most dogs are not affected by the season. So, dogs can potentially become pregnant at any time of the year.

4. What is the gestation period for a pregnant dog?

5. Can dogs become pregnant while they are nursing puppies?

Unlike cats, dogs are very unlikely to become pregnant while they are nursing. However, they can go into heat and become pregnant as early as three months after giving birth.

6. At what age do unspayed female dogs stop giving birth to puppies?

Fertility gradually declines over time, there is no particular age after which a female dog can no longer become pregnant.

7. Can dogs from the same litter mate and produce litters?

8. If my dog is pregnant, can she be spayed?

Yes. The surgery, however, can be slightly more difficult in a pregnant dog. This is one reason why it is so important to have your dog spayed before her first heat.

9. Can dogs be spayed/neutered if they've been sick?

Yes, but it is a good idea to wait a little while.

10. Should I allow my female dog to have one litter before spaying her?

No. There is absolutely no benefit to the dog in doing this.

What to do when your dog is in heat?

Once you have noticed the signs mentioned above and realised that your dog is in heat, what should do? How should you care for your dog?

Well there is nothing to worry about and you be shouldn’t concerned as long as you act correctly.

A warning, while your dog is in heat it releases a hormone to entice the male dogs. Therefore, it is not advised to let your dog out alone otherwise the male dogs will go crazy for her. To resolve this, whenever you take your dog out, walk her on a leash. To disguise the scent of the hormone released, try rubbing some menthol onto the tip of her tail, this should mask the smell.

Dogs in heat are much more emotional, they can swing from being more excitable to being more cautious and anxious. To calm your dog try to avoid letting young kids play with the dog as they probably won’t be sufficiently sensitive with the dog and may irritate it. Positive actions to relax the dog involve, playing soothing music and brushing the dog’s coat.

Do dogs go through menopause if they havn't been spayed?

No. Dogs will not lose their ability to become pregnant at any age. The dog's fertility slowly declines which is not comparable to humans, whose eggs are no longer being produced. Therefore if you have an older dog she must be spayed if you don't want her to have any more litters.

Please, if you may be in doubt about your dogs health, TAKE THEM TO A VET!

Ask me a question or leave a comment. I'll try to get back to you as soon as possible. Thanks!

If you have found this information useful please rate my lens. Thanks! 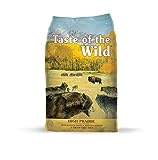