The dogs of war!

This is Sargeant Stubby, hero and veteran of WWI, and perhaps the most decorated War Dog in history.

Working along side brave soldiers, K9 Corps have helped soldiers since WW I fight for our freedom - saving many, many lives, with no regard for their own.

This lens honors those canine military heroes and is dedicated to thousands of dogs that have given their lives to military service over the years.

Photos of archived war dogs including Stubby courtesy of the Smithsonian.

Cairo, the four-Legged hero of Operation Neptune Spear that resulted in the death of Osama bin Laden.

On May 1, 2011, 79 Navy Seals and one four-legged soldier, named Cairo, stormed the Osama bin Laden compound and hideout in Abbottabod, Pakistan. The founder of the al-Qaeda organization, reported responsible for the September 11 attacks on the United States and numerous other mass-casualty attacks against civilian and military targets,was killed during that raid.

Although the names of the 79 US Navy SEALS will not be released for their protection, the dog in question (most likely a German shepherd or a Belgian Malinois, military sources say) remained a mystery until May 7th, six days after the attack, when President Barack Obama visited Fort Campbell, one of the nation's largest military bases, to meet privately with members of the assault force that carried out the mission to get bin Laden, thanking each one individually for their "heroic and selfless service" to the country. That's when the name of the 80th four-legged Navy SEAL was released.

It isn't a surprise that one of the members of the platoon was a dog. Dogs have played a significant part in military history for over 100 years.

As of 2010 the US Army had over 2,800 active military dogs deployed and they numbers continue to grow as their vital assistance becomes an ever increasing asset. Today, classified as more than just 'equipment,' Military Working Dogs (MWDs) are outfitted with equipment of their own -- a range of specialized gear that includes Doggles (protective eye wear), body armor, life vests, gas masks, long-range GPS-equipped vests, and high-tech canine "flak jackets," according to Rebecca Frankel is deputy managing editor of ForeignPolicy.com.

We salute Cairo and the 79 other brave US Navy SEALS that participated in the raid on May 1, 2011.

A tribute to war dogs!

This is Chips, the most decorated war dog from World War II.

Chips, a German Shepherd, Collie, Husky mix was donated by Edward J. Wren of Pleasantville, New York, and trained at Front Royal, Virginia in 1942. He was among the dogs to be shipped overseas and assigned to the 3d Infantry Division, serving with that unit in North Africa, Sicily, Italy, France and Germany.

His assignments included sentry duty at the Roosevelt-Churchill conference in Casablanca in January 1943. Although trained as a sentry dog, Chips was reported on one occasion by members of Company I, 30th Infantry Regiment, to have broken away from his handler and attacked a pillbox containing an enemy machine gun crew in Sicily. He seized one man and forced the entire crew to surrender. He was also credited by the units to which he was assigned as having been directly responsible for capture of numerous enemies by alerting to their presence.

In recognition of his service Chips was awarded the Silver Star and the Purple Heart, both were later revoked.

In 1993 Disney produced a TV movie about Chips called "Chips the War Dog".

Chips the War Dog and more on VHS and DVD! 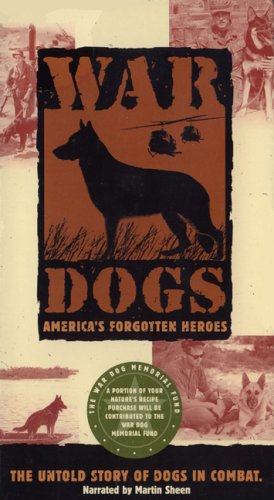 K-9 troops from the past!

In 1916, the United States was deep in a conflict that changed the world. A time of innocence and idealism would collapse in the face of WWI.

As areas of sporting events, education and otherwise peaceful intentions were pressed into service by the military, a group of students participated in military training in Yale Field and were joined by a charming, happy Bull Terrier, one we would quickly identify as a Pit Bull today.

Stubby, as he came to be known for his chunky body and good sense of humor, was an endearing mascot and treasured companion, so when the young men were reassigned to Newport News for final training before deployment, they couldn't abandon him.

It is difficult to say how many soldiers returned home due to Stubby's alerts over gas attacks (he could smell the gas in time for the soldiers to get their masks on) or when he identified and captured (by the seat of his pants, no less) a German spy.

In 1926, after a life worthy of several movies, Stubby died. His remains were preserved and are still maintained (along with his "uniform" made by the French ladies and his medals) by the Smithsonian Institution of Washington, DC.

More about the dogs of war!

Chips and Stubby are just two of the thousands of dogs that have given their lives to military service over the years. We honor our brave brothers and sisters who valiantly served their country.

Here are a few links for learning more about military canines throughout history!

In January 1945, Smoky protected the lives of 250 men and saved 40 US war planes from being destroyed by Japanese bombers. Smoky's 89-year-old owner, Bill Wynne, a United States veteran of the war in the Pacific, accepted the PDSA Certificate for animal bravery or devotion to duty.

Dogs of War is brought to you by...

JohannTheDog.com - where you can shop for cool stuff for cool dogs!

We've put together, in one place, all the cool stuff you need for your dog!

And the best part is we donate 10% of our profits to dog shelters and rescues!

Great stories of dogs of war!

War Dogs: A History of Loyalty and Heroism
Buy Now 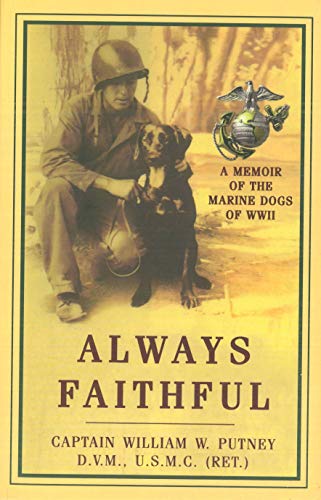 Always Faithful: A Memoir of the Marine Dogs of WWII
Buy Now 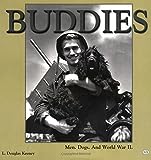 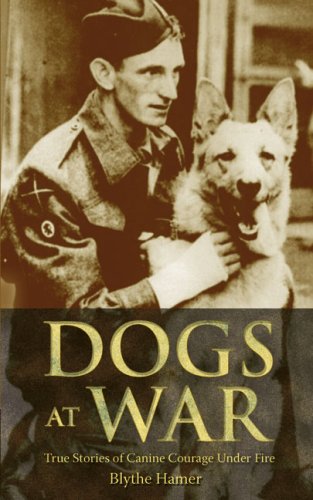 A salute to Cpl. Kory D. Wiens and Cooper

The first military working dog team killed in action together since the beginning of the wars in Iraq and Afghanistan were laid to rest together July 18, 2007..

Cpl. Kory D. Wiens, 20, of the 94th Mine Dog Detachment, 5th Engineer Battalion, 1st Engineer Brigade of Fort Leonard Wood, Mo., and his partner, Cooper, were killed July 6 by an improvised explosive device while on patrol in Muhammad Sath, Iraq. They had been in Iraq since January.

The cremated remains of Wiens and Cooper, a Labrador retriever, were buried together at Salt Creek Cemetery in Wiens' hometown of Dallas, Ore., at the request of his family, said Master Sgt. Matt McHugh, the family's casualty assistance officer.

"Kory referred to Cooper as his son, that's how much of a team they were," McHugh said. (Read more)

The war dogs of Vietnam!

Meet a Marine Corporal and his war dog!

Iraq war dog loses his handler but gains a family

(CNN) December 20, 2007 -- Lex attended the funeral of his best friend in March, playing with the 20-year-old Marine's younger brother away from the crowd. He was beside Cpl. Dustin Lee when Lee was killed in a mortar attack in Falluja.

Cpl. Dustin Lee, slain in Iraq in March, with his dog, Lex, who is going to live with Lee's family.

Wounded himself, Lex didn't want to leave Lee's side after the attack -- fellow Marines had to pull him away from the young man's body so medics could do their work.

Although some shrapnel remains in his body, Lex recovered from his wounds and returned to duty at the Marines' Logistics Base in Albany, Georgia, to await a new assignment.

On Friday, Lex gets that new assignment -- retirement to Lee's family home in Quitman, Mississippi, where the 8-year-old bomb-sniffing German Shepherd will live out the rest of his life.

Jerome Lee, the young Marine's father, lobbied the Marines hard for months to adopt the dog. Marine officials initially told Lee that it would be no problem to get the dog. But persuading the service to give up Lex before the dog's mandatory retirement at age 10 proved to be a challenge.

A moving ceremoney of the dedication of the Riverside War Dog Memorial. - The first official memorial honoring the dogs of war!