Things to Know About The Lion

I am a travel enthusiast who loves to write about nature and wild animals.

Lion “king of the jungle” is an imperial beast living in the wild. Their size, strength, social presence, and regal look explain that they are the king of beasts. They are the ultimate predators of the wild. Seeing lion hunting can give goosebumps to most of us. They are the second biggest cats in the world after tigers.

Lions are the most social cat species. They live in a social group called pride. A lion’s pride may have at least three lions to at most 40 lions. Pride usually has one leading male called alpha male, but it can have over one leading male. The alpha male guards its territory against intruders.

Every male lion wishes to lead a pride. Leading males get lots of perks, but this does not come so easy. They have to earn this by fighting with other alpha males or intruders. The alpha male fights this battle many times in his life. Only the leading male can have babies in pride.

Most of the members in a pride are the lioness and young cubs. When the male cubs are around three years of age, they must leave their parent's pride. They live alone for the next couple of years. Later they should take over a new pride to have their own group else they will be alone for their lives.

Lion’s roar can be heard up to 8 km away, and it can be as loud as thunder. A lion can roar when it is about one year of age. The male lion grows mane (thick hair around the neck and head) that separates them from the female and gives them a royal look. But all the male lions do not have it. Lions of Tsavo, Kenya do not grow a mane. Lion’s mane not only gives a royal look to it but also offers an extra line of defense to the neck while they fight with other lions.

With the powerful built, this best can achieve a bite force of 650 psi. It may sound impressive, but it is very less with fame as the king of the beasts. A hyena possesses more bite force than a lion. Lion as a Hunter

Lions eat a lot of meat, and they need to hunt a lot for this. The success rate of hunting is not very impressive for a lion, and it is less than 30 percent.

Lioness in the pride do most of the hunting. The prey like zebras, buffaloes, and wildebeests are bigger. But with strategy and skill, they gain success while hunting. The male lion eats first, and others can join the party later. The male lion is also a good hunter and can hunt in a group and alone. He preserves his energy for inspecting his territory and defending it from intruders. It is the main task of the male lion.

Lion always picks a bigger prey, but if hungry, it hunts smaller prey like a mouse. Lion can also steal food from other animals like Hyena, Leopard, and wild dogs.

The Threats to the Lion

Lions counts are falling faster, and numerous factors like poaching, habitat loss, and diseases are threats to the lion. For ages killing a lion is viewed as an act of valor. The rising need for the lion’s body part is increasing poaching of lions.

The lion kills itself more than any other creature. Whenever a lion takes over a new group, it kills all the cubs of that pride. So that the females can be receptive soon and the lion can have his babies.

There was a time when lions used to roar all over the world. They used to roam around Southern America, Europe, Africa, and Asia. Now their habitat is sinking, and they are living only in Sub-Saharan Africa and in Gir National Park in Gujrat, India. The lions of Europe were disappeared about 1,000 years ago.

Around 523 Asiatic lions are living in Gir National Park in India. The Asiatic lions are labeled as endangered. Decade back, their counts were less than 500. But with the effort of local people and state authority, the numbers are now rising. 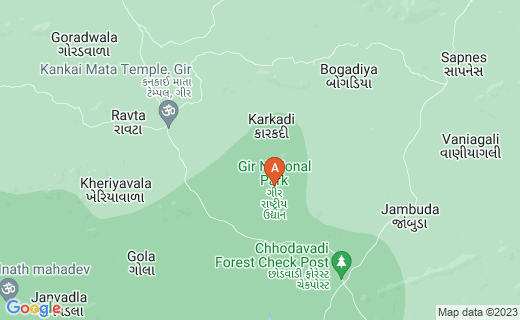 Only home for Asiatic Lion

Tigers and lions never see each other in the wild. Tigers like to live in the dense forest while lions live in the grassland.

A lion is a symbol of power, dominance, leadership, and royalty.

Lion plays a key part in the food chain. They do not have a natural predator in the ecosystem. But the numbers of lions are falling faster. If we do not act now, then the next generation can not witness this beast. They will see only the statue of a lion. We should take proper steps to guard the lions. It will be a great gift from us to the coming age.

Thank you for reading this article. Please share your views and questions in the below comment section.