Bats are amazing creatures. Bats are the only mammals that can truly fly. Little Brown Bats live all over the northern part of the United States, Southern Canada and in the mountains of Mexico. There are various kinds of bats that live all over the world. I became interested in Little Brown Bats when I heard about the terrible disease, White Nose Syndrome, that has been decimating populations of bats throughout the northeastern part of the United States including my native state of Vermont. It is believed that 90% of the bats have died out here in Vermont in the past 3 years and that within 15 years, Little Brown Bats may become completely extinct. Little Brown Bats are now on the endangered species list in the state of Vermont.

With the disappearance of bats, the insect population may dramatically increase which could cause problems for agriculture and tourism.

This unit study is designed to help children come to appreciate bats and the role they play in keeping a balance in insect populations. Children will learn the habits of Little Brown Bats, the food the bats eat and the impact that the disappearance of bats may have on the economy of the region.

The sun sets in the west and the bats begin to fly out of the belfry, swoop over the edge of the pond and use their echolocation to gobble up the evening insects. Come fly with the bats...

As we begin our unit study on Little Brown Bats I like to have a variety of books available to the children that can teach us about the bats. I choose the Gail Gibbons book about bats because it compares various different kinds of bats and gives us a good overview of the various species, habitats and body structures.

We made a bat cave for a reading nook. One year it was a play tent. Another year it was the space under a table covered in a black tablecloth.

Place a basket of bat books, a couple of plush bats and a few pillows inside the Bat Cave to invite the children in for hours of reading fun.

Books for the Bat Cave

You can turn your Lemming reading nook into a Bat Cave for learning more about Little Brown Bats. Here are some suggested books to include in your Little Brown Bat Reading Cave.

When choosing books I look for ones with simple text, beautiful illustrations and books that inform. Here are several of my children's favorite bat books that I know your children would love to read as well. 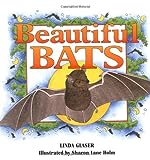 Beautiful Bats
Beautiful watercolor illustrations combined with simple text explain to children all about Little Brown Bats. Beautiful bats shows children how helpful bats are in naturally reducing insect populations and helps us understand not only how humans are responsible for the decline in bat populations but how we can change our behavior in order to help save the bats.
Buy Now

As Halloween approaches most first graders and some kindergarteners are ready to begin spelling the -at words. These are words where the beginning consonant changes but the last two letters, -at, remain. Words that rhyme with bat include:

Note that the word "what" does not rhyme with bat even though it ends in -at.

Read the story of Stellaluna, a fictional tale of a fruit bat, and then create a Venn Diagram comparing Fruit Bats with Little Brown Bats.

"Eye of newt and toe of frog,

Wool of bat and tongue of dog"

Letter B in Cursive

If you are teaching your children cursive try to get to the letter b before introducing the bat theme. The transition between the b and r can be difficult as well as the w to the n if you would like your children to write the words Little Brown Bat. I always explain to the children that these are the letters that reach out their hands on top.

When introducing new cursive letters, children love to put on a Brown Bat Finger Puppet and use it to make big swooping letters in the air.

Counting Bat Prey! - Each Bat can eat 600 Insects per Hour!

We read that bats can eat 600 insects per hour but what does that really mean? It can be difficult to grasp large numbers such as 600 so today we will be filling the sky with mosquitoes, 600 mosquitoes to be exact. 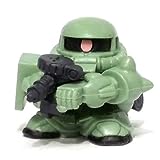 Mosquito Rubber Stamp (Realistic)
Set up a mosquito breeding station as one of your math centers. At this station children stamp mosquitoes onto 6 pages of one inch graph paper that have been cut into 10 by 10 sections. The children should stamp one mosquito into each square. The papers will be posted on a bulletin board. For every six sheets of paper we post one bat. By the end of this activity the children not only will remember that bats eat lots of insects but many will know that 10 X 10 = 100 and will have begun to lay the foundation for understanding place value.
Buy Now

After decorating your room as a bat cave, visit belfries, bat caves and small dark openings to discover the habitat of the Little Brown Bat.

Virtually walk into a Vermont Cave with scientists as they check to see how the bats are doing this year. Will they find that the entire population as died of or will they discover a stabilizing population?

Notice how well they clean their equipment once they return to the laboratory. Why do you think this is necessary? Should we as armature scientists enter caves looking for bats? Why or why not?

Do you have bats in your attic?

Tell us about your experiences with bats. Have you had bats in the belfry? Have bats roosted in your attic? Have you seen bats swooping through your yard on a summer evening?

Bragging about Bats - Have you seen bats?