Prairie Dogs have long been vilified by ranchers and others who believe that they damage the range and take valuable forage away from cattle and other livestock. In fact, prairie dogs are what is known as a keystone species, a species whose very presence contributes to the diversity of life and whose extinction would result in the extinction of species dependant on it.

How Prairie Dogs Improve the Range

Prairie dogs are selective eaters. Their primary food is grass, which they prune down to within an inch or two of the ground. As one type of plant is reduced, others take its place. Thus, prairie dogs contribute to diversity of plant species in the areas they inhabit. Constant foraging also ensures that plants must constantly regenerate themselves. This results in higher forage quality and nutritional value than that provided by mature, older plants, both for prairie dogs and other grazing animals attracted by the better forage.

Prairie dogs also help conserve water on the dry plains. As they consume the surrounding plants, the amount of evaporation from leaf surfaces is reduced, retaining more water in the soil. Prairie dog burrows help channel water into underground aquifers, reducing the effects of drought and dry seasons. This keeps the area around the colonies greener later in the year, helping both the prairie dogs who live there and the other grazing animals attracted by the late season vegetation.

Burrowing by prairie dogs improves the soil. It provides richer growing conditions for plants by mixing organic material, including their own droppings, from different layers into the soil. It also aerates compacted soil. The soil in prairie dog colonies is higher in nitrogen, phosphorus, and orgainic matter than the soil of surrounding areas.

The Role of Prairie Dogs in the Ecosystem

The higher forage quality and diversity, late season vegetation, and more open landscape provided by prairie dogs attracts a wide variety of wildlife. Over 200 other species of wildlife have been observed in or near prairie dog colonies.

For herbivorous species, the increased nutrition and diversity of the plant species are a primary draw, providing both food and shelter for many species. Some animals also like to use prairie dog burrows, abandoned or occupied, as shelter. The colonies are also very popular with predators of all types, hunting both prairie dogs and the other species attracted to the colonies.

Many of the species attracted to prairie dog colonies prefer them over any other habitat. Among the bird species known to prefer living with prairie dog colonies are horned larks, mourning doves, killdeer, barn swallows, and long-billed curlews. Mountain plovers breed, nest, and feed at prairie dog sites because the variety and density of plants is ideal for the insects on which they prey. Many other species of birds, mammals, and insects are believed to share this preference due to increased population density near colonies.

Some species not only prefer living with or near prairie dogs, they actually depend on them. The burrowing owl uses empty prairie dog burrows as nests and employs the mounds as vantage points from which to watch for the insects and small rodents that are their preferred food. Black footed ferrets are so dependent upon prairie dogs to provide them with food and shelter that, following the widespread destruction of prairie dog colonies by ranchers and others in the last century, they nearly became extinct and remain the most endangered mammal in North America.

The Destruction of the Prairie Dogs

As one of the keystone species, prairie dogs are extremely important for the ecosystem of the Great Plains. Sadly, prairie dogs have been the victims of over a century of extermination efforts. The mistaken perception that prairie dogs and cattle could not coexist was long upheld by the US government. In the 1920s, over 32 million acres of prairie dog colonies were poisoned. Prairie dogs are still regularly poisoned on federal and state lands as well as private. Black Tailed Prairie Dogs, the most widespread of the five species of prairie dogs, now occupy just one percent of their historic range.

As numbers have been reduced ever lower, talk of making prairie dogs a protected species has increased - with the sad result that landowners seem to be increasing their efforts at poisoning prairie dogs to get rid of them before protection becomes federally mandated.

Ironically, recent studies by the Journal of Range Management and others have shown that cattle, sheep, and other domestic livestock are among the many species who prefer to live in association with prairie dogs.

Studies on the Relationship Between Prairie Dogs and Cattle

Only if you want them extinct. Which some do.

Prairie dogs have been reduced to 1% of their original range and exist primarily in isolated colonies, rather than the large multi-colony systems that once maintained such an extraordinary diversity of life. Prairie dogs have relatively low birth rates (one litter of 3-4 pups per year) and commit infanticide when faced with physical barriers to the colony's expansion.

Prairie dogs are susceptible to the bubonic plague and other diseases which can be transmitted to humans. Due to the speed and thoroughness (nearly 100% mortality rate) with which these diseases kill prairie dogs, however, the risk of transmission to humans is quite small. The few documented cases of prairie dog -> human transmission involved people who had killed and skinned an infected animal. Plague is now easily treatable in humans with antibiotics. For more information, you can read this fact sheet about prairie dogs and plague.

The risk of breaking a leg in a prairie dog burrow seems to be much talked about but little experienced. Because of the surrounding mounds, the burrows are highly visible, and the documented preference of cattle and other grazers for land inhabited by prairie dogs would seem to preclude any serious danger. 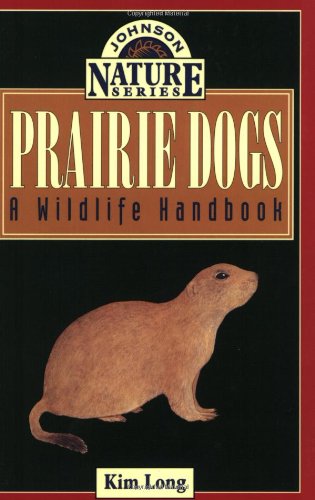