The Red-eared Slider (Trachemys scripta elegans) is the only species of Slider turtle that inhabits Louisiana. It is also the most commonly seen turtle in the Southeast. They are often seen sunning on logs in roadside ponds or crossing roads.

All photos by Y.L. Bordelon aka naturegirl7 All Rights Reserved

Red-eared sliders are medium to large turtles with high domed shells. They are attractive turtles with patterns in shades of green, yellow and brown.

The most prominent identification feature is the red spot behind the eye, which distinguishes the Red-eared from similar looking Chicken and Map turtles. Besides the red spot behind each eye, Red-eareds also have a serrated posterior carapace (the part of the shell above the tail) edge. The underside of the shell is yellow with black smudges on most of the plastral scutes (squarish plates).

Females are larger than males. Males have long "fingernails" (claws) on their front feet which they flutter in the water to attract females during mating.

Hatchlings look like adults, but are more colorful and rounder than adults.

Older male Red-eareds can become melanistic to the point of looking almost black and losing the red spots behind the eye. Notice the older, darker Red-eared Slider above the younger, more colorful one in the poster below.

Many of the turtle photos seen here can be purchased in Naturegirl7's Zazzle Shop as print-on-demand products such as posters, cards, apparel, mugs, etc.

Turtles of the Southeast

Another of the fabulous collection of animals of the southeast. Beautiful, full color photos and excellent information.

This Red-eared Slider does not have whiskers. There is a catfish below it trying to bump it out of the way. Many sliders develop algae on their backs from sun bathing in shallow water.

Red-eareds are active during the warm months and during warm spells in winter. They travel from spring through fall and as their seasonal wetlands dry up, will search for new water ways or ponds.

Red-eared Sliders can be seen sunning themselves on logs, rocks, banks and even floating vegetation.

Juvenile Red-eared Sliders are carnivorous, eating primarily insects. Adults are omnivoruous and can survive on plants, but will eat animal prey if they have the opportunity to capture or scavenge dead fish or an animal. 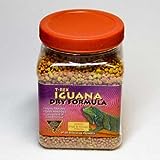 Male Red-eared Sliders have long foreclaws and use them in an unusual courtship in which he vibrates the claws in front of the females face while they are both underwater. We have observed this curious "dance" and the view from above the water looks like many small fish are hitting the surface of the water. This courtship occurs on sunny winter days through early spring.

Females lay their eggs in open, sunny areas near their wetlands. They may travel over a mile to find just the right spot for their nest. The females lay from 1-5 clutches containing from 2 to over 20 eggs (average is from 6-11) per clutch. The eggs hatch in late summer, but the hatchlings usually stay in the nest through winter and emerge the following spring to travel to the water.

Sexual maturity for males occurs at from 2-6 years of age. Females are usually at least 8 years old before they can lay eggs.

Red-eared Hatchlings in the Fifties

Back in the 1950s, when I was a kid, I used to spend hours in Audubon Park. There is a big lagoon that goes through the park and it was teaming with wildlife. Each spring, hatchling Red-eared turtles would dig their way out of their nests and scurry to the lagoon to hide in the vegetation along the banks. Ott's Pet shop, on Magazine Street, used to buy and sell the little turtles and many youngsters, myself included, would make extra money (25 cents a piece) by catching and selling the hatchlings to Mr. Ott. All you needed was a scoop net to catch them in and an old sock to keep them in. I became something of an expert and was known to catch 3 or more at a time. An enterprising young man could make $5.00 or more on a Saturday morning.

Of course, back then I did not realize that most of the little turtles that I sold to Ott's Pet shop did not come to a good end. At that time, I thought that everyone who bought them took as good care of them as I did. I was disappointed when I found out years later that a large number of the baby Red-eared turtles that were sold in shops died in captivity.

Because of the decades of selling hatchling Red-eared Turtles in the United States, Europe and elsewhere, many were released into areas outside their native range. Some have hybridized with other Slider species and there is concern that their genes may swamp those of the native population. There have been reports of Red-eareds displacing native turtles in Europe and also, of their becoming established in Southeast Asia. However, in China, the use of Red-eared Sliders as pets and food appears to be helping the threatened native turtles.

Red-eared Sliders in the Tchefuncte River Did or do you have a pet red-eared slider turtle?

Turtles, Tortoises and Terrapins: Survivors in Armor
This is an excellent book about these reptiles.
Buy Now

Links to More About Turtles