A Snake in the Grass is a Good Thing

Snakes are probably one of the most controversial of all the reptiles. You either love them or hate them. Snakes are a very important link in the food chain and without them our earth would be overrun with vermin and harmful insects. Here in Louisiana there are many beautiful and beneficial non-venomous (non-poisonous) and venomous (poisonous) snakes so anyone who loves the outdoors should learn to identify them at an early age. This page is about coexisting in harmony with the Snakes of Louisiana.

Holding Kingsnake photo is copyright Y.L. Bordelon, All Rights Reserved, as are other photos on this page (unless noted otherwise).

Snakes In Our Habitat

Here in Louisiana there are only 6 types of poisonous or venomous snakes and a multitude of non-poisonous ones. My husband has been interested in reptiles since he was a child and his Mother used to take him to Fountainbleau State Park in Mandeville and the Gulf Coast. It was standard procedure to search him before he was allowed in the car for the trip home.

Here in our habitat on the Tchefuncte River we do not kill any snake, even Water Moccasins. When we first moved here, a friend who lived nearby urged us to kill ALL poisonous snakes on our property, but we believe that all snakes are beneficial to the environment as a whole. To avoid accidents, we cut wide trails and watch where we walk. Al discourages those poisonous snakes that insist on lurking near the path by using a long stick to flip them back into the water.

During rainy periods, when the water rises, all water snakes spend more time on the high ground because their normal holes and dens are flooded. We know that we must be alert during these times.

Snakes and Other Reptiles Shed Their Skin

When we walk through our habitat, we often find snake skins. In fact, we found several, very large skins in our attic that came from a rat snake that visited it in search of the mice that got in when the house was damaged by Hurricane Katrina. Now we don't have a problem with mice in the attic.

We think that the skin in the photo above belonged to a very large rat snake. You can see how it rubbed on leaves and branches to work the skin off. The head is somewhere behind the log on the left. We estimate that this snake was over 5 feet long.

When a snake (or any reptile) sheds its skin it is called ecdysis. Snakes shed their skins in one piece, including the eye caps. This is usually done about once a month. There are many factors which affect how often a snake sheds, such as: the species, its age, nutritional and reproductive status, the presence of skin parasites or bacteria and the temperature and humidity. Usually younger snakes shed more frequently than adults and shedding often precedes mating and giving birth.

You can tell that a snake is going to shed by the following signs:

• Its eyes become cloudy or bluish.

• The snake becomes nervous because it can not see well. For this reason, Snakes may be a little more aggressive right before they shed.

Check out our Photo Gallery on Cottonmouth Moccasin Snake to see photos of a Cottonmouth that is preparing to shed.

Most of the Time, If You Leave Snakes Alone, They Will Leave You Alone.

Some of Louisiana's Non-venomous Snakes

There are countless numbers of beneficial non-poisonous snakes in Louisiana. These snakes do a great service for us, by eating vermin and insects. Of course some of them also eat birds, but this is the cycle of life so it is as nature intended. The following is a list of non-poisonous snakes. Most have links to more information and I will be adding photos of the ones that are common here in Southeastern Louisiana. I have also written individual lenses about several of the more common species here in the habitat. Some of the photos are of our resident snake handler who has years of experience doing this sort of thing, so kids, don't try this at home.

Which is your favorite snake?

The New Encyclopedia of Snakes
Information about all kinds of snakes with photographs.
Buy Now

Recently, during a high water period, our Cocker Spaniel, 2nd Chance, encountered a Water Moccasin with a particularly nasty disposition.

As I look back on the incident, Chance is sort of a hero. I had my back turned and was standing about 3 feet away looking up into the trees for a water bird that had flown from Pruden Creek and Chance got between me and the snake. I heard a yip and a scuffle and turned in time to see Chance swinging a medium sized water moccasin back and forth as it hung from his neck. The snake finally dropped from Chance's throat and began to slither away as Chance lunged at him. I yelled for Al and got the leash on Chance and tried to take him in the opposite direction while Al herded the snake away from us. Chance still wanted a piece of that snake and followed it until it escaped into a hole. When I felt Chance's throat, there was blood, so I knew he had been bitten.

Our Vet told us years ago that unless it is an extraordinarily large poisonous snake, that dogs usually do not react like we do to the venom. Usually Benadryl given after the bite will suffice, but when they are bitten around the throat area, the wound can become abscessed, so more care must be given. We normally take our cell phone when we walk the dogs to the river, so we called Dr. Rusty and he said to bring him in. He shaved the area and sure enough, there were 2 fang marks, right in the middle of his throat. He cleaned the wound with hydrogen peroxide and gave him 3 shots (Cortisone, Benadryl and Penicillin) plus a weeks worth of antibiotic pills. We were told to watch for swelling and signs of an infection.

Dover Coloring Books: Snakes of the World
Dover coloring books are high quality productions using heavy white opaque paper, with first-rate artwork and informative text and captions. When I taught school, I used many Dover images in my thematic units.

Normally, A Snake Would Rather Flee Than Fight

This is the list of all the poisonous snakes that are indigenous to the state of Louisiana. These are the only ones that could be dangerous or harmful, but even they have their place in nature and should be left alone if they are not threatening life or limb.Coral Snakes, Moccasins (Copperheads and Cottonmouths) and Rattlesnakes

Photo reference: Dundee, Harold A. and Douglas A. Rossman. The Amphibians and Reptiles of Louisiana. LSU Press, 1989

A great book about the venomous snakes that you may encounter in the Southeastern United States.

Snakes of North America and Canada

An excellent book for identifying these North American reptiles.

Snakes of the United States and Canada
Buy Now

Slinky Scaly Slithery Snakes
Your little reptile lover will love to read and listen to this wonderful, informative book.

More Books for the Snakelings

Now how do you feel about snakes?

Don't Take Your Snake for a Stroll
Buy Now

Many people enjoy keeping snakes as pets. There are many habitats, products and books available for snake fanciers.

The Art of Keeping Snakes 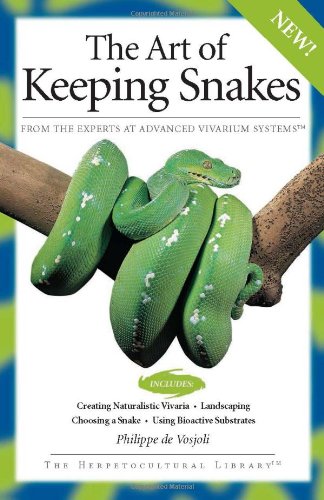 Do you have any pet snakes or other reptiles? 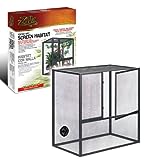 Our lens was featured on Giant Community Showcase and this is what they had to say about it:

The lens makes fantastic use of photos, articles, links, and video to help the reader truly understand the world of these somewhat creepy but oh so beneficial reptiles. It discusses both poisonous and non-poisonous snakes native to Louisiana and points out the benefits of both in nature. Naturegirl7's lens is fun to read yet highly educational.

What knowledge do you have to share with the world? What are you an expert at? Sometimes we overlook the obvious when we think about that question. Sometimes we reach too far. Naturegirl7 could have made a lens about snakes in general but by localizing her lens to her own region, she actually shares more by concentrating on less.

By sharing something she knows about her own "backyard" she's opened up that backyard to the world and become the Squidoo.com Snakes of Louisiana expert.

Scratch Out a line for Us.