What Is A Solitary Predator?

By definition, solitary means "alone" while predator means "an animal that hunts other animals for food" or simply "hunter".

Most predators are carnivores, which means meat-eating animals. However, some omnivores, animals that eat both plants and animals, are also known to be top predators.

Here in this lens we shall look at the top 5 solitary predators on Earth, starting with the Tiger.

Photos and videos in this lens are not for the faint-hearted and children. Parental guidance strongly advised!

Interesting Fact: The Tiger is actually the largest of the Big Cats, not the Lion!

What Makes The Tiger A Top Predator?

Packed with sharp teeth, sharp claws, a powerful bite and tremendous speed, the tiger is one of the most feared predators on land. In fact, it has hardly any enemies in the territories it roams, unless it bumps into another tiger occasionally!

Besides of all those deadly predatory weapons, the tiger is also armed with another equally important weapon - stealth. When the tiger spots a potential meal, it does not straightaway chase the prey. Instead, it blends itself with the grass (a technique of camouflage) and slowly sneak up on the prey. By the time the prey notices the tiger, it will be already too late for any escape!

Interesting Fact: Despite the name, the Great White Shark isn't all white. The upper part of the body is actually greyish while the lower part is white. But still it IS Great!

Made famous by Steven Spielberg's 1975 motion picture "Jaws", the Great White Shark has instilled fear in a lot of people. Despite its reputation as a mean human-killing machine, the Great White does not always intentionally attack human. Most of the attacks were actually not fatal because it only wants to "taste" us due to its curiosity. Still, it is a formidable predator in the sea.

The Great White has a streamlined, torpedo-shaped body, making it one of the fastest swimmer in the sea. Its mouth is also packed with about 300 serrated triangular teeth arranged in several rows.

Armed with organs that can sense the tiny electromagnetic fields generated by animals, the Great White has such a remarkable sense of smell that it can "smell" its prey from a kilometer away! When it lunges at the prey from below at full force, not even the the world's best veterinary doctor can save the poor victim!

Interesting Fact: While the Bald Eagle is the national bird of the United States, the Golden Eagle is Mexico's!

Armed with sharp talons, an acute eyesight, a razor-sharp beak and an airborne speed advantage, the Golden Eagle preys mainly on rabbits, marmots, and ground squirrels. They also eat carrion, reptiles, birds, fish, and smaller fare such as large insects. In some cases, they have even been known to attack a full grown deer!

More often than not, small preys would have a hard chance to escape from the deadly talons of the Golden Eagle, unless they're lucky enough to find a hole to hide inside in time before the eagle snatches them away. Luckily we humans are not small!

Interesting Fact: The Polar Bear is the Largest Bear and the Largest Terrestrial Carnivore on Earth!

What Makes A Polar Bear A Top Predator?

Living at the icy cold northern region of the Earth, the polar bear has sheer white fur, which enables it to camouflage itself in the surrounding snow and ice.

Polar bears are good swimmers but they can run at high speed on land as well! They are also armed with very strong paws with sharp claws. Most of the time one whack of their paw will be enough to put an end to their victim's life.

However, worry not, they prey mainly on seals but still, they are known to attack humans. Besides active hunting, when opportunities present itself, they will also feed on carcasses of deers and even whales.

The Nile Crocodile is truly a fearsome predator. Although it lives with other members of its species in the same habitat, they often do not cooperate or team up for a kill. (But they do vie for the same meal a croc kills)

What Makes The Nile Crocodile A Top Predator?

The Nile Crocodile is truly the master of stealth and patience. It can wait in the waterhole for hours and hours with only its eyes and nostrils above the water surface and its entire body submerged. It will only strike when the opportunity comes.

When animals such as boars, zebras, wildebeests, antelopes and water buffaloes comes too close to the waterhole to take a sip, the croc will slowly moves to it without being noticed at all. When it is close enough, one thrash of its powerful tail propels it out of nowhere and bites the surprised prey with its powerful jaw!

Then, the unfortunate prey will be dragged into the water until it drowns. And then it will be feasting time for the croc!

Learn More About These Top Solitary Predators - Get These Books at Amazon! 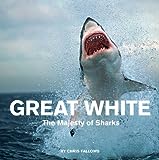 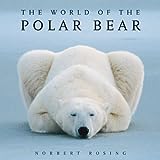 The World of the Polar Bear
Buy Now

POLL - Which Is The Best?

Of the 5 top solitary predators, which one do you think is the best?