Why do we need zoos? A place were animals suffer in their unnatural environment or the savior of endangered species?

Many of you may think that the Zoo is a place where the poor animals are forced to suffer in unnatural environment. That could be true at some places but the zoo is the only hope left for many protected animals, so you should appreciate the ones that help the endangered species.

The role of the zoo has changed

The zoo is a very old form of 'entertainment'. The first zoos were built three thousand years ago in China, but there were 'zoos' in Egypt too: they kept lions and pavians in their churches. Until the sixties, the zoos were just a line of miserable cages. The people stared at the animals but they did not want to know their origins or natural behavior. Today, our knowledge about animals is expanded to a level where we can make nearly perfect natural conditions for the inhabitants of the zoo. A good zoo is the one with enough space and it's own natural environment for every animal, so that we can observe their natural behavior and see the instincts in action.

Do you think the zoo is a good place or the opposite?

The zoo has many success stories when it comes to the 'revivification' of the animals which became extinct or heavily endangered in the wild as a result of hunting and other factors. Some species are more numerous in the zoos than in their natural habitat (like the cute lion tamarin or the beautiful white Bali starling). The zoos try to exchange the animals with each other to avoid inbreeding thus keeping them healthy in terms of genetics.

What will the future bring?

In the future, the zoos will keep less large animals like elephants, rhinos, or even lions, tigers, and instead of them, they will be full of little monkeys, marmots and meerkats. The special zoos, were they keep animals with nocturnal lifestyle and change the environment artificially to match them (exchange of day/night) became very popular. Probably we will continue to see animals that are easy to keep and feed like the zebra and some reptiles. Other animals that sit moody because they can not unfold their innate behavior patterns and can't really feel that they are at home will be a rare thing to see in a zoo. 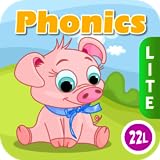 The zoo and the education

The zoo plays an important role in terms of informing the visitors about the beauty of the animal planet and most importantly it opens people's eyes, that hey, there are protected animals and you do nothing to save them! If we are close to these beautiful creatures, and we have a minimal empathy, we can feel their pain, and maybe ,if we have soul, we can make the first steps to help them too. Another significance of the zoo that researchers have the opportunity to study the behavior of the animals. In many zoos there are educational programs for students and teachers where they receive information about the most important facts and interesting experiences about animals.

If we want to breed a certain species we must have a well founded knowledge of the animal's behavior. As an example, researchers found out that the cheetah won't reproduce if the pair is always in the same cage ( They get bored of each other, so romantic). Since then, a lot of cute cheetah cub came to life. Sadly, there are some animals that can't reproduce and we don't know the reason. The panda is one of the most endangered animals and the reproduction of this beautiful animal has only minor results in the zoos of China. The only hope is the artificial insemination, researches do everything they can to find out a way that works well, hopefully we will see more panda babies in the future, it would be terrible to write these beauty's name to the extinct list.

There are several cases where the zoos helped an animal to get out of the extinct list. These are just a few of those succes stories:

Sport hunters loved the arabian oryx...but they expressed their love in a brutal way. They killed every wild specimen, the last one was shot in 1972. Luckily, a U.S conservation organization helped out the animal along with the Phoenix Zoo in Arizona. In 1982 an 1984, they released to the wild the first herds. Nowadays, the population of the oryx is growing quite well.

This beautiful animal was given the name of a french missionary who first reported the existence of the species in the 19th century( the Chinese name of the animal is Milu). The last David Deer (not in captivity) lived in China, around 1900. Luckily, they transported some specimen to different places around the world (mostly zoos). In the seventies, some deers were taken back to their place of origin, but they could only place them to zoos (in Peking). The first real back leakage was in 1987. Today they are performing well in the zoos in terms of population, but sadly, the ones released to the wild couldn't endure, but don't worry, there's hope and even if it's extinct in the wild now (as of the last research in 2008), they are definietly in a better 'position' than a century ago.

The Przewalski horse is a hard to find and hard to pronounce animal, besides it's a wonderful creature as well. The natural habitat of the horse is central Asia (China and Mongolia). As a result of unstoppable hunting, it has disappeared from the wild. Thanks to the successful reproducing projects in the zoos around the world, they could take the horses back to their homeland, the infinite steppes of Asia.

Check out my other hubs about endangered animals, they deserve the help: