Keeping Animals in Zoos is Cruel

Animals in the Zoo Are Stripped of Control Over their Lives

ZOOS ARE NOT EDUCATIONAL

An animal held in captivity can never be viewed in its natural state. Observing an animal's wild and natural habitat can never be achieved in an unnatural environment. Zoos are prisons to animals. Animals held captive in zoos cannot roam fly, climb, choose a partner or live freely or naturally. They are captive, bored, cramped, lonely and have been stripped of control over their natural lives!

People will argue zoos are educational but visitors on average spend only a few minutes at each display, learning nothing about the animals, seeing the same thing they can see on television. Signs generally only post the species and diet. Animals are captive for this? There is nothing natural about the environment of a zoo. Bird's wings are clipped so they can't fly, aquatic animals don't have the amount of water they need and animals who in the wild live in herds are kept alone or at the most in pairs. These animals are closely confined with no privacy and lack mental stimulation and exercise. Zoochosis often sets in resulting in abnormal and self destructive behavior. Lions and bears will walk continuously in circles, elephants and giraffes will bang their heads on the bars and monkeys will turn to self-mutilation. How is observing an animal in this state remotely educational?

Zoos say they want to protect certain species from extinction but in actuality they favor popular animals that draw a crowd. Most animals are not endangered and the ones that are will never be released into their wild habitat. Money spent on zoo ticket purchases pay for animals to be imprisoned and traded, not rescued and rehabilitated. Zoos continue to capture animals from the wild to put on display and are pressuring the federal government to weaken the Endangered species act to make it easier for them to capture and import animals. Zoos routinely trade, loan and barter adult animals they don't want anymore. The Chinese government rents pandas to zoos all over the world for millions of dollars per year with questions arising constantly if the profits go toward panda conservation at all. It is a fact that an African elephant in a zoo will have an average lifespan of 16.9 years, the same animal in it's wild and natural habitat has a lifespan of 56. Many zoos are realizing this and closing their elephant exhibits. The Detroit zoo, where I live sent their elephants to a sanctuary realizing elephants should not live in small groups and should never have to suffer cold winters in the north.

As zoo funds are cut, cages are smaller with less foliage. The red panda,almost an extinct animal is kept at the Bronx zoo, a few hundred feet from the cars zooming by on the expressway constantly with only a fence to separate them. How is an animal so endangered kept in such a careless environment. These animals are being used for human entertainment. Their true natural way of life can never be learned in these conditions.

ANIMALS HAVE NO CONTROL OVER THEIR LIVES

HOW MANY ANIMALS MUST DIE IN ZOOS?

Not only is an animal's freedom taken away being held captive in a zoo, their chance for survival is no longer their control.

** Tatiana, a Siberian tiger, escaped her enclosure at the San Francisco zoo in 2007 and was shot and killed after she 'naturally' killed someone and injured two others.

** Jabari, a gorilla, tried to escape the Dallas zoo by jumping the wall and evading electrified wires. Police shot it. Witnesses later said teenagers were taunting the animal, throwing rocks at it.

** Two polar bears, Churchill and Penny died within five weeks of each other at the Saint Louis zoo. Churchill died after eating an object thrown in his exhibit and Penny died, having two dead fetuses in her uterus.

** At the Virgina zoo 10 prairie dogs died when their tunnel collapsed, a rhino drowned in the moat of her exhibit and a zebra died after running into a fence and breaking her neck after receiving a rabies shot.

** The Minnesota petting zoo farm sells their animals off to livestock auctions once the babies grow up and lose their appeal to the public.

** The Buffalo zoo, most disturbing of these examples has constant cases of neglect and several animals dead in the past few years. Four polar bears died over a 10 month time period. Kinapak ate a black garbage bag and a rat bait block. Becky, after an autopsy, was found to have plastic rims in her stomach. Kelly's autopsy revealed stone material and a plastic toy in her stomach. Danny, who had been anesthetized was supposed to be supervised. He was left alone for two hours and found dead at the bottom of his pool. In May of 2005 a seal died while being transported from heat distress caused by a lack of sufficient ice or cooling water. A hyena was found crushed by a boulder in May of 2007.

These are only a handful of examples and zoos in foreign countries have an even higher death toll. A zoo can never be thought of as educational. A human being can never learn anything about a wild animals observing it in a state that their behavior is controlled and depressed. Wild animals are required to have human interaction. THIS IS THE ULTIMATE DISRESPECT OF THE SPECIES. Their eyes hold a lifetime of sadness and emptiness as they are stared at, aggravated by camera flashes and taunted. Shame on the human race for finding this acceptable.

WHAT ARE YOUR THOUGHTS?

Do you feels zoos are educational?

FOR THE ELEPHANT LOVER 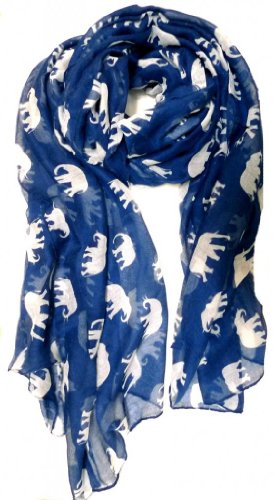