A Short History of Knitting

Denise was taught to knit by her grandmother, age10. She has been knitting and creating her own patterns ever since, and loving it.

You would have to be a great knitter or a history buff to even care really, but I find this fascinating. If you have ever had problems reading a pattern and can’t figure out why one is understandable and another seems to be beyond you, well, I have the reason. The History of Knitting!

It is believed that knitting goes all the way back to the Stone Age. All one would need are two sticks and some twisted fiber like wool to create a knit. But since fibers deteriorate and don’t stand the test of the centuries very well, it is hard to prove this. However there is some proof that knitting goes back a long way as the remnants of ancient knitted socks were found in several Egyptian tombs, some dating back to 1500 B.C. Even then, the great Pharaohs were suffering from cold feet, and knitting is the thing for cold feet.

As the centuries progressed, knitting guilds were formed and most knitting was performed by men. Often men would knit while walking in the market or on trips because it was a mindless repetitious act that could be performed while doing a number of other things. Later as the population expanded in Europe and men were needed for other activities, women were the ones to pick up knitting, mostly for the benefit of their families. Patterns were memorized and passed down by mouth because very little reading and writing was available to the poorer working classes. These same women brought knitting to the colonies; as they moved knitting moved with them. In the 1800s literacy became more prevalent even for the poorer working people and women, so patterns began to be written so that they could be passed to people beyond their immediate families. This is probably where England and America should have gotten together to create a uniform measuring system and code system, but that didn’t happen. On the separate continents, knitting codes and stitches evolved independently and we have never come together on this.

Red Heart offers free patterns and yarns plus booklets and coupons online. They also offer a “learn” section with videos to watch in case you forgot how to cast on, knit, purl, or bind off.

This is why a knitter from America can pick up a magazine published in England or Australia unknowingly and not be able to decipher what the pattern is saying. You may think you are incompetent or the pattern is just too hard for you, when in fact, the pattern is using a different “language” than you are used to. Stay calm. It isn’t a disaster. There is a way of decoding the message or translating it to American (and vise versa).

During the World Wars (both of them) patterns were abbreviated even more to save paper, which was rationed. There began to form a sort of understanding among knitters that certain things were done whether or not the pattern stated it. Turning the work over at the end of a row, for instance, is understood and is not mentioned. 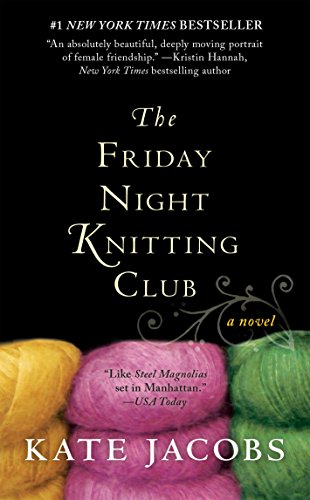 In The Friday Night Knitting Club by Kate Jacobs (2008), the chapters are divided by knitting terms and uses. The author does this so cleverly, that it explains knitting terms and adds amusing analogies to everyday life as well. The book is a really heartwarming novel about a single mother and her dream store, a yarn shop, where people come to knit and work out their personal problems. Women come here from all walks of life and skill levels to learn or re-learn knitting or just join in the camaraderie. The book has two sequels so far, Knit Two, and The Knit Session. Beautifully written and well worth the effort to find. 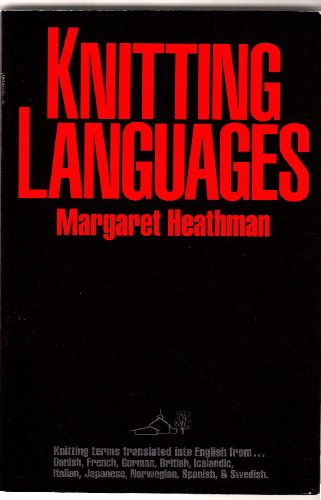 The following are some of the more common inconsistencies in pattern barriers:

How can you tell which terminology a particular pattern is using? Besides the obvious checking for copyright and publication location, one of the ways is metric vs. Imperial measurements. Another obvious give away is the American gauge is a UK tens

Did you know there were so many different ways to say the same thing in knitting?

Patterns are written in a form of shorthand that takes a little practice and sometimes so looking at the shorthand guide to read.

Asterisk (*) tells the start and end of a group of stitches that will be repeated. For example, K 1, *P2, K1, P2, rep from * means that you start the row with one knit stitch but you repeat the purl two, knit one, purl two, all the way across to the end of the row.

As you can see without this kind of shorthand, a simple repetitive pattern could take up pages and pages unnecessarily, and be tedious to read.

The first known knitting guild was in France in 1366 and was a “male only” guild. Another proof that knitting used to be a male-dominated activity, at least professionally. Privately, women have always helped out with a little side income.

Over the years a form of slang has also developed concerning knitting and crochet. Here are a few of the more common and funny ones:

Tink: to take out stitches one by one or to back up in knitting

Frog: to frog is to rip out stitches in knit and crochet because you rip-it, rip-it.

SABLE: Stash Acquisition Beyond Life Expectancy, where you have more yarn that you could ever knit up in your lifetime. I think lots of us have SABLE.

Yarn vomit: some women refer to the pull-out skeins that make the end of the yarn hard to find and therefore have to pull out a whole hank of yarn to find the end as “yarn vomit”.

PHD: Project Half Done. If you are not careful you may be working on several PHDs at once. 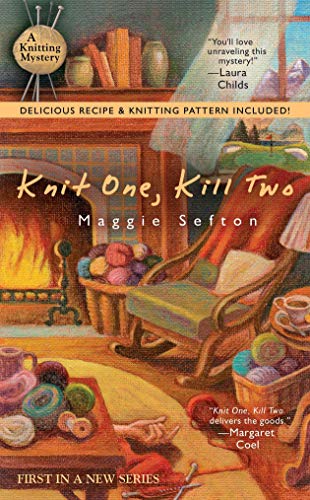 Another series of murder mysteries set around women knitting is by Maggie Sefton. The first in the series is Knit One, Kill Two. A good read and there are a dozen more after that first one.

Knitting appears several times in The Shipping News by Annie Proulx. Wish Upon A Star by Olivia Goldsmith is another. The heroine is a very nice girl and a knitter, which becomes an important part of the storyline. Enjoyable book.