Paintings By A Dublin Based Artist

Paintings from an unknown Dublin based artist after attending the Local Art Classes. Classes are held every Friday morning. Learn to paint l

Paintings by a Dublin Based Artist from the Local Art Classes

Paintings From An Unknown Artist

Today I would like to share with you some beautiful paintings from an unknown, Dublin based artists. These paintings where painted in the local art classes which are held every Friday in the local community hall.

The artist who painted these beautiful paintings has been attending the art classes now for one year and has learn so many new techniques on how to become a great artist such as, Vincent Van Gogh and Claude Monet.

I hope you enjoy browsing through these paintings and I would love to hear your views on them.

The Local Art Classes that this artist attends are held in Prussia street community centre, Dublin 7. They are held on a Friday from 10am-12noon on a weekly basis. They are 10 week terms, breaking for holiday seasons such as Christmas Easter and summer. Most of the pupils have been attending the art class for 7 years and some as long as 10 years.

The cost is €2.60 which is a great price for all the wonderful things that the teacher, Cara, shares with them all.

They also have an annual exhibition in Cabra library, Dublin 7. This gives the pupils a chance to show off their great works of art to the public and a lot of the paintings are sold to eager customers.

A lot of the money that is made is used for new materials such as canvas’s, paints, paint brushes and all the things needed to make ‘new’ works of art.

I have attended the exhibition many times and I have been very impressed with the paintings there. Keep up the good work ladies.

Paintings from an Unknown Dublin Based Artist 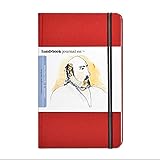 Vincent van Gogh, for whom colour was the chief symbol of expression, was born in Groot-Zundert, Holland on March 30, 1853.

The son of a pastor, brought up in a religious and cultured atmosphere, Vincent was highly emotional and lacked self-confidence.

Between 1860 and 1880, when he finally decided to become an artist, van Gogh had had two unsuitable and unhappy romances and had worked unsuccessfully as a clerk in a bookstore, an art salesman, and a preacher in the Borinage, where he was dismissed for overzealousness.

He remained in Belgium to study art, determined to give happiness by creating beauty.

The works of his early Dutch period are sombre-toned, sharply lit, genre paintings of which the most famous is "The Potato Eaters" (1885). In that year Vincent Van Gogh went to Antwerp where he discovered the works of Rubens and purchased many Japanese prints.

More Paintings from an Unknown Dublin Based Artist Oscar-Claude Monet (1840-1926) is a famous French painter and one of the founders of the Impressionism movement along with his friends Renoir, Sisley and Bazille. Monet rejected the traditional approach to landscape painting and instead of copying old masters he had been learning from his friends and the nature itself. Monet observed variations of colour and light caused by the daily or seasonal changes.

Claude Monet was born on November 14, 1840 on the fifth floor of 45 rue Laffitte, in the ninth arrondissement of Paris. He was the second son Claude Adolphe Monet and Louise-Justine Aubree. On the first of April 1851, Monet entered the Le Havre secondary school of the arts.

He became known locally for these charcoal caricatures, which he would sell for ten to twenty francs. Monet also undertook his first drawing lessons from Jacques-Francois Orchard, a former student of Jacques-Louis David. On the beaches of Normandy in about 1856/1857 he meet fellow artist Eugene Boudin who became his mentor and taught him to use oil paints. Boudin taught Monet outdoor techniques for painting.

The National Gallery of Ireland

The History of The National Gallery of Ireland

In June 1852 William Dargan, the father of the Irish rail network, approached the Royal Dublin Society (RDS) with an offer to underwrite a spectacular exhibition on Leinster Lawn in Dublin, the home of the RDS since 1815.

He wished to imitate the great exhibition that had taken place at Crystal Palace in London the previous year. Just eleven months later, on the 12th May, the exhibition was opened in an astonishing series of pavilions for which the architect, John Benson, received a knighthood.

The enthusiastic response of the visiting crowds demonstrated an active interest for art as well the desire for the establishment of a permanent public collection that would also be a fitting tribute to the generosity of Dargan. 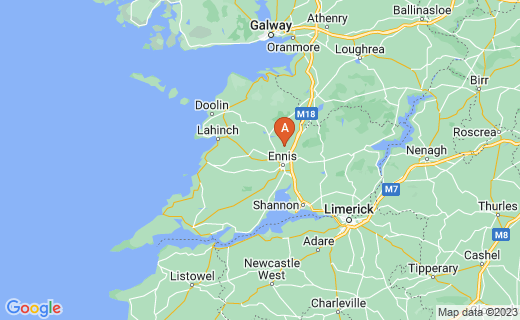 Burren College of art is an internationally recognised not-for-profit independent college specialising in undergraduate and graduate fine art education. We offer artists and art students from around the world time, space and inspiration within the unique environment of the Burren.

The Master of Fine Art programme is accredited by the National University of Ireland, Galway and is operated in association with the Royal College of Art, London and the School of the Art Institute of Chicago. Our undergraduate Study abroad programmes, Summer school and artist residency scheme also recruit internationally.

The College is a 4 hour drive from Dublin by car, 1 hour from Galway and approximately 1.5 hours to Limerick.

Who is your Favourite Artist and would you hang their paintings in your home?

Of which famous artists paintings would you be most likely to buy?