Artists Who Died Before 40: Jean-Antoine Watteau

It’s so sad when anyone dies young, but doubly so for artists, because there is so much more they could have contributed to the beauty of the world. The sad fact is that artists feel deeply, all the highs and all the lows of life. Sometimes I envy people like my mother, who have a very “even keel.” People like that seldom get mad or upset (although when they do, look out). However, they also don’t get overly jovial or jocular. Every day is a straight line from sunrise to sunset.

Gratefully, I don’t live like that. I am one of the melancholy artists. When I am happy, I’m an ecstatic, giggling fool. And when I’m sad, I am in the dismal dumps. No halfway for me. I feel it all and it often shows up in my work.

That’s what happened to most of these artists who died young. They felt too deeply the pain of life. And some just succumbed to sickness, sadness, and drug addiction before their work was done. This is the story of Jean-Antoine Watteau who immortalized a romantic era before wars and poverty changed the face of French art.

This video has some really good information and images but the sound quality is so bad, I would suggest you turn down the sound and just read the information.

Have you even seen any of Antoine Watteau's work before?

Better known as Antoine Watteau, he is today considered one of the pioneers of Rococo. Unfortunately, he died at the height of his powers, at the age of just 36 years.

Born in France, Watteau (that is pronounced Watto) revived interest in color and movement in the tradition of Rubens. He was fragile and sickly from his childhood. Showing an early interest in painting and drawing, his father apprenticed him to a local painter. He later went to Paris at the age of 18 and found employment making copies of popular paintings in the Flemish and Dutch tradition. It was at this time that helped him to develop his characteristic sketch-like technique.

The following year, he became employed as an assistant to the painter Claude Gillot. One of Gillot’s favorite subjects was the characters of the “Commedia dell’ art” which were the actors that had been expelled from France several years before. These would also become a lifelong favorite and passion of Watteau’s. He later went to work for an interior decorator and discovered a style in elegance, where also he was able to see the magnificent canvases of Peter Paul Rubens painted for the Queen Marie de Medici. The Flemish painter, Rubens, then became a major influence for him. He studied and copied as many as he could find, together with the Venetian masters that were in a collection of his patron and friend, the banker Pierre Crozet.

It was interesting to note that even though most of his paintings seem to epitomize the aristocratic elegance of the Régence, he never actually had any aristocratic patrons. He painted most of his work for bourgeois who were bankers and dealers. He naturally romanticized the life of the aristocracy even though he lived most of his short life under the oppressive climate of the Louis XIV reign. Many of his paintings seem to display the frivolous life of the idle aristocracy in sober melancholy. He seems one of the modern sensibilities for such works. His works didn’t fit into any category before devised by the French Academy. Rather than reject his work they created a new category: fête galante or courtship party. He catered to private patrons rather than the government as so many before him had, yet he wanted recognition from the government appointed academy. His scenes were reminiscent of the mythologized land of Arcadia but without the mythological scenes, he was able to please both the private patrons and receive the highest ranking at the Académie.

“It does not matter how badly you paint, so long as you don’t paint badly like other people.”

Some conclude that the painting of Pierrot of Gilles with the sad smile and clown costume as if he were an actor that just forgot his lines. Others think perhaps it was a wry comment upon his own mortal illness. He often alarmed his friends with his disregard for his financial security, as though he knew he would not live long.

He sought out doctors but none helped him very much. He died in 1721 at the age of 36. It was perhaps tuberculosis laryngitis that took his life prematurely, which had no cure in those days. His friend the Abbé Haranger said that he was mute during his final days, with a paintbrush clutched in his hand painting imaginary paintings in the air. 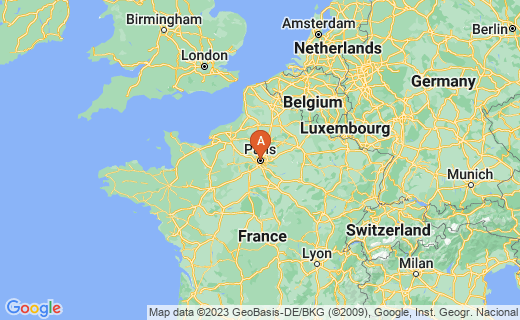 “We should comport ourselves with the masterpieces of art as with exalted personages—stand quietly before them and wait till they speak to us.”

Much is left unknown about this great artist besides the paintings he left behind. He had a small circle of devotees who mourned his loss. In one of his last paintings, “L’Enseigne de Gersaint,” he paints people packing up his paintings into crates. Does that mean he really didn’t think his work would be favored much or for very long? It is a sad state that we artists really don’t think as much of ourselves as others do. We have been labeled as egocentric when that isn’t really wholly true. Sure artists do tend to center around their own needs and their work comes first. But that doesn’t mean we really think we are very great. I remember seeing a documentary of Charlie Chaplin, in which a personal friend was relating his going to the opening of his movie, Gold Rush. He said he didn’t care whether it was well received or not and put on an air of indifference. But when the audience stood up and applauded, he burst into tears and said almost astounded, “They love me. They really do love me.” I often feel that way when people gush over a painting I have labored over for hours, days, and weeks. It is somehow vindication when someone actually loves it. It is too bad that Watteau didn’t get as much vindication as he deserved.

It is said that he did not paint in the typical whimsical Rococo style but added a note of more sympathy, sadness, and wistfulness to his works. Still, he painted a lot of romantic scenes filled with the transience of love and earthly delights. I always thought that he had a touch of Impressionism to his work a century before Impressionism was invented. He perhaps, influenced a few Impressionists to explore a more atmospheric and loose method of painting, the precursor for later works.

La Surprise, painted around 1718, was found recently during a routine insurance valuation. The painting of an actor playing guitar on a stone bench and looking at a couple locked in an embrace was recently sold at auction for 15 million Euros.

The Memory Keepers of Our Society

Artists are memory makers… or rather, memory keepers. What we do is immortalize a time, an era, a community, a person in a portrait. It is why we are still fascinated with a little known lady captured in the Mona Lisa. It is why an era that lasted a little more than 11 years and the dancers who only danced 2 years at best, are immortalized forever in the posters of the Moulin Rouge by the artist Toulouse-Lautrec. It is why the era of this artist will be forever remembered. This is a story of an artist whose style wasn’t at first appreciated or recognized for what it was. It took time but finally, he achieved the recognition he deserved: Jean-Antoine Watteau.

I have created a series of coloring books of famous art through the ages: Classical Art Series. This artist is included in the Classical Romantic Art Coloring Book. The intent is for children or interested art students to paint the famous paintings in their own way so that when they view the art of artist they will remember it better and understand better the artist's choice of colors and value. These are available on Lulu.com.