It’s so sad when anyone dies young, but doubly so for artists, because there is so much more they could have contributed to the beauty of the world. The sad fact is that artists feel deeply, all the highs and all the lows of life. Sometimes I envy people like my mother, who have a very “even keel.” People like that seldom get mad or upset (although when they do, look out). However, they also don’t get overly jovial or jocular. Every day is a straight line from sunrise to sunset.

Gratefully, I don’t live like that. I am one of the melancholy artists. When I am happy, I’m an ecstatic, giggling fool. And when I’m sad, I am in the dismal dumps. No halfway for me. I feel it all and it often shows up in my work.

That’s what happens to most artists. They felt too deeply the pain of life. And some just succumbed to sickness, sadness, and drug addiction before their work was done. This is the story of Newell Convers Wyeth who enriched us with just 62 years and died in a terrible accident with a train.

Newell Convers Wyeth was one of the greatest American illustrators. He preferred to go by N.C. Wyeth and signed his work that way. In his lifetime, he created over 3,000 paintings and illustrated 112 books; 25 of them for Scribner’s. One of the sad things is that he believed that an illustrator and a painter were two very different things and that they cannot be mixed. He many times wanted badly to drop illustration and devote his life to painting but needed the income illustration provided to support his family.

Born in Needham, Massachusetts, his mother encouraged his art and by the time he was 12, he showed proficiency in watercolor. When old enough, he entered Howard Pyle’s School of Art in Chadds Ford, Pennsylvania. Howard Pyle was considered the father of American illustration. Pyle stressed historical accuracy with props, costumes, dramas, and actors recreating scenes to paint from life. Pyle painted exquisite detail, whereas Wyeth veered toward looser, quicker strokes and ominous shadows with moody backgrounds. He was considered a realist painter, if somewhat melodramatic in style.

Before he was even finished with his classes at Pyle’s School of Art, Wyeth received a commission to paint a Western illustration and was encouraged by Pyle to go West to acquire direct knowledge for the scenes. In Colorado, Wyeth worked as a cowboy, visited the Navajo in Arizona, and eventually worked as a mail carrier after being robbed of all his money. He earned enough to get home. He took a second trip 2 years later when he bought costumes of cowboys and Indian clothing. Later his studio boasted so many and various costumes, that his children often dressed up and enacted scenes from books. He must have been a fun dad.

When I was homeschooling my children, we already had a closet full of costumes created for the many church dramatic performances we had been in. During those homeschool years, we added a lot to the costume closet because my children loved the dress-up days. We took one day a month and each of the children would choose a character from history, science or literature to embody for that day. They had to know the character’s name, birth, and death dates, what they were famous for and any other particulars it would be fun to portray. They would run to the costume closet, fighting over costume pieces and drawing on mustaches, trying on wigs, etc. For the day I had an international conglomerate of fun people in my home. We had everyone from Winston Churchill to Diego Velasquez, the Spanish painter; from John Rockefeller to Pocahontas. We got the idea from N.C. Wyeth.

At the age of 26, he married Carolyn Bockius of Wilmington and settled in Chadds Ford. He purchased18 acres near the historic Brandywine battlefield and built a house and studio for his family. He was a strict but patient father who was known for not talking down to his children. He educated them at home even before homeschooling was a popular lifestyle. His children were naturally taught art, as well as other subjects like science and most, became artists as well. His children are Andrew Wyeth, Henriette Wyeth Hurd (married to Peter Hurd, a protégé of N.C.’s), Carolyn Wyeth, Anne Wyeth McCoy (married to John W. McCoy, another protégé of N.C.’s) and Nataniel C. Wyeth, who became an engineer for DuPont and worked on the team that invented the plastic soda bottle. I would say that homeschooling did not harm any of them in the least.

No One To Mess With

In one story I read about the artist and his short temper, he had called for another press conference because of the release of a new book. The reporters often came to his studio to get a quote and see some of the illustrations first hand. Wyeth was a large barrel-chested man, stronger than he looked. He was telling about his illustrations and the process when one reporter interrupted him to ask something unrelated. He scowled at the reporter and quietly remarked the questions would be at the end. He began again when again, he was interrupted by the same reporter. The artist gave the reporter one more chance to be civil and flatly told him he would be dismissed if he could not wait. But the reporter didn’t feel threatened by an artist and interrupted one last time. Everyone was stunned when Wyeth marched over to him, picked him up bodily and cast him out into the snow. After shutting the door he began again, and no one dared interrupt. As I recall, Andrew told this story to illustrate that his father was no one to mess with.

Did you know about N.C. Wyeth before?

The Heartache of Illustrators

Wyeth loathed the commercialism upon which he became dependent, and for the rest of his life, he battled internally over his capitulation, accusing himself of having “bitched myself with the accursed success in skin-deep pictures and illustrations.” I can actually identify with this quote because I have felt the same way. As an artist, I have to earn a living by working with the advertising companies and other marketing tools while hating what they often stand for. It is one of the reasons I lean more toward children’s book illustrations because at least children’s books are more about education than marketing. Still, Wyeth often felt that he was less of an artist when he couldn’t sell actual paintings but instead made most of his living in illustration. He complained of moneymen “who want to buy me piecemeal” and that “an illustration must be made practical. Not only in its dramatic statement, but it must be a thing that will adapt itself to the engravers’’ and printers’ limitations. This fact alone kills that underlying inspiration to create thought. Instead of expressing that inner feeling, you express the outward thought… or imitation of that feeling.” He was so distressed that advertising and marketing killed creativity and I agree with him. 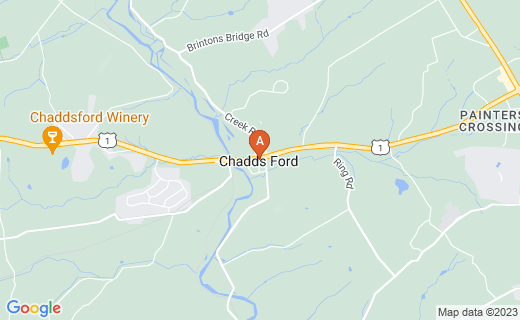 More Than Books and Magazines

Like most artists, Wyeth had to find more than one venue in the illustration world to make a living. So he also did posters and calendars and advertisements. He painted murals of historical and allegorical subjects for the Federal Reserve Bank of Boston, the Westtown School, the First National Bank of Boston, the Hotel Roosevelt, the Franklin Savings Band, the National Geographic Society, the Wilmington Savings Fund Society, and other public and private buildings. Murals are very hard on we artists physically because of the sheer size but usually they are more liberal in the area of creativity within limits. I’m sure Wyeth found the many murals he did to be some of his more creative and artistic endeavors.

I think what I like most about N.C. Wyeth’s illustrations are the great narrative qualities; the kind you think of when you think of Norman Rockwell. Also, I love the dramatic lighting and bright wide range of colors. When I think of a stormy sky with orange and purple clouds, I think of N.C. Wyeth’s illustrations. The deep blues and bright exciting oranges; his paintings are full of color. I love the way he could put drama even in a lazy looking walk along a stream or man standing in the middle of the page. You can almost read his mind the way Wyeth adds expression not only to the man but also to the background. Oh, I want to be able to express drama like that in my illustrations. He was very versatile, painting illustrations in oil as well as watercolor.

I surrendered to a world of my imagination, re-enacting all those wonderful tales my father would read aloud to me. I became a very active reader, especially history and Shakespeare.

In the 1930s he restored an old captain’s house in Port Clyde, Maine, named “Eight Bells” after a Winslow Homer painting, and took the family there for summers, where he painted primarily seascapes. This is where I remember many of his son Andrew’s paintings being developed, including the most famous one, …

Wyeth’s death was in 1945, just days before what would have been his 63rd birthday. Wyeth and his grandson (Nathaniel’s son) were killed when their automobile was struck by a freight train at a railway crossing near Chadds Ford home. It seems a mystery as to why the automobile was on the tracks that day and a tragedy for the whole family. As I recall the story, Andrew had just days before had an argument with his father over a painting he was working on. It was a conflict that would never be resolved. Sometimes it is those unresolved issues that make an artist even more introspective and in Andrew’s case he turned out a number of famous paintings to help him deal with the grief.

N.C. Wyeth was a member of the National Academy, the Society of Illustrators, the Philadelphia Water Color Club, the Fellowship of the Pennsylvania Academy of the Fine Arts, the Philadelphia Art Alliance, the Chester County Art Association, and the Wilmington Society of the Fine Arts. That seems like quite an accomplishment right there. I’ve been an artist for 40 years and only belong to one artist’s society. I could join more but simply can’t afford the annual dues of more than one.

Loss of a National Treasure

I realize Wyeth didn’t die in his twenties or thirties and his death wasn’t as tragic a loss as some artists who died very young. But nonetheless, he was taken from us abruptly and before he was done sharing his considerable gift. It shouldn’t have happened that way. The collective gasp the artistic community felt that day must have been heard around the world. He is gone but not forgotten.