How to make your own homemade Native American Indian Halloween Costume for your kids--boys or girls! DIY

Here's how to make fun and easy Indian, or Native American, costumes for your children for Halloween, with very little sewing!

We always made our kids' Halloween costumes when they were growing up, and they loved them. My husband and I had so much fun making these every year--even when we waited until the last minute!

One year, our oldest two children wanted to be Indians, and our youngest decided he would like to be one, too. So my husband, Tom, and I put on our thinking caps, and got started. First, we started collecting anything and everything around the house that we could use for these projects, and since I was already loved sewing, I had a lot of these materials already. Then we made a list of the items we didn't have, and went shopping!

This is what we came up with for our daughter, Leia:

Our older son, Dustin, of course wanted to be an Indian Chief, so while we used basically the same idea as we did with Leia, we also made his headdress bigger, and added fringe to a pair of old jeans:

Last but not least...

Our younger son, Larkin, was only four years old, so he became an Indian brave. It was pretty cool that year, so we made his costume big enough to fit over his winter coat. It was pretty similar to Dustin's, except we tacked the feathers for his headdress onto the hood of his coat, instead of making a headband for him: 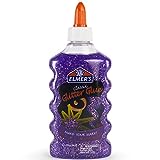 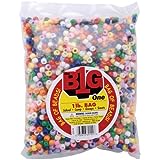 Here are the basic items you'll need to make outfits like these:

Beads of different shapes and sizes(We used old costume jewelry necklaces, and took them apart for the beads and other pieces)

Rick rack (that zigzag shaped trim), in whatever colors you'd like

Glitter glue sticks or paint (in the tube)

We went to a fabric store and bought some brown fabric--probably about seven yards for all three outfits--we wanted to make sure we had plenty extra, in case of mistakes. You can use any kind of fabric you want for these--we just bought some cheap fabric off of the clearance rack, and it did great! Felt is great to use, too, but a lot more expensive, so we stuck with this material.

You can use brown, tan, or whatever color you prefer for these--we chose brown mainly because, well, they are kids, and kids sometimes get dirty...and brown hides stains better than the lighter colors would!

We used more fabric for Leia's, since hers was more of a dress, and she was the oldest, therefore, the tallest at the time. But for all of them, we just measured from their shoulders down to where we wanted the fringe to end, and then doubled the measurement, to include the back part.

For each one, after measuring, fold in half and in the middle of the fold, cut a slit for the head to slip through. We cut Leia's straight across on the fold line, but we did the boys' vertical, so they would have more of a V-shaped neckline. Either way, just cut a few inches, then cut around the hole every 1/2" or so to make fringe--that will make the opening large enough for them to slip over their heads.

Then, just go around the whole piece of fabric, and cut fringe the same way you did at the neckline. After doing this, you can either sew up the sides(on the outside, right beside the fringe), like I did for Leia's dress, leaving plenty of room for her arms to slip through. Or sew on lengths of ribbon on each side, to tie the front and back together, like we did for Dustin and Larkin.

For More Halloween Costume Ideas, Check Out These Links!

The decorating was the most enjoyable part. Just use your imagination--there's no right or wrong way to do this. We used glitter glue sticks to make designs on Dustin's jeans, plus we used it all along the neckline of his outfit, dabs at a time, then pressing a tear-shaped bead onto the glue.

For all of them, we took the thin wire, about 5" long, and folded it in half. We stuck a feather inside the folded edge, and twisted it around a couple of times to secure it(you can also dab a bit of hot glue on them), then threaded different colored beads through one end of the wire. Lastly, we stuck both ends of the wire through the fabric, wherever we wanted them, then twisted the ends together underneath. To make sure the kids wouldn't get poked with the wire ends, we dabbed hot glue over them, and pressed them to the fabric.

For added decoration, we just hot glued beads in various places all over the fabric, and for Larkin, we made a necklace of beads and sewed it onto his shirt.

We also used rickrack for trimming the bottoms of the Dustin's shirt, the neckline of Larkin's, and also around the hem and arm openings of Leia's dress. I sewed these on, but you could hot glue them if you would rather use that method.

For the boys' jeans, I just cut strips of the brown fabric, fringed it, then sewed it on to the outside seams, then hot glued rickrack over the seams to hide them. You can also glue on the fringe, whichever is easiest for you!

Now We Make the Headdress For Each Child

For Leia and Dustin's headdresses, we used the tan felt. First, we measured around their heads to get the length we needed(cut felt about 2" shorter than your measurement, though). We cut strips about 4" wide, then whatever length we needed for around their heads. Double it lengthwise, then sew a seam along the long edge(not the folded edge). You can hide the seam by pressing the felt, with the seam underneath where it won't show.

Sew a piece of ribbon length on each end of the felt--then you can just tie it on their heads, and make it as snug as you need, since sometimes felt will stretch out. Decorate with rickrack, beads or whatever you want by using your hot glue gun. Then glue feathers to the inside of the headbands, so it'll look much neater.

For Dustin's headdress, we added some extra lengths of ribbons to hand down the back, and glued lots of feathers all down them--for more of a "chief" look.

For Larkin's "headdress", I just tacked some feathers to the hood of his coat, so I could easily remove them after Halloween was over.

Like I said before--there is no right or wrong way to do these outfits--let your imagination run wild! These were probably some of our most favorite costumes to make, and our kids just loved them!

Do You Make Your Own?

Do You Enjoy Creating Costumes for Children?

If you've decided that you'd rather buy an outfit or part of one, be sure to check out the special deals on Amazon! Their kid's section offers tons of ideas and costumes for your child! 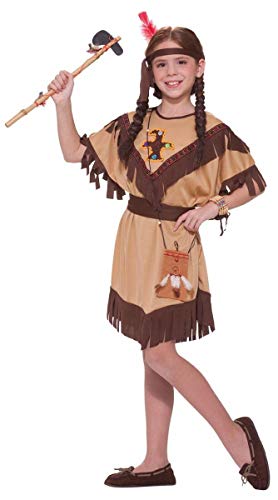 Dressed, painted, and ready for Trick or Treat!