Popular dance styles from around the world

Different forms of dances are performed in different parts of the world. Origin of many of them is known to us while that of some still remains a puzzle. Not very sure if it will take a whole day or a month or year to write about all the dance forms which exist around the world as different countries have their own styles. In country like India each community of people have their own culture and form of dancing. Each dance is unique and beautiful in its own way. Some are very popular than others. Some of the dance styles which are widely popular are discussed in this hub.

Ballroom dance is a style of partner dance which originated in the western world, and is now enjoyed both socially and competitively in many parts of the world. The Ballroom dance is one of the most entertaining and elite styles of dancing.This dance include many other dance styles. There are many dance techniques that have been developed especially in America. Viennese Waltz: This style of Ballroom dance is based on the original form of the Waltz dance. There are many versions of this style of dance. This dance originated in the latter period of the 18th century. It was especially popular in south Germany and Austria, where it was known under such different names as Dreher, ländler, and Deutscher.

Foxtrot: Te Foxtrot known as the first truly American ballroom dance, was
named after the creator, Mr. Harry Fox, after he stormed into grotesque
holds with exaggerated body and arm movements. The Foxtrot was now based on four standard figures: the Walk, Three Step, Natural Turn and Reverse Turn. The development of this dance concentrated on the classical style with fluent continuity and control of movement over the dance floor.


Tango: Tango which is believed to be originated in Argentina in the early 1900 century is one of the most famous forms of ballroom dancing. Like all Ballroom dancers, the male has to give the lead to the female. The various moves used all make the dance look even more beautiful to the onlooker. This International Standard varies from the American Style in terms of movement.

Waltz: Waltz believed to be originated in Germany in 18th century quickly became very famous dance forms of 19th century. The Waltz is danced to slow beats and is an equally beautiful dance form. The Waltz dance is one of the slow and most attractive and rhythmic styles ever.


Cha-Cha-Cha: The Cha-cha-cha simply called the cha-cha is a type of Latin American dance which is originated in cuba. This dance is energetic with slow movements as well. The Cha Cha is a vibrant, flamboyant and playful dance. The light and bubbly feel of the Cha Cha gives it a unique sense of fun for dancers throughout the world.

Jive: This is yet another lively form of Ballroom dance. This dance is also amongst the five dances that belong to the Latin American dance styles. This form of dance was developed in United States in 1940.

Bolero: A Spanish dance which was developed in Cuba and became widely popular in United States in the mid 1930s.Bolero has ruled the hearts of many dance lovers for almost a century and even it is today very popular.

Salsa: Many believe that this dance form is created by Spanish speaking people of Caribbean Island. This dance is a very sensual form that is known for the flirtatious and lively steps. While dancing the salsa, the couples can even perform on one spot without traveling all over the floor. The dance steps of this very beautiful dance show many influences from other dances such as the Mambo, Changui, Palo, Rumba etc. Salsa is widely popular all over the world. In India too it has gained a lot of popularity among young generation.

Bachata: This is a romantic style of dance that finds its origins in the Dominican Republic. Bachata dancing is relatively up-tempo though, and consists of basic back and forth or sideways motions. Because of its history as a dance between lovers, there are many sensual hip and body movements.

Hustle: The Hustle is performed as a Ballroom dance and is very popular in the nightclubs as well. The Hustle gained wide popularity after the release of movie ‘Saturday Night Fever’. 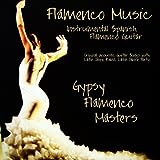 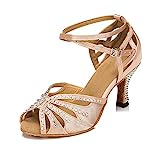 Ballet Dance:The Ballet dance is a very beautiful form of dance with a formal look. This dance was originated in France and later on developed in Russia, Italy, and England in the seventeenth century. There are many ballet schools around the world that teach all about the various technical terminologies in relation to classical ballet. The classical Ballet is the most formal style of ballet.

Flamenco Dance:This beautiful and elegant style of dance originated in Spain but was developed in Andalusia. In this form of dance flamenco music plays a very vital role .This beautiful style is also particularly noticeable due to the gorgeous costumes.

Bharatanatyam is one of the popular Indian classical dance forms. which finds its roots in the southern state of Tamil Nadu. It is believed that Bharatanatyam is mainly a renewal of Cathir, the ancient art of temple dancers. The dance form has been named after Bharata Muni, the author of the Natya Shastra (ancient treatise on classical Indian dance). Although Bharatanatyam is predominantly performed by women, men are also known to engage in it. While the women wear a typical sari in the dance performance, men have bare chest and wear a dhoti-like outfit in the lower part of the body.

Kathak, which originated in northern India, represents one of the eight forms of Indian classical dances.The term 'Kathak' has been derived form the Sanskrit word 'Katha', which means a story. It is very narrative in nature. Kathak focuses more on the footwork of the dancer. The movements are skillfully controlled and performed straight-legged, by dancers wearing the ankle bells (ghunghroo). The costumes and themes of Kathak are often similar to those in Mughal miniature paintings.

One of the most popular forms of classical dances of India is Kathakali dance. Kathakali dance drama originated in Kerala and it essentially is a musical drama.

Embedded in stories from the epics, Ramayana, Mahabharata and from the Puranas (ancient scriptures), the dance form is believed to have originated in the 16th century. Kathakali can be described as a highly stylized classical Indian dance-drama, noted for the heavy make-up and stunning costumes of the dancers. The make up and costumes form an essential part of the art of Kathakali. 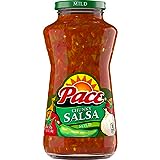 Bhangra (Bhangda in Devanagari) is a most beautiful and vibrant form of dance which originates from Punjab province of India. It is mainly performed to celebrate the success of the harvest.


The costume of a Bhangra dancer consists of a bright, colored Patka on the head, a lacha or lungi of the same color, a long tunic and a black or blue waistcoat and ghunghroos on the ankles. Some dancers also wear small rings (nuntian) in their ears. The music of Bhangra is really vibrant and it has an intoxicating effect on the listeners. The listeners also get connected instantly with the tunes of Iktara and beats of the Dhols. The music brings out the free spirit and un-inhibited flow of emotions that allows people. One of the interesting things about Bhangra is that it`s not just a single dance form but it encompasses large number of sub genres as well. The major sub genres of Bhangra are Dhamal, Jhumar, Daankara, Luddi, Giddha, Julli, Gatka, Saami and Kikli. All these sub genres follow different dance formats and together they combine to form an all-round view of original Bhangra.