One of my Favorite Photographers

Without question, this is the most talked about subject, because aperture either adds dimension to a photograph by blurring the background, or magically brings everything in focus.
Aperture is a hole within a lens, through which light travels into the camera body.

The iris of the lens that controls the size of the aperture is called a diaphragm in optics. The sole purpose of the diaphragm is to stop all light, with the exception of the light that goes through the aperture. In photography, aperture is expressed in f-numbers (for example f/1.8). These f-numbers that are known as f-stops are a way of describing the size of the aperture, or how open or closed the aperture is. A smaller f-stop means a larger aperture, while a larger f-stop means a smaller aperture. People find this to be very awkward, since we are used to having larger numbers represent larger values, but not when it comes to aperture. For example, f/1.2 is larger than f/1.8 and much larger than f/11.

This is where depth of field comes into play (which is what helps create dimension in your images).

Photo of my youngest daughter

Shutter speed is responsible for creating dramatic effects by either freezing action or blurring motion.

Shutter speed, also known as exposure time, which stands for the length of time a camera shutter is open to expose light into the camera's sensor.

With a fast shutter speed, it will help you to freeze motion allowing you to get a crisp/sharp image!

With a slower shutter speed, it will allow you to create an effect called motion blur.

Shutter speeds are normally measured in fractions of a second, when they are under a second (i.e.1/4 means a quarter of a second, while 1/250 means one two-hundred-and-fiftieth of a second).

Your minimum shutter speed should rarely be less than your focal length, unless using a tripod.

This rule of thumb should be used to prevent blurry images.

When to use a slow shutter speed to get awesome effects ... Waterfalls, rivers, hose with water flowing out of it. This will blur the motion of the water creating a very beautiful look. You will need a tripod if you have unsteady hands like me, because you will need to use a very slow/long shutter speed (for example a 5 second exposure time). 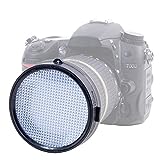 ISO is the level of sensitivity of your camera to available light. The lower the ISO number, the less sensitive it is to the light, while a higher ISO number increases the sensitivity of your camera sensor.
So how do you know what ISO to use?
For the best possible image with little to no noise (also called grain) set your ISO at it's lowest (some cameras allow you to set it at 100 while others only go as low as 200).
While shooting outdoors on a sunny day you will want to use you lowest ISO setting, so 100 or 200 depending upon your camera. The best times to shoot outside are early morning (sunrise) and evening (sunset), because the light that the sunrise and sunset give is a more natural and warm light than the middle of the day. If you must shoot outside during the middle of the day (while the sun is at the highest point in the sky) try to find shade from a building, trees, etc.
If you are shooting outdoors on an overcast day, you will need to increase your ISO to around 200-400. If you are shooting indoors near a large window with natural lighting, you can also set your ISO for around 200- 400.
On a rainy/really overcast day/low light situations and indoors with no natural lighting, try increasing your ISO to 800-1600. Remember as you increase your ISO, you will get more noise/grain in your images.

What do you want to learn more about photography?

Today we're going to discuss white balance. The purpose of white balance is to get your camera to show images as close to what your eyes see when taking a photo.

Setting Custom White Balance
This can be done a number of ways (i.e. gray card, ExpoDisc, White Printer Paper, person in image wearing a white shirt, etc).
Gray Card -In order to use a gray card it must be 18% gray in order to get the proper exposure. They are very accurate when you use them properly, but I don't own one so I can't give you any examples of images taken after using a gray card.
Expodisc- I own an expodisc that is Neutral in color, but they have a warming one for Portraits. I personally like my images as true to what my naked eye sees. I don't like overly warm images and I don't like overly cool images. There are many videos/tutorials on how to use an expodisc on YouTube. But the basic idea is... You hold the expodisk over the lens (lens must be in Manual Focus for it to work), shoot towards your light source, remove Expodisc, turn Auto Focus back on, and then set the image you just took as your white balance (please refer to your manual as to how to do this, each camera is different).
Please note that you MUST re-white balance your camera as the lighting changes. So if you are outside shooting in the middle of the day, that same white balance won't work with images that are being taken at Sunset.
White Paper/White Shirt- When using white paper have your subject hold the paper and fill the frame with said piece of paper. You then take a test shot, once you've taken your shot, you can then set it as your white balance.