How to Draw Phineas and Ferb

The Character Phineas and Ferb

In this tutorial, I am going to show you how to draw the title characters from the Disney Channel show Phineas and Ferb. For those of you that have kids or nieces and nephews that watch the show, you can learn to draw the characters with them. Or learn and then teach them. It's a fun way to engage in the children's interest while having some fun together. Now these are pretty simple cartoons but there will be a lot of erasing and you might need to do some re-drawing. So good luck and here you go.

Step 1: First draw a long rectangular shape, that is wider at the top and thinner at the bottom. This will be the basic shape of his head.

Step 2: Now draw a rounded square shape nose about in the center of his head. Ferb has a big nose.

Step 3: Adding the eyes can be tricky. First draw a small eye at the top of the inside of Ferb's nose. Then add the bigger eye behind it, on the outside.

Step 4: The mouth is easy, just draw a little bump half way between his nose and neck. Then the line extending inward for his smile. The ear is just a little backward "C" shape with a 3 inside of it. And that is on the opposite side, between his eyes and nose.

Adding his hair and clothes

Step 5: Ferb's hair is a little bit scruffy looking so just draw some scruffy spike like shapes on top of his head. 3 extending to the right and 3 to the left. Over his forehead is a big chunk of hair, so make that spike thicker.

Step 6: Drawing Ferb's shirt is easy. His collar is wider than his shirt. Draw a straight line extending from the bottom of his neck. Then connect the ends with a large "W" shape, and add a small "o" in between. Draw a line on each side for his arms, and then two parallel lines for his waist.

Step 7: Now to add his pants and belt. Draw the outline of his pants right underneath his arm pits. With a "V" dip in the center. Then add three little rectangles side by side for his belt. His pants flare outward at the top. After you can add in his arms. Very thin and just wrap them around to his back.

Step 8: Now to make any corrections in shapes or erase lines. Look at a picture of Ferb and try to make it looks similar.

That's it! That is how you draw Ferb. You can try drawing him in different poses and facial expressions. Now go practice.

Now that we drew Ferb, it's time to draw Phineas. He is a little bit easier to draw.

Step 1: Draw a sideways triangel with inward curving sides on the bottom. This will be the basic head shape.

Step 2: The mouth is simple, just draw a little curved line for the smile and a small bump for the upper lip. The ear is the same as the ear on Ferb. a backwards 'C' shape with a 3 in it.

Step 3: To draw the eyes, start off with a  oval shape for the first eye, then add a half oval behind it.

The hair and clothes

Step 4: Time to add his hair. It's similar to Ferb's hair, scruffy spike looking. Just try to draw something similar to what I have done. Phineas also has three small dots in a triangle shape under his hair on his forehead.

Step 5. Now for his shirt. Draw a basic shirt with a small colar at the top. Add in his stripe pattern and thin arms. Phineas has almost a hunch so draw him like he slouches.

Step 6: Make any corrections and erase any extra lines.

Now that's how you draw Phineas. Again you can practice him in different poses and facial expressions. Keep practicing and go show your kids. Enjoy!

Look at my Other Hubs on How to Draw:

How to Draw Phineas Video

Some links of Phineas and Ferb 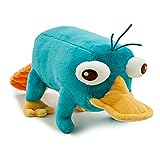