How to paint like Thomas Kinkade: art secrets; the light in the window of the dream home

How to paint like Thomas Kincade: It's a form of sin-free religious fantasy. He started as a set painter for movies and used low hues and then Cadmium Yellow oil paint for light - straight from the tube; for example;

Other techniques for luminosity: Underpaint with umber (bistre) or greys (griselle) to get the value, light and shadow. Local color was applied; highlights laid in last; Maxwell Parrish and Turner as examples.

Art critique: was it kisch or art? Or in a way the intimiste style style pioneered by French artists Pierre Bonnard and Edouard Vuillard, who were known for their use of patterning and color; (but generally of indoor scenes).

More successful than Picasso: Kincade's formula landscape art appeared derived from religious art and scene painting, and its huge success - due to his choice of themes, mocked him to the end - as he wanted acceptance as a real artist, not a calendar and t-shirt illustrator. The 400 franchise shops which sold his art recorded $57 million in four years.

The Cadmium Yellow lights on in the window

Dreaming of home; a work by a millionaire painter

And see how Maxwell Parrish also piled on the Yellow 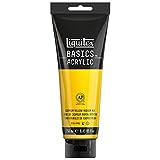 Thomas Kinkade - a kind of modern Norman Rockwell - painted this dream cottage above. Kinkade born January 19, 1958 and raised by his mother - a single parent - died suddenly at his home in California this month.
Lacked personal charm when drunk: He died alcoholic and bankrupt, a sad man, separated from his wife and four children, despite the extreme success of his work. Reproductions of his painting sold for $600 to $12000 each from his franchise shops.
He did not die a good death - or even live a good life - like Australian artists, Margaret Olley or May Gibbs.

Community nearby, but not too close

Longing for a light in a window

Dreams of happiness: Kinkade's paintings of churches, lighthouses, cottages, and gardens appear in an estimated 1 of every 20 homes in America. And on T-shirts, plates, rugs and mass market bric a brac.

The backstory: “His mother was a single parent raising three children and struggled to make ends meet. Due to his mother's working long hours, Thomas Kinkade was used to coming home to a dark and cold home and often envied those homes with light "which is why Thom always paints cottages with the light on".
Thomas Kinkade first sold his prints outside his local supermarket at $25 each.

If not the sound of the sea then a pure, tinkling brook as clean and pure as God made it

Come in the gate is open

His last painting - above - a huge mural for a Billy Graham centre, was reported to have his wife's name coded into it.
His paintings represented dreams of hope: His attempts at reconciliation failed, and he died fat, drunk and doped with valium. And probably very, very depressed. He was not a happy drunk and when drunk revealed a dark side. Who knows - he may have been saved with a big doses of Vitamin B complex. He needed help and did not get it.

Delightful jigsaw puzzle from Disney, with a hidden secret.

I will just rest for a bit

Paintings as rugs and T-shirts

Tired of searching for dream home.

Sometimes we get weary. O so weary. Thom worked on the scale of Michaelangelo; The painting above was for the Billy Graham Library in Charlotte, North Carolina, and 40 feet wide and almost 20 feet high.
Poor old Thom: The "Painter of Light" Thomas Kinkade, died of an overdose of alcohol and a valium. He was - alas - an alcoholic, burdened by a separation from his wife, financial troubles and the low opinion of his work by critics. And yet he must have signed away his rights as his paintings appear on t-shirts, plates, mugs and what not. Prints sell for nearly $1000 each on the home shopping network. So someone's making money. Kinkade must have lived high as he was reported to have earned $53 million for his artistic work in the period 1997 to May 2005.

Arrested for drunk driving in 2010, the same year his company filed for bankruptcy, he died, age 54 two years later – April 6, 2012 after a day of heavy drinking 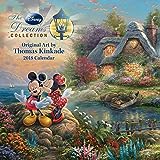 Then Kinkade's company, Media Arts Group Inc., was accused of unfair dealings with owners of Thomas Kinkade Signature Gallery franchises. There were 350 independently owned Kinkade franchises at its peak. An initial cash investment of $80,000 to $150,000 was the cost. One franchisee sued for fraud and won. Kincade's company filed for bankuptcy.

How to paint landscapes

Landscapes in Oils (How to Paint): Landscapes In Oils
Buy Now

A smaller scale life; lessons learned from the death of Kinkade