Everybody loves stuffed toys and there is no handmade article that is likely to be received with more pleasure. Old or young, these adorable creatures are enjoyed by everyone, even those in their second childhood too!

Start with a simple item, following the instructions precisely, and remember that a larger toy is usually easier to make than a tiny one.

It is really easy to draw patterns to the size you require on graph paper. When you have cut out your paper pattern, check to make sure the pieces which will be sewn together match. If you need to make adjustments at this stage, it will save fabric.

Before cutting your fabric, double check that you have allowed as many as necessary of each piece. You will usually need two of each back piece, two of each front piece, two arms, two legs, four ear pieces and a tail. Some pieces will be 'joined' by being cut on the fold of your material. Check this in your pattern.

Watch, too, for a mistake made by all toy makers sooner or later. It is very easy to cut two right sides instead of one right and one left. It is particularly important to watch for this when cutting toys from expensive fabrics such as nylon fur.

Fabrics to Use for Making Soft Stuffed Toys

The fabric chosen should be related to the use the toy is likely to receive. For example, a crib toy for a baby needs frequent laundering and must be made of (and stuffed with) washable material. On the other hand, a team mascot can probably incorporate difficult-to-wash materials such as fur and felt.

Cottons and nylons are particularly suitable for toy making. Use nylon fur for making cuddly toys like rabbits and teddy bears, and experiment with floral cottons when making cartoon-type animals like the door stopper below.

A variety of materials may be used to stuff toys, each with particular advantages. Foam chips are light and washable, but can sometimes result in a 'bumpy' finish if your outer material is thin. This problem can often be overcome by the insertion of a thin foam sheeting lining.

Kapok is smooth, but does not wash well. Synthetic flosses available wash well, but are more expensive. For toys which are not likely to be laundered, fabric off-cuts snipped into small pieces can be use, as can old nylon stockings.

A soft toy should not, in fact be too soft. It should be firm, but not hard. Always fill extremities, such as paws first, and feel as you go to ensure that you are inserting an equal density of filling throughout. Slightly under stuff before sewing up the final seam. This makes it easier to join neatly. Add the final Stuffing before you sew the last 1½" to 2".

The face is probably the most important part of any soft toy. When you are putting together the features, try to achieve a happy face that has an appealing expression.

There are eight ideas for doll faces in Figure 1, and it also shows you where to place features.

Keep them low down on the face (eyes should come approximately halfway down a face) and swap around the features to achieve the expression you require.

Use a variety of techniques. Eyes and eyebrows, for example, can be embroidered (as in A, B, D, E, and H); made of felt or fabric, sewn or glued in position (as in C,D, and G); painted with felt-tip pens (as in E & H); or made from buttons (as in F).

The Japanese doll (H) has a simple hook bar for a nose.

There are eight ideas for animal faces in Figure 2. A variety of techniques have been used. A has bold black felt stripes stuck on each side of the face. B has applique cheek pads, while those on C are sewn in stem stitch; D has a bobble nose, made by gathering round the outside of a large circle, pulling up the thread, and stuffing to form the nose.

E employs strips of felt, snipped after being sewn in place, as eyelashes; and F has endearing spots added with a felt-tipped pen. As you can see in the pictures, most animal faces have the nose and mouth joined.

Felt is ideal for features, but if the toy is to be frequently washed, test a scrap of the felt for wash-ability and color-fastness. Other fabrics an be used if backed with an iron-on fabric stiffener. This will also prevent fraying.

When you are ready to add the features, cut them out in paper first, and experiment with positioning before you start. This is important, as it can be difficult to remove traces of a moved feature on some fabric.

One word of warning, a variety of ready-made features (eyes,noses, etc.) are available in some craft stores. remember that while suitable for toys for older children, these should never be used on toys which may be handled by babies. If using these features, always secure firmly.

Eyes on wire stems should be inserted before the toy is sealed, the ends being twisted well together and embedded in the stuffing, with no way of reaching the outer surface.

Three basic stitches are used frequently in toy making and are shown in Figure 3. These are back stitch, stem stitch and a French knot. The latter is used for adding details, such as eye centers.

Figure 4 shows how buttonhole stitch can be used in two different types of eye.

The third illustration in Figure 4 shows how to affix "hair" in place. Starting at the front center of the hairline, work backwards, as if along a center parting, until a complete head of hair has been added.

Changing the Size of a Toy

To make your toy larger or smaller, simply increase or decrease the size of the squares.

Keep garments simple and removable, whenever possible. Large snaps (sewn on very firmly) are the easiest for little fingers to manager, and garments which open all the way down are less likely to get torn. Felt is ideal for small items of clothing, and convenient because it's edges can be left raw.

Felt can also be used for adding individual touches to furry animals. Try adding a red belt, scarf, and triangular hat to a white teddy bear, or a circlet of pink flowers and matching apron to a 'lady rabbit'.

Accidents will happen, particularly with young children around. If you have scraps of fur fabric left when making an animal, it is a good idea to give them to the parent of the child. A chewed or torn off ear can then be replaced, or a split tummy operated upon successfully, and your toy will enjoy a prolonged life.

We have now covered the basics of making soft stuffed toys. Try an easy project, a snake door draft stopper to get started. 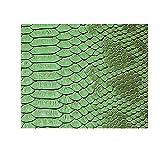 These snakes are charming as ornaments, toys or fulfilling their original purpose as draft stoppers, to lie along the bottom of that door that just doesn't seem to keep the drafts out.

Make them funny or cute or even sinister, there is a snake to be made for anyone. Here's how to make them:

Cut a piece of fabric of your choice 36" X 6½". Fold each long side in to the center 1¾" (right side inside) and cut to form head and tail end as shown in illustration.

You will see that the head end is blunt and the tail end is more pointed.

Stitch the long body seam, taking ¼" seams, leaving a 9" opening a little way in from each end to allow for stuffing.

Sew around the face and tail.

Turn right side out and press with seam in center underneath.

Stuff with chosen stuffing so the snake is firm but still flexible. When stuffed, close up the holes.

Cut two black felt circles, cut a circular hole in the center of each. Sew or stick around eyes as spectacles.

Cut a small 'tongue' from white felt and sew in place.

Finish Mr. Snake with a black bow around the neck.

Cut two pieces of eyelet lace trim 13" long and seam together down the raw edges. Join short ends to form a cylinder.

Run a gathering thread down long center seam, slip over snake's head and gather up to form a neck frill.

Catch with a stitch to the snake and cut off thread.

Sew on two buttons for eyes and gather 2" lengths of eyelet lace to form eyelashes. Stitch these in place.

Finish Mrs. Snake by cutting a smiling mouth from black felt and glue or sew on front of head.

Remember that you don't need to copy the trimmings exactly. Use whatever ribbons, braids or beads you have on hand to give the snakes personality and character.

Have fun and Happy Crafting!