Being of Hungarian descent I have a fascination with the folk art and culture of the Magyars. Enjoy the beauty of it with me in these hubs.

Embroidery embellished fabrics are considered one of the oldest folk arts. Hungarians have been known to love the decorative value of needlework from long ago in their history, filling their homes, linens, and clothing with color and pattern. Eventually the decorations spilled onto pottery, buildings, gates and furnishings.

Early historians reported on these people who came pouring into the place that they would make their homeland:

from times before the Magyars came to the Carpathian Basin - it has been written, that the Hungarians liked to dress in richly decorated and embroidered clothing and their surroundings were pompous. ~Emese Kerkay

This textile craft roots deep into the culture of Hungary, and takes on the unique characteristics of the people who created it.

There is always a strong folkloric look to these crafts. Even when more delicate materials were introduced, the Magyar needlewomen preferred their own style and stitches.

Start With The Design

What makes the stylistic character of Hungarian Embroidery?

Using time honored figures and colors, there is a recognizable quality to each item. Expert embroiderers often hand draw the design according to traditional motifs, then embroider in an array of colors.

The Language of Color

The earliest embroideries and hand-woven fabrics are decorated with red. It is the color favored by brides and young women.

First Whitework, Then Red or Blue, Finally A Color Explosion!

At first, an all-white palette was used to decorate household linens, etc. This style is still used today, but it is not as popular, nor seen as often, as the more colorful samples.

Usually the pattern in antique pieces is limited to two or at the most three colors. A deep blue or a shade of red called "Turkey red" were most often used, along with a natural ochre yellow.

Turkey red is a vivid dark red made by a process that originated in Turkey or India.

At the end of the nineteenth century threads of many colors became available until today's Kalocsa-style pieces can have as many as 22 colors.

Stitched in geometric patterns, this common color combination, worked with wool on homespun, is common throughout the Eastern European region. It makes a very striking color combination and is used on doilies, table covers, and many practical household pieces.

It is still very popular.

Besides styling or motifs chosen, a region often has distinctive colors that identify its particular needlework. Even those with religious differences choose their own colors: blue and yellow for Catholics and red for Calvinists.

A Sampling Of Regional Color

You can see that if a study is made of traditional patterns, much information about who was wearing it, and who made the item can be gleaned from some of these customs.

Blue Imported With The Swabians

When the German settlers came into Hungary, their preferences in embroidery colors came with them. Swabians favored blue and white for their designs.

A mix of regional styles, each one with its own characteristics, still manages to project a recognizable identity that is "Hungarian". Like their costumes, the people of a geographical area created a brand of color and design that stands out and marks their needlework clearly in a tribal way.

Everyone Loves The Kalocsa Look

Planning A Design With Motifs

If there is one thing that stands out, it is the Magyar love of flowers. Yes, you can find birds, the occasional deer, leaves and swirls, but it is the burst of flowers that signifies the Hungarian folk patterns most of all. Of those, I think it is something of a draw between the tulip and the rose.

Both are beloved in the colorful embroideries found throughout the clothing and household items.

Hungarian Folk Designs for Embroiderers and Craftsmen (Dover Pictorial Archive Series)
Full of historical information, a full display of the patterns, and as a guide to creating your own crafts with authentic, ethnic Hungarian designs. Districts of Hungary had their own particular folk costumes and also styles of embroidery. Identifying the types of embroider work found in each part of the nation.
Buy Now

Who Makes The Designs?

Most regions had stock motives that were combined to create the designs to the taste of the creator, this included colors and techniques that combined lacey borders or specific stitches. Handed down from generation to generation, retaining strongly identifiable design.

Although in the last century or so this has been an art created by women, it wasn't always a gender isolated craft.

Many men were employed in the embroidering of leather goods during the time when heavily decorated capes called szür were in vogue. They were so highly prized that some resorted to thievery to obtain one, according to some sources. They were popular!

In earlier times men artisans predominated when there was economic status involved, but women did all the embroidered goods that decorated the home and clothing.

The clothing of the men were sometimes covered with as many Matyo roses as the women's.

Women who become expert in embroidery work learn many basic patterns. Their creative process of making pleasing patterns often earns them the place of becoming "drawing women". They draw free hand patterns on items that are then embroidered by others who have mastered the techniques of stitching, but aren't as capable in putting together the overall designs.

These drawing (or writing) women have such a grasp of their medium that they can instantly know just how to fill the space of an item with the most pleasing combination of flowers, leaves, animals, and polka dots. Coming up with original variations on venerable styles of embroidery patterns, they bring a fresh look that is becoming ever more bold in color and form.

Especially in the last century or so, patterns have been recorded in tutorial books. Pages are sometimes available in modern

pattern books, online in blogs, and in from museum sites.

Like a painter's medium, the thread, its type and thickness, the effect of the way the thread is laid onto the fabric creates the final picture.

It is reckoned that 52 different stitches are used in traditional Hungarian embroidery work. The Satin and Stem are used most often.

Explanation And Illustration Of Stitches

To work: Trace a design consisting of small flowers and leaves upon a material, and place in a frame. Bring the needle up upon one side of traced flower or leaf, and put it down again on the opposite side, and in a slightly slanting direction; return it along the back of the material to the place it first came up at, and bring it out there, close to the last stitch on the right-hand side. Put it down close to where it went in in the last stitch and on the right-hand side, and continue

Shade by working leaves or petals in different colours, not by blending colours in one leaf, and fasten off, and commence threads by running them in, so as to show neither at back nor front of work

Beautiful On Both Sides Of Work

Weldon's 2D #86 c.1892 - Practical Hungarian Embroidery (Weldon's Practical Needlework)
Illustrated how-to booklet that provides both the ethnic embroidery stitches used in Hungarian work and the authentic colors. Too often there is a loss of the techniques for the old crafts. This spiral bound pamphlet of pages gives some of the old fashioned know how to those who wish to produce some of the folk style embroideries of Hungary.
Buy Now

Hungarian needlework is ever evolving, and the styles and designs are changing, moving further away from old restraints in color and pattern. There is also a decline in the number of women who take up the needle to make these age old crafts.

One thing that doesn't change is the appreciation for the skill and beauty that these textiles display.

The Culture That Produced This Art

Who Were These People And Where Did They Come From?

Art has always been the domain of the self expression of the person, but it is also the expression of a society and at times has certain tribal aspects. Here is a little background on the country called Hungary, to identify some of the regional flavors of this fabric/textile art.

A Little History And Geography

To pinpoint the places, and understand a bit about the regional development of styles, Here are a few facts about Hungary and its people. 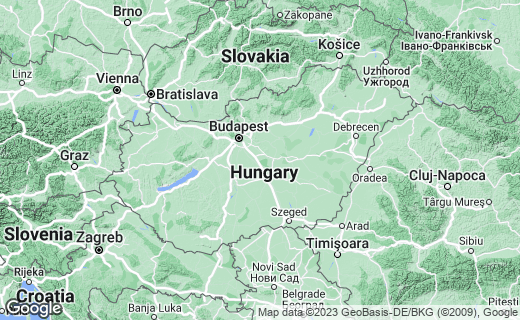 The history of Hungary made it something of a Goulash, if not a melting pot. At the edge of Europe, it was invaded and ruled by varying people and empires.

These people are considered the "Hungarians" and swept in from the Asian steppes to settle Hungary at the turn of the 9th and 10th centuries. It is their language which is spoken, and their aesthetic sense which informs the culture of the country.

During the wars with the Ottomans a large portion of the Magyar population was wiped out, leading to the invitation to Germans from Swabia to come and settle. Still retaining their distinctiveness, the Swabians brought their influence to Hungary's foods, farming, and fabric crafts. They developed their own unique brand of architecture and style.

Other People And Tribes

As part of the Hapsburg Empire, there were many ethnic groups, including Slavic, which lived together in Hungary. Before the treaty of Trianon, the country was much larger and included present day Romania. Ethnic Hungarians still live in these nations, still practicing their crafts, singing their songs, and keeping their language alive.