Graffiti - Art from the Streets

Should the Banksy Artwork taken from a London street be returned to the Community from which it was taken? Did the recent withdrawal of this piece of Artwork from a Miami Auction House set a precedent when it comes to the long debated issue of who actually owns Street Art or Graffiti! Can we now argue that Artwork placed within a Community by Banksy was in fact meant as donation to those who live there!

The Artwork of Banksy has always conveyed a message to the people and I doubt that it was ever intended that any one person should profit from it. This beautiful image depicted a young lad hunched over a sewing machine, sewing Union Jack bunting. It was seen by visitors from all over the globe and was a tourist attraction in the London Street where it was painted. There were even street signs put up to help visitors find it! It also brought in much needed revenue to an area where it was sorely needed! Should an individual who never paid a penny for it, be allowed to profit by it? The estimated asking price was said to be in the region of £450,000?

I have long been a fan of graffiti art. As an amateur photographer I have photographed many such images over the years. Some of my fellow photographers argue that the images I take will not win me any prizes! I am not looking to win any prizes. I merely wish to document the Artwork. My feeling is that it is temporary art and as such, is only lent to us for just a short while. Sometimes it deserves to be documented.

Love Graffiti or Hate it!

You either love Graffiti Art or you hate it. Many people wish that it did not exist at all! All the art shown here in this Hub was painted legally, meaning that the Artists had prior permission from the Landowner to paint on the walls.

The Artists will often drive great distances to paint on the walls. I was fortunate enough to be in the right spot at the right time to see it all happen! Dozens of Artists, all wielding spray cans descended on the site. They arrived in graffiti covered vans and erected scaffolding. The walls were soon covered in paint and in record time! Then, they were gone as quickly as they had come!

For me, it was a thrilling experience to watch this Living Art simply spring up from the walls. I talked with some of the Artists from whom I had sought permission to take these images. Permission was given, on the understanding that I agreed not show the Artists faces! They were a great bunch of people! It does seem a shame that Graffiti and the Artists themselves have earned such bad press.

All of the earlier images I photographed have long since disappeared from the walls. They have all been over-painted. Most of the walls themselves are soon to be demolished. The Artwork and the messages they conveyed are but a distant memory. The area is soon to become a Supermarket.and a parking lot.

I believe that Graffiti Art should be encouraged as a career option for youngsters at school. There are a few companies in the UK who employ Artists who also create Graffiti Wall Murals for both large corporations and private individuals. They will also provide Live Art sessions and classes. They also offer Marketing Solutions and Team Building Courses for Corporate Clients. Their Artists will paint anything from your office to your home. The Murals will be expertly painted and can instantly bring life to bland walls. If you are thinking of running a Corporate Training Course, the Artists will travel almost anywhere in the world to help with these. They will teach the Delegates on the course how to paint Graffiti Art. Afterwards, they will let the Delegates loose with spray cans to work on the carefully prepared boards so that the Delegates can create their own pieces of Artwork. What a fun and engaging way to bring together a group of people for a team building exercise! What an ingenious, exciting and creative way to team build!

The artists will help with Advertising campaigns, small or large. They will paint live for Festivals or for large groups of people. Your imagination is the only limit to what they can do!

Personally I would paint some of the walls of high school classrooms with Blackboard paint and provide the children in the class with the opportunity to learn how to do Graffiti Art in chalk on the boards. I have seen some of the most amazing chalk drawings in some of the best liquor shops in Africa. The drawings were all of wild animals. They were stunningly beautiful and these were all created for Advertising Campaigns within the Branches or the stores.

The lives and Social History as seen through Art

I have also seen wonderful Artwork painted on the walls of Prisons in Africa. This art depicted the lives of people who lived there. As such it provided a real insight into the lives and culture of the people. This served both as an educational tool and a form of expression for the Artists involved. Like Banksy, this teaches us that not only does art provide a message but that it can also helps to teach visitors and local people alike, about some of the social History of people who live there.

There is simply no reason to think that children could not be encouraged to learn how to do Graffiti Art at school. Expert Graffiti Artists could be brought into High Schools to teach the children how to express themselves in this modern way. It would go a long way to help eradicate the offensive Graffiti which can so often be seen as blight on our society and also on the walls of most public toilets etc. Surprisingly I believe this could be a way for teachers to connect with the children. If they study the images created by the children they may learn a lot about the children who created them!

Live art events could be held at schools. These events could be used as fund raisers or even used for team building exercises for the parents, teachers and children alike. This would give the young adults a chance to communicate with their parents on the same level. Screen printing Graffiti Art on T shirts could be taught and used to raise school funds. The skills learned from this will benefit teenagers who may wish to run their own small business enterprise one day! This could help them to fund their own University education with the proceeds.

We need to teach our children in these tough economic times that they cannot always rely on getting employment when they leave school. The truth is that one day they may need to become self employed! If we can help them acquire the necessary skills and confidence at school by using the same techniques described above we must surely be onto a winner! We also need to teach our children that they can no longer ignore the environment and just paint Graffiti anywhere! Part of our children’s education should be to ensure that they are taught to respect the environment. Wall art is here to stay but we need to find a way to make it acceptable to everyone. I believe that one way to do this might be to allow the art to be viewed in designated areas.

Art should never end up being sold for a huge profit by Individuals who seek to profit from someone else’s work without permission, as happened with the Banksy image! This should never be allowed to happen again!

Is Graffiti Art Something You Would like to Do As a Career?

AND DO YOU THINK THAT GRAFFITI ART SHOULD BE TAUGHT IN SCHOOLS? 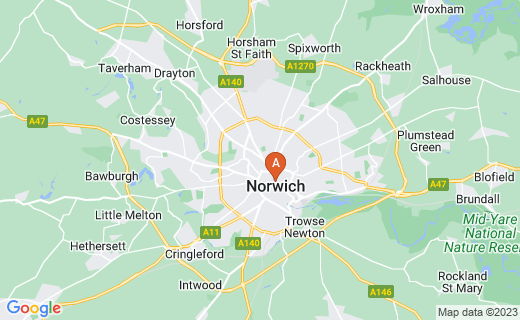