Wassily Kandinsky was born in Moscow, Russia in 1866. Early on in his life, Kaminski could not fathom why so many of the popular artist of the day, would not paint objects as they were seen by the human eye, but would delve into the abstract. In a strange twist of irony, it was Kandinsky himself, that’s spear-headed the deepest penetration of the Impressionist of the 19th century, into abstract art. From a young man to a talented and tremendously enamored-impressionist painter, of the late 1900’s, Kandinsky is widely considered the founder of abstract art, and a true master artist, who defined what it was to be a leader, in the artistic landscape, of the 20th century. Wassily Kandinsky always appreciated art and the sense of color, yet did not delve into what he himself, would later say, as what he was ‘born to do’, until age 30. Up until then, the painter-to-be couldn’t see past the success he found in his first career objective, of teaching law and economics, as that was his first desire. This ‘about-face’ into art school in Munich in 1896, although not shocking to his family and peers, was a bit surprising to, Wassily Kandinsky.

Undeterred by his unsuccessful first-attempt to gain admission into the art school at Munich, Wassily Kandinsky began learning the art on his own time, and this was to the betterment of the entire painting world. It was here that Kandinsky saw his first exhibit by Monet, and was particularly struck with the famous ‘Haystacks’ painting, by this wonderful French master. It was not the object of the haystacks that propelled Kandinsky further to look into himself for more artistic expression, it was the power of color that transformed this law teaching semi-painter, into one of the world’s most foremost leaders in the abstract art movement, of the 20th century. ‘Color Studies’ was painted by Wassily Kandinsky in 1913, and demonstrated his supreme command of the abstract genre. This famous and beloved painting, has inspired countless legions of artist’s to put down what ever it is presently being worked on, and dive headlong into the fascinating and colorful world of abstract art painting. Colleges have been built around what tendencies Wassily Kandinsky instilled into the abstract art painting institution.

About Color Studies and Concentric Circles

As a founding father of abstract art, Wassily Kandinsky was inspired through the shear intensity and pure inspiration of musical compositions, such as Mozart and Braun, as he painted magnificent works of art. He would later say that music and painting go hand-in-hand and the two fit rather nicely together. ‘Colour Studies: Squares and Concentric Circles’, is Wassily Kandinsky’s most treasured and recognized work. The painting is illustrated with 12 sections of circles that are seen to be inside square divisional angles. In true abstract form, he attempted and succeeded in creating a firestorm of feelings and emotions, with his use of bright colors, mixed with more-earthy hues. What this does is send the left side of the brain, of the viewer, into high-gear, attempting to process the contrast of earth-tones and styles, with bright, colors, all at once.

With color ranging from cozy reds and gold’s and yellows, to Icelandic blues and forest greens, Kandinsky utilized the overlapping of colored circles, and placed them inside a square compartment. Upon second and third notice, it is then that the viewer can take out what Kaczynski was attempting to translate into objective visual reality. The square shape begins to radiate and transform into essentially a circular shape with each, overlapping of color and design. ‘Color Studies Squares and Concentric Circles’, has been mentioned as one of the greatest abstract works of art, in the history of art itself. 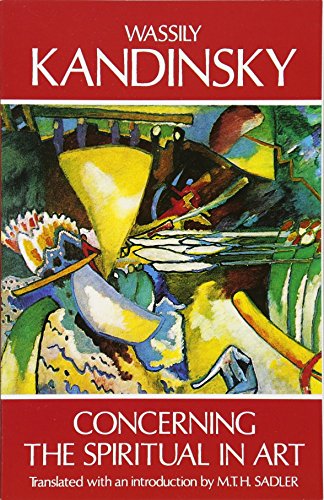