Carolyn worked as a technical writer, software user interface designer, and as a gig writer way before it was hip. 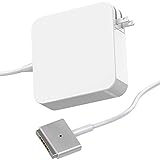 Making crafts from duct tape is fun, fast, durable and relatively inexpensive. Crafting with duct tape is an explosive trend, gaining in popularity. Gone are the days when duct tape was ONLY used to hold batteries in place on the backs of children's toys, or to hold a broken taillight onto a car. Duct tape has become a popular crafting material, especially among teens, thanks to the Duck Tape Prom, a contest that inspires teens to make their prom attire entirely from rolls of duct tape. Teens are going all out to win this contest, sponsored by the Henkel Corporation based in Northeast Ohio, which rewards the most creative prom attire with prizes, publicity, and even scholarships. Make a prom dress out of duct tape and win a college scholarship? Sure, but the competition is stiffer than duct tape, so if you plan to do this, make sure you buy penty of rolls of duct tape, and get your mojo on!

Other brands of duct tape include U-Line, 3M, Gorilla, and Shurtape. A note about Shurtape, this duct tape come in several colors, but is not as durable as some of the other brands.

Many who are familiar with duct tape know it to be available in shades of gunmetal grey. But as duct tape has grown in popularity as a crafter's tool, it has been sold in many different colors and prints. Duct tape is still available in the hardware aisle at your local retailer, but it is becoming increasingly available in craft stores, too. Keep in mind that while the costs can differ, depending on the location you buy your rolls of duct tape, the actually tape is still the same. Although duct tape is available though a number of manufacturers, who make the tape in widths usually of 1 or 2 inches, the most easily obtainable and popular brand of duct tape for crafters is Duck Brand Duct Tape. This company has 20 colors in its basic lineup, including some neon shades, and also sells specialty printed tapes. You can buy these tapes in the hardware section of well-known retailers like Target and Wal-Mart, or buy them online through Amazon. Rolls of colored duct tape are more expensive and sold in smaller quantities than tape sold for general purpose use, usually in the traditional color, gray. Colored roles of Duck Brand duct tape are 1.88 inches wide and sold in 10-yard rolls. Now I do not mean for this article to sound like an advertisement for a certain company, but we have a duct tape crafter at home, and this is our favorite brand to use.

Making items with duct tape seems equally popular with both men and women, and it is a craft well-suited for scout groups. Several duct tape crafters are selling the popular duct tape wallets online craft sites like Etsy and others.

Rumor has it that zebra and leopard print duct tape are becoming available exclusively through Michael's craft stores, but these printed duct tapes will be made available online at some future date.

Whether you are making duct tape items for a children's craft, home-based business, or personal enjoyment, the possibilities are almost limitless with this almost indestructible crafting material, but some of the most popular items to make from duct tape include wallets (think Father's Day), handbags, backpacks, and shoes.

It is not recommended that you use an x-acto knife with young children, as the blades are extremely sharp. But in the hands of a careful adult, you can create some fantastic designs using duct tape and a utility (x-acto) blade, either with a template or without. Simple shapes usually work best.

My daughter is the real duct tape expert at our house. She has made sandals, wallets, backpacks, a belt, and even a duct tape water bottle holder, decorated to look like a bee.

A duct tape wallet is an easy and fun craft that can be given as a gift for Father's Day, Grandparent's Day, or birthdays. You can actually find duct tape wallets on sale at crafter's sites online, but this is a fun craft for a rainy day or for a scout troop. Set your teen free with several rolls of colored duct tape and see what they come up with!