The Way-Stations Along US-41 - Big Cypress, FL

I have spent many weekends traveling west down US-41, simply to enjoy the drive through the Everglades and admire its unique agriculture, animals, and culture. However, nothing is more exciting than to find an abandoned building planted alongside the road, with nothing holding it together other than rotted nails and dust! Once I laid my eyes on the whitewashed sidings, I knew there was something more to it than just a wooden shack. I pulled my car onto the makeshift gravel driveway, grabbed my camera and almost fell over my feet trying make my way towards the structure. As I approached, an older gentleman named Mario, pulled up beside me, laughing at my eagerness. We began taking pictures and admiring the building’s history; astonished at how it is still standing.

As we walked around the building, Mario began to reminisce on when the station was still active. With a warm smile, he says "After a long day of hunting, we would park our swamp buggies to have lunch and enjoy a few drinks." He pointed to the side of the building, where the cypress forest lays, "There would be swarms of buggies and people mingling while drinking beer." He began walking towards the entrance, "Dixie, who was the owner, served us, he had long white hair, and wore an Indian style "long shirt" with ruffles on the arms." "He was a settler of the Glades, and thought himself as the protector of the area," he said with a glimmer in his eye. Mario had a nervous tick, causing his eye to blink uncontrollably; for a moment I thought it was the sun but it was a cloudy day.

Both of us had a moment of silence, admiring the scenery; the lush vegetation of the cypress, egrets and herons flying by and the sky darkening above us, as thunder rolled over the sky, the black clouds began laughing at us. We decided to part our ways with an appreciative hand shake; silently thanking each other for the company and small talk. I thought to myself, how lucky was I to meet people like Mario during my day trips, for I would never be able to hear of the history of this unique and lost area within Florida- even if it was for a brief moment it was like living in the past. As I took pictures of this now rundown shack, my heart smiled knowing I will be able to have a piece of history, although small, with me.

History of the Big Cypress "way-station"

Before the stations were even considered, a highway needed to be built; that's were Barron Collier comes in, financially helping the state of Florida connect Miami to Naples/Ft. Meyers by building US Route 41 right smack in them middle of the Glades. With the help of Bay City Dredge Works of Bay City, Michigan, he used the Dredge No. 489 to dig a 10 mile road all the way through to Belle Mead, connecting with US route 951. Now US-41 goes straight through to Copper Harbor, Michigan; a whopping 1,990 miles from beginning to end.

The sites where built in the early 1920's as a way-stations to help locate lost persons traveling through the recently built US-41. Monroe station continued to play that role until around 1949; and was then turned into a gas station and it closed its doors in the 1980's due to environmental concerns over the gas tanks; especially considering that Big Cypress became part of the United States National Park System in 1974. Monroe Station was cataloged at the National Register of Historical Places in 2000, and also has preservationist attempting to re-open this iconic locale. It was one of 6 stations built by Barron Collier, of which the county was named after; stations names are: Belle Meade, Royal Palm Hammock, Fahkahatchee (also known as “Weaver‟s Station”), Turner‟s River, and Paolita.

The Bella Mead station, has been replaced with modern day conveniences such as CVS and Lowe's. Inside the Collier-Seminole State Park, you will find the Royal Palm Hammock station; which is located in Naples, FL. The Paolita and Weaver's stations suffered their demise after Hurricane Andrew; and the Turner River station, was destroyed by Hurricane Donna in 1960. 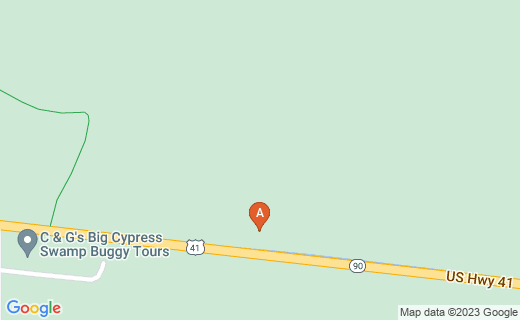 To Trek or not to Trek??

Would you go trekking for abandoned locations?