Performing life as a carnal work of art - incorporated

During the early 90's I heard about a performance titled 'Conference' that had been carried out by a French artist Orlan.

Back then I was an art student and an aspiring stern feminist, keen to learn more about the actions of all the great ladies on the field. I was blown away after reading Orlan's script for the performance dealing with plastic surgery, on her own body / her canvas, criticizing the superfluous contemporary society, superficiality of the male gaze and women's right to choose their own actions.

If you don't know Orlan's art yet, I would sincerely encourage you to learn more. Since the early performances almost twenty years ago, she has also produced an amazing body of photography, often portraying her own face through a multitude of views.

"Finally, it is the invention of a femininity which renders women superfluous, the invention of a difference which is nothing more than a diverted copulation with one's double. In the final analysis [au fond], any encounter with otherness [alterite] is made impossible (by the way, it would be interesting to know whether there has ever been a hysterical counterpart to this phenomenon from the feminine side in the construction of virile and phallic mythologies. Feminism is in fact an example of hystericization of the masculine by women, a hysterical projection of their masculinity which follows exactly the hysterical projection by men of their femininity in the mythical image of a woman).

But there still remains a dissymmetry in this forced allocation to difference."

Plastic Surgery for the Other - Jean Baudrillard 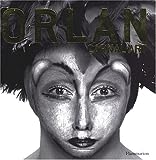 What do you think about Orlan's art of the flesh?