Find out about the famous Post-Impressionist painter Paul Cezanne.

This overview of Cezanne's life and art provides a compendium of links to more information about:

Why is Cezanne important?

WHAT WAS DIFFERENT ABOUT THE WAY CEZANNE PAINTED?

WHAT SUBJECTS DID HE PAINT?

Cezanne's letters provide an insight into his life and his thought processes with respect to art and painting.A new edition - in English - of Cezanne's letters - illustrated with his work which corrects mistakes made in a previous translation .Read this review in the Magazine of the Royal Aacdemy of Arts - Cezanne's thoughts writ large by Edmund Fawcett

The Letters of Paul Cézanne

Overview of the life and work of Paul Cezanne

Self Portrait by Paul Cezanne [Public domain], via Wikimedia Commons

Rated 4.4 out of 5 stars (13 customer reviews) | Like (20)A review of both his life and his lasting influence on art. This book has received some impressive reviews from the art press

A chronology of the life of Paul Cezanne - NGA - Cezanne in Provence: A Provenal Chronology of Czanne:

BOOKS: The Life of Cezanne - books on Amazon

"To Nature, one need be neither too scrupulous nor too sincere nor too submissive." Paul Cezanne

Maps of where Cezanne painted

Find out where exactly Cezanne painted when he was in ProvenceCzanne gained inspiration from the Aix-en-Provence. He said the area "conceals treasures which have not yet found the artist capable of expressing the riches to be discovered here".These are the places associated with CezanneJas de Bouffan - 17 Route de Galice Aix-en-ProvenceJas de Bouffan is the 17th-century country house his father, Louis-Auguste Cezanne, bought on 15 September 1859. They moved in around 1870. Between 1881 and 1885, the roof of the house had to be replaced and he made a little studio in the attic for his son Paul. After the death of his father in 1886, Czanne set up his studio in the large room on the ground floor. On 18 September 1899, two years after the death of Mrs Cezanne, Cezanne and his two sisters sold Jas de Bouffan.

In November 1901, Cezanne bought a small country property on the Lauves hillside which was surrounded by agricultural land, olive and fig trees and bordered by the Verdon canal. The Atelier des Lauves, a two-story structure that still exists, gave Cezanne the privacy he craved while placing him closer to favorite motifs such as the Montagne Sainte-Victoire.

This was Cezanne's last studio.

I've visited the studio and it contains objects seen in his still life paintings done in later life. But for the dust, you'd be persuaded that he's just stepped out to paint plein air!

"Mont Sainte-Victoire" (1887) by Paul Czanne [Public domain], via Wikimedia CommonsThe Sainte-Victoire mountainThis provided a constant source of fascination to the artist. He painted the 1,000 metre mountain for the first time in 1870, and then again in 1885-86.

In the park of Chateau Noir

From 1887 onwards, Cezanne rented a small room in the pistachio tree courtyard.He invited me for an outing to Chateau Noir... One sunny afternoon, he came to pick us up in a car that he rented by the year so that, if he was tired, he could get to his subject or to his studio outside the town. We all left in high spirits, and followed a road which became more and morelovely. Atlastwesawsomepinewoods,andhemademegetout to have a better look at the place, which we explored together. Despite his age, he was extremely agile and was able to clamber across the rocks"(Emile Bernard).

Cezanne chose the highest viewpoint of the mountain when he set his easel near Chemin de Marguerite. Between 1902 and 1906, he often returned to complete 11 oils on canvas and 17 watercolours which today residen in the great museums of the world or prestigious private collectionsThe city of Aix-en-Provence has created the painters' ground (terrain des peintres) within the Marguerite Estate. Opposite the mountain which, from this angle, becomes a figurehead, ten panels depict the main views of Mont Sainte-Victoire as painted by Cezanne from Chemin de la Marguerite.Features of the Provencal landscape which are evident in the paintings - and can still be seen to day - include wheat fields, road to the Alps, red roofs of houses and the power plant.In February 1904, Emile Bernard accompanied Cezanne to paint his famous motif"It was two kilometres from the studio, facing a valley, at the foot of Sainte-Victoire, that bold mountain that he never stopped painting in watercolour and oil, and which filled him with admiration.

Provence was a very important place to Cezanne. It was his home, where he lived for nearly the last 20 years of his life, and where he painted some of his most famous landscapes 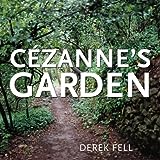 The city of Aix-en- Provence and Aix Regional Community organized a series of highlights in 2006 - on the occasion of the centenary of the death of Paul Czanne (1839 - 1906).

BOOK: Czanne in the Studio: Still Life in Watercolors - by Carol Armstrong. Professor of Art and Archaeology at Princeton University

Cezanne in the Studio: Still Life in Watercolors

"With an apple I will astonish Paris."Paul Cezanne

"Czanne was preoccupied with still life, and painted the same objects over and over again. His concentrated study of familiar items enabled him to develop a new way of capturing his visual sensations. He believed that conventional perspective, which uses a single viewpoint, did not accurately reflect the way that we perceive the world."Tate Museum - Cezanne

"Drawing and colour are not separate at all; in so far as you paint, you draw. The more the colour harmonizes, the more exact the drawing becomes."Paul Cezanne

These online sites provide an accessible overview of Cezanne's paintings for those who want to learn more about his art.I very much recommend The Athenaeum as a resource for learning.

This is a record of major exhibitions of Cezanne's paintings

VIDEOS: Cezanne on You Tube

Comments and Suggestions - Let me know what you think - but please do not spam!