My big Sister was a BIG fan of the late Gregory Isaacs (1951-2010) - one of Jamaica's 'Top Entertainers', awarded the Order of Distinction by the Jamaican Government on Hero's Day (Oct 2016).

Add to that Isaacs is one of 'the most recognizable faces in reggae' (and in London). Immediately recognizable whilst, I was leafing through a Cousin's Vintage Blue Photo Album! Don't you just love rare pictures? Especially in a world full of Bob Marley pictures from 'Marley Unseen Rare Photos'... {http://www.rollingstone.com/music/pictures/bob-marley-the-stories-behind-17-rare-and-unseen-images-20140325} .....to 'Rare and Awesome Peter Tosh pictures'....{https://www.pinterest.com/pin/475200198160217275/ } .....to Rolling Stones and Malcolm x http://www.worldbulletin.net/haber/169216/a-rare-picture-of-malcolm-x .

All the more reason to take a second look at, some Gregory Isaacs!

Looking back, before the internet boom, people would look at their favorite celebrities through various magazines and movie or music posters. Today its easy to access celeb photos through the Internet and no surprise, as I discovered on-line, 'celebrity photos hold a special place in our hearts in today's modern digital world'.

What with the remarkable prices obtained for some celebrity photography in the last decade, the acquisition of such photos has become something of a pursuit in society. Such photos being 'as sought after as rare paintings and even among 'the world's most prized collectibles'. And no, we're not tired of seeing 'reggae legends' through the lens either.

Which is why, when I came across some 9 (Nine) previously unseen photos of the G.I. my heart leapt! And got me thinking like a Collector.

Before the 60's and 70s there was no such thing as a picture collector. The few private photo collectors were looked upon as idiosyncratic individuals. But post World War Two, there was a growing realization that many of the products of the 2nd half of the Nineteenth Century were worthy of preservation and therefore collecting.

Collector specialist dealers and galleries are now well established and in many countries.

In the UK, these include The Royal Photographic Society UK, who have formed an historical group within the society for the acquisition of historic artifacts and rare photos.

A number of UK national museums, from The Victoria and Albert Museum and The National Portrait Gallery, London to Museums in Prague, Munich and Washington, Munich and Washington are also in the business of acquiring 'historic artifacts and, heartening for the picture collector, 'rare photos'.

In tandem, music has been documented by great photographers from it's origins in ... the sixties where photographing most of the major stars in the music business become the thing and big with collectors. Indeed we remember all our great artists/musicio's not least through photography.

Best of all, boosted by a busy photographic trade, the contents of our photo albums are considered in collectors circles, 'treasure troves'. And in any language, photos are a 'valuable part of keeping our memories accessible', acting as a diary, reminding us of the people, places and activities we love. There's more. Photos 'intoxicate our senses' and take you back in time.

When you look back on your photos you realize that ...'they are more meaningful than you ever thought' (photo-blogger/post).

Sometimes, looking back on your photos, you realize that they are more meaningful than you ever thought. The last photo of a loved one before they died, or a self-portrait before a surprise life event, even of a sentimental place that no longer exists.

Indeed, whether looking through the lens or in front of it, photos simply makes us happy. (SMILE).

Indeed, rewind to 1983 and 'Live and direct from Jamaica' the famed 'rude boy' was about to take the stage at the then famed North London venue, Edmonton's Pickett's Lock.

Coach loads of mostly young fans had travelled from far and wide to North London's Lee Valley, recalls Trez, from West London, who having made the journey, courtesy of a coach laid on by Webster Records, was meeting up with her North London cousins.

Much loved for his vocal range which had developed into 'a distinctive style that was perfect on any side of the divide in reggae', Isaacs was 'able to nice up the dance anywhere', said his music press.

Important qualities in the music business. "Everyone wanted to be at the show". Recalls Trez and as was the case that night when she arrrived with her side-kick, Cousins, to an already packed house.

Promoters certainly loved him. As do his fans.

Back then, Isaacs, credited as the first artiste to cement 'lover's rock' as a sub-genre of roots reggae and the first Jamaican singer to bring 'lover's rock' to Europe, was in top form, says Trez.

When the curtains went down on his set, there was uproar with fans chanting 'More Gregory' and throwing red roses - which he'd earlier thrown into the crowd - back at the curtains' says Trez, who together with her 'crew' had got as close to the barrier surrounding the stage as you could. With her Camera.

When Isaacs left the stage, there was mayhem! (The foot stamping, cat calling kind!) Trez continues.

Thankfully the curtains rose once again and the G.I. returned.

He obliged the crowd with another round and a rousing encore. Delivering before he left. And this time, when the curtains went down (for a third time) the chorus 'more Gregory' fell on deaf ears and he wasn't coming back.

Still, the Cousins had got their shots! All nine of them, previously unseen, until now.

The King of Lover's Rock

Behind the fame, rumours about Isaacs’ rude boy' lifestyle abound but music critics claimed that he had to be tough to maintain his position within Kingston’s (Jamaica) notorious musical industry.

The reasons given for Isaacs 'lofty seat' in the reggae hierarchy according to music critics are 'purely musical' - a combination of 'his boundless talent and his uncompromising attitude'.

Whatever the press, it is said that G.I's legendary status and reputation in the reggae business remains, after many years in the business, undiminished among his fans.

His passing in 2010 triggered a mass of tributes, from Milo Miles in the New York Times described him as 'the most exquisite vocalist in reggae, to his brother and former road manager Rudy Isaacs who, speaking after Gregory was given the OD in 2016, says Gregory Isaacs is the undisputed 'King of Lover's Rock'.

Trez would second that. 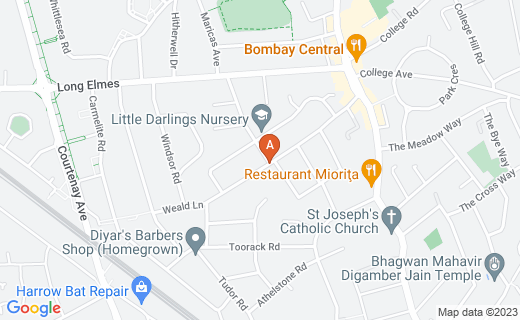 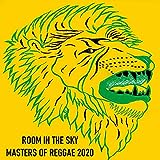