The rule of thirds and why use it.

Book on special landscape projects that will

make you a better photographer.

If you have been taking photos for even a short time, it’s likely you have heard about photographic composition. The composition of a photograph is how you arrange the parts of a photo, so that it looks pleasing and lets the viewer see the story your photo is telling. It is how you put all the pieces of the photo together.

There are some basic rules you should try to follow in photography. They are not hard and fast rules that you must conform to to be a good photographer. What they are for is to give you guidelines to use as tools to get the best shots. They are guidelines that if you try to stick with them, they will make the majority of your photos better.

To make good photos, you really need to make them by looking at the entire scene, don’t just look at the subject and snap. You must also think about, will people know what you wanted to show when you took this shot. Where is the first place in the shot your eyes go when you look at it? Look at some good photographers work, think about where your eyes go the instant you look at the photo.

Look at the photo below. I took this shot, just to illustrate what a shot looks like that has poor composition. Can you tell what I was taking this picture of? There is no main subject, and no one looking at this shot would have any idea what I was thinking when I took the shot, even though it's not a bad shot, it's just a snapshot of something and the shooter will be the only one who knows what it is a picture of.

There is really nothing wrong with the shot, if you just want to use it to show someone what an area looks like, but it's just a snapshot that anyone with a camera can take.

The "rule of thirds" is a trick that photographers sometimes use to create more interesting compositions. Basically, you visually divide the image you see in your camera's viewfinder into thirds, and then you position your horizon so it goes along either the top imaginary horizontal line or the bottom one.

Here is a much better way to shoot the same garden area, and get a much better photo out of it. focus in on particular good parts of the garden and shows closer up some of the beautiful flowers. Bring out the subjects in the shot that you want to highlight, instead of the whole thing, Know the subject of your shot, and bring it out as the focus of the photo. 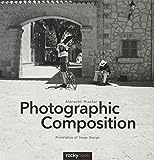 The rule of thirds

The rule of thirds is one of those guideline rules. It is not something that you must follow. Many times you will not follow it, and will have a great photo. If you take a shot that fills the screen, you obviously will not use the rule of thirds. If you are going to leave extra space around the subject of you photo, you will definitely want to consider it. The background then becomes a major concern to get the best shot.

First lets look at what the rule of thirds is. The easiest way to explain it is you look at your total shot and split it into 9 equal parts. Divide it up like you are drawing a tic tac toe board on top of the viewfinder. Many cameras even have an overlay in the viewfinder that will do it for you, if you have a camera that does, turn it on and look at it when your composing the shot.

How to set it up

Once you see where the 9 squares are, think about putting the focus, the main part of the subject of your photo, on one of the intersecting points. There are 4 crossing points to put the subject. Generally you use the top 2 crossing points, but the bottom 2 are also usable with the right type of shot.

Below are 2 shots that are cropped differently to show the effect of space in front. Which one do you think looks better?

Do you use the rule of thirds in photo composition?

The key to using the rule of thirds to your advantage is to make sure that you use it as a guideline, not a rule you have to follow. Another key to remember is to look at the photo before you take the shot. Look for the best looking photo that you can make, while using all the tools and knowledge that you have available.

Next time you're ready to take a snapshot, think about where the subject is in the shot, what the background will look like. When the distance is compressed in the shot, is there something that will look like it’s coming out of the subject? Is there anything in the shot that is distracting and will draw the viewers eyes away from the subject of the shot? Once you start thinking about these things instinctively, you will start to become a photographer and not just a snapshot taker.