Sergey Mikhaylovich Prokudin-Gorskiy (1863-1944) was a Russian photographer. Prokudin-Gorskiy was born in Murom, Russia and educated as a chemist. He studied with renowned scientists in St. Petersburg, Berlin, and Paris, and developed early techniques for taking color photographs. Around 1905, Prokudin-Gorskiy envisioned and formulated a plan to use the emerging technological advancements that had been made in color photography to systematically document the Russian Empire. Through such an ambitious project, his ultimate goal was to educate the schoolchildren of Russia with his "optical color projections" of the vast and diverse history, culture, and modernization of the empire.

Outfitted with a specially equipped railroad car darkroom provided by Tsar Nicholas II Prokudin-Gorskiy documented the Russian Empire around 1909 through 1915. He conducted many illustrated lectures of his work.

His photographs offer a vivid portrait of a lost world-the Russian Empire on the eve of World War I and the coming Russian revolution. His subjects ranged from the medieval churches and monasteries of old Russia, to the railroads and factories of an emerging industrial power, to the daily life and work of Russia's diverse population.

His process used a camera that took a series of monochrome pictures in rapid sequence, each through a different colored filter. By projecting all three monochrome pictures using correctly-colored light, it was possible to reconstruct the original color scene. Any stray movement within the camera's field of view showed up in the prints as multiple "ghosted" images, since the red, green and blue images were taken of the subject at slightly different times.

Prokudin-Gorskiy graduated from the Institute of Applied Sciences in St Petersburg as a chemist but is known for his ambitious use of an early three-colour process in photography, and for his documentary photographs of Russian life commissioned by Nicholas II (reg 1894-1917). After teaching at the Technische Hochschule in Berlin (1889-early 1890s), under the auspices of Adolph Mieth (1862-1927), Prokudin-Gorsky travelled to Paris where he began experimenting with colour photography. Later returning to Russia, he became a member of the Imperial Technological Society and implemented its first courses in photography and laboratory methods. In 1898 he published two volumes dealing with the technical methods of printing and copying negatives and with the use of the recently developed hand-held cameras.

Prokudin-Gorskiy documented the Russo-Japanese war in Manchuria (1904) and between 1906 and 1909 was the editor-in-chief of the Russian photographic journal Fotograf Lyubitel (Photo-Amateur). Between 1905 and 1915 he executed over 2000 colour negatives of Russian life. He used a specially designed camera, with an apparatus that automatically changed colour filters and exposed the photographic plate three times to create a color image.

Stolbny Island is an island on Lake Seliger in the Tver Oblast of Russia, about 10 km north of the town of Ostashkov.

The island is the home of Nilov Monastery, which was founded by Saint Nilus in 1594, and previously welcomed up to 40,000 pilgrims each year. Today the monastery complex remains as one of the most impressive ensembles of Neoclassical architecture in Eastern Europe. Some of its churches date back to the 17th century, a graceful embankment was completed by 1812, and a large cathedral was built in 1821-25.

During World War II, the monastery was the site of a NKVD camp which held approximately 7,000 Polish prisoners of war who had been taken captive by the Soviet Union as a result of the Molotov-Ribbentrop Pact. Almost all of the prisoners were subsequently executed in April 1940 in Kalinin (now Tver) and then buried in mass graves in Mednoye, an act which became known as the Katyn Massacre. Amongst those killed were Polish officers, lawyers, policemen, teachers, doctors, and other members of the intelligentsia.

Amazon Kindle is a wireless, portable reading device with instant access to more than 190,000 books, blogs, newspapers and magazines. Whether you're in bed or on a train, Kindle lets you think of a book and get it in less than a minute.

Amazon Kindle can hook you up with the best books, newspapers, magazines, and even blogs about Art,

And enjoy a new kind of reading!

Photo Of the Last Emir of Bukhara

Emir Mohammed Alim Khan (1880-1944) was the last emir of the Manghit dynasty, the last ruling dynasty of the Emirate of Bukhara in Central Asia. Although Bukhara was a protectorate of the Russian Empire from 1873, the Emir presided over the internal affairs of his emirate as absolute monarch and reigned from January 3 1911 to August 30 1920. He was a direct descendant of Genghis Khan, the first Great Khan.

At the age of thirteen, Alim Khan was sent by his father Emir Abdulahad Khan to Saint Petersburg for three years to study government and modern military techniques. In 1896, having received formal confirmation as Crown Prince of Bukhara by the Russian government, he returned home.

After two years in Bukhara assisting in his father's administration, he was appointed governor of Nasef region for the next twelve years. He was then transferred to the northern province of Karminah, which he ruled for another two years, until receiving word in 1910 of his father's death.

Alim Khan's rule began with promise. Initially, he declared that he would no longer expect or accept any gifts, and prohibited his officials from demanding bribes from the public, or imposing taxes on their own authority. However, as time went by the Emir's attitude towards bribes, taxes, and state salaries changed. The conflict between the traditionalists and the reformists ended with the traditionalists in control, and the reformers in exile in Moscow or Kazan. It is thought that Alim Khan, who initially favored modernization and the reformists, realised that their eventual goals included no place for either him or his descendants as rulers. Like his predecessors, Alim Khan was a traditional ruler. He toyed with the idea of reform as a tool to keep the clergy in line, and only as long as he saw the possibility of using it to strengthen Manghit rule.

Alim Khan was the first and only Manghit ruler to add the title of Caliph to his name, and was the last direct descendant of Genghis Khan to serve as a national ruler.

In March 1918 activists of the Young Bukharan Movement informed the Bolsheviks that the Bukharans were ready for the revolution and that the people were awaiting liberation. The Red Army marched to the gates of Bukhara and demanded that the emir surrender the city to the Young Bukharans. As Russian sources report, the emir responded by murdering the Bolshevik delegation, along with several hundred Russian inhabitants of Bukhara and the surrounding territories. The majority of Bukharans did not support an invasion and the ill-equipped and ill-disciplined Bolshevik army fled back to the Soviet stronghold at Tashkent.

However, the emir had won only a temporary respite. As the civil war in Russia wound down, Moscow sent reinforcements to Central Asia. On 2 September 1920, an army of well-disciplined and well equipped Red Army troops under the command of Bolshevik general Mikhail Frunze attacked the city. After four days of fighting, the emir's citadel (Arc) was destroyed, the red flag was raised from the top of Kalyan Minaret, and the Emir Alim Khan was forced to flee to his base at Dushanbe in Eastern Bukharan, and finally to Kabul, Afghanistan. 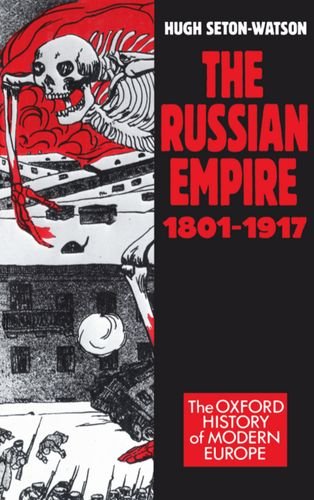