Speed Painting Artist; How to do Performance Hand Painting on a Spinning Canvas

Do you know a child who likes to paint and/or draw on the walls? How about a child who has trouble containing their energy . . . the kind that jumps, dances, twirls and whirls? And let’s not forget the kind that likes to perform to a crowd. What about one who is a little older and has advanced to the art of graffiti? I have good news for you.

There is a career that channels these talents into an amazing burst of inspiration, and it’s done in front of an audience that looks on with awe. Let’s not forget that each person in the audience was also willing to pay to watch your child perform these annoying, (Wait, did I say that?) I mean amazing feats.

It’s called speed painting or performance painting. A performance painter will take a large blank canvas and enthusiastically transform it into a remarkable work of art utilizing their skill, experience, inspiration, movement and senses. And it’s all done with a WOW factor! They are much more than paint-flailing performances, however. These music-driven art performances are a combination of art, dance, and music.

Denny Dent’s performances were described as two-fisted art attacks. With several brushes in each hand, sometimes using both hands to throw globs of paint at his canvas, and then moving to a utensil that could be described as a household mop, he paints larger-than-life portraits in the time it takes to play a song or two! It is hard to describe how he does it . . . but all of the sudden you are looking at a completed work of art.

Dent himself referred to his work as “a passionate dance on canvas” and those who have witnessed his creative talent can’t help but agree with him.

From Woodstock 1994 to President Clinton’s Inaugural ceremonies, Dent mesmerized people from all walks of life. The message he shared with all was simple, “It’s not what you do, it’s the way you do it that makes you an artist. Whatever you do . . . do it with all your heart. Be what you are . . .” 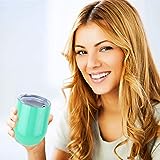 David Garibaldi was inspired by the culture and colors of graffiti. His art career began as a graffiti artist where he learned the joy of using his body and hands in the creation of art on “larger and somewhat illegal canvases”. After watching a performance painting of Jimi Hendrix by Denny Dent, he discovered how he could channel his passions for paint and music into an inspirational encounter for more than just himself.

Garibaldi’s performances combine his passions for music and color into incredible performances that end in the creation of larger-than-life works of art. Garibaldi says that he creates images in an entertaining way and his hope is to inspire the audience to use their passion to benefit and inspire others.

His highly energetic performances have been described as being both engaging and mesmerizing. Garibaldi uses his art as a platform to motivate students and employees alike, and he has enthusiastically performed at charity events and for Fortune 500 companies. His “Rhythm and Hue” shows have allowed hundreds of thousands of people to observe him in action.

During his performances, Garibaldi “dances, leaps and cavorts – part dancer, part gymnast, part entertainer . . .” And the whole time he presents this colorful and animated performance, he is able to deliver an entertaining and inspiring dialogue to his audience.

Michael Israel, also a performance painter, creates his masterpieces while jumping around on stage and splattering paints on a spinning canvas. After adding brushstrokes to a canvas for several minutes, a mesmerized audience will suddenly explode as his work suddenly jumps off the canvas as a recognized figure such as Muhammad Ali or John Lennon.

Israel states that his art pieces can be wildly emotional and has incited audiences to hugging, crying, and jumping up on chairs with applause.

Israel is especially known for his large-scale patriotic scenes which he creates by attacking the spinning canvas with karate-chopping brush strokes.

Splash! Animals – Faces of the Wild

Splash! Animals focuses on creating an emotional connection between the audience and endangered animals. It does this by delivering an inspirational performance that strives to educate the audience of the importance in their commitment to wildlife conservation.

The Splash! Animals team members travel all over the world, and is made up of many performers that have a passion for animals. Each artist who is already an experienced artist and performer, will receive 6-9 months of Splash! Training to learn the Splash! Style and to rehearse all the elements that makes Splash! Animals the popular show it is.

For those who like to color or paint, you can download the entire Splash! coloring book by clicking here.

Or you may choose the individual coloring pages:

Comments: "Speed Painting Artist; How to do Performance Hand Painting on a Spinning Canvas"