The Scott Monument in Edinburgh : The Gothic Rocket.

View from Princes St Gardens including the Balmoral Hotel

The Scott Monument in Edinburgh : The Gothic Rocket.

It is unfortunate that many people around the world may not know who Sir Walter Scott was.

Certainly many more people will know of his most famous novels.

The sword and shield epics of 'Ivanhoe' and 'Rob Roy' are undoubtedly his more famous and popular novels internationally.

They were the blockbusters of their day.

In fact he is credited with the invention of the historical novel and is one of Scotland's most famous writers.

Among his other works are 'The Heart of Midlothian', 'The Antiquary', 'Catriona' and the 'Waverley' novels the latter of which he originally wrote anonymously.

The reason for this was that Scott was a lawyer by trade and it was considered unseemly in late 18th century Scottish society for a man of such standing to indulge in mere story-telling.

Not only was he a lawyer, a novelist as well as a poet, but he was also an advocate, a sheriff, a campaigner for the continued Union of Scotland and England as well as a great public figure. He organised the legendary visit of King George IV to Edinburgh in 1822 which was the first time a British monarch had set foot in the city for over 170 years.

Therefore it is no surprise that a spectacular monument in his memory has pride of place in Edinburgh, the capital city of Scotland. However writer Bill Bryson's description of it as a "Gothic rocket ship" has stuck as a popular nickname even with the locals.

The monument was completed in 1846 to the design of an amateur architect called George Meikle Kemp.

It was built posthumously as Scott had died in 1832 and took six years to complete at a total cost of just over £16,000.

Kemp was actually a joiner and a draughtsman by trade but his remarkable design was accepted in a civic competition and work began in 1840.

Tragically he never lived to see his creation revealed as he accidentally drowned in the Union Canal one foggy evening in March 1844 whilst walking through the Fountainbridge area.

His brother-in-law William Bonner oversaw the completion of the project and actually increased the height of the monument.

From ground to pinnacle the structure rises 200 feet above Princes Street at the edge of the huge gardens in the centre of the city. The foundations were sunk 52 feet into the ground to support the huge weight and added considerably to the final cost.

It was constructed of Binny sandstone from the local Ecclesmachan Quarry in Lothian which has left its own distinctive legacy to the monument. As it is an oily stone it has prematurely aged the appearance of the structure albeit with much help from the soot of Victorian times and the exhaust fumes of modern road and rail.

Along this stretch of Edinburgh's most famous street no house building was to be permitted in order to preserve the magnificent view over the Old Town and the Castle on the South side. However an exception was made for Sir Walter and a special Act of Parliament was passed to make it possible.

Such was the veneration of not only the Edinburgh people but also the Scottish nation for the great man that a lasting tribute to him and his works was granted pride of place in the heart of the city.

The Monument beside modern Princes Street

The design was inspired by Melrose Abbey in the Borders region of the south-east of Scotland and in fact Kemp entered the competition under the pseudonym 'John Morvo'. This was the name of a medieval master mason who worked on the Abbey in the 12th century.

The reason for his anonymity was in case his non-professional status discriminated against his design amongst the fifty-four entrants.

Scott would have perhaps approved considering his desire for secrecy in his early writings.

Kemp came third in the competition but the organisers could not agree on a final decision and asked the designers to submit further drawings.

Kemp's entry was then chosen.

The three top entries were all of Gothic design which some felt would look out of place alongside the Georgian terraces of Princes Street.

However Sir Walter liked the Gothic style and therefore it was felt that this was an appropriate architectural style for his monument.

The structure exhibits all the familiar traits of the Gothic image with ribbed vaults, flying buttresses and pointed arches.

On the exterior are carvings of 64 figures of which many are characters from Sir Walter's novels including Rob Roy MacGregor. These were added in three different stages up until the 1880's. There are also statues of fearsome looking dragons projecting from each corner of the structure.

Towards the pinnacle are four massive piers of clustered shafts which seem to be influenced by Kemp's travels in Europe. In particular the cathedrals at Reims and Antwerp as well as the tower at St Maclou in Rouen.

Inside the monument there is a winding staircase with 287 steps and for a small charge you can ascend the tower.

But bear in mind it may not be for people suffering from claustrophobia as the staircase becomes tighter and more constricted at the top.

There are no handrails either and some also find the descent a little difficult because of the tight curves.

But for your hard work and labours you will be rewarded with a certificate at the top.

You will also be able to enjoy marvellous views from all four corners and look over the centre of the city. Hopefully the infamous North Sea haar does not contrive to spoil the view. Sometimes the mist obscures the castle and other famous sights the city has to offer.

Also be aware that it can be very windy in the city and you will feel the full effect the higher up you go. But if the weather is clear then the best time to visit is early in the morning to take full advantage of the early sunshine coming from the west.

There is also a museum room on the first floor which was installed in the 1870's and has been re-branded 'The Scott Monument Visitor Experience' for modern times. It contains some marvellous stained-glass which date from the 1850s and include the Edinburgh coat of arms.

There are also water-colour paintings of the views from the monument by both Joseph Ebsworth and Richard de Marco. As well as providing an enjoyable artistic experience they can also offer a welcome break from the long climb upwards.

The statue of Sir Walter Scott with his dog Maida

Back down on the ground there is a statue of Scott built of cararra marble and scaled at double life-size.

This was designed by Sir John Steell and features Scott in a seated position with one of his favourite dogs Maida reclining at his feet.

Scott actually suffered from polio and would often have to remain seated while he posed for artists and sculptors.

The statue was carved from a 30-ton block imported from Livorno in Italy although it had to be retrieved from the bottom of the city harbour. It was so heavy that it crashed through the hull of the boat.

When it arrived at Leith docks it took twenty-five horses to drag the cart through the streets to Steell's studio in Princes Street. It was actually the first marble statue to be displayed in Scotland and almost glows out from under the dark stone of the monument.

A major restoration of the monument was undertaken in the 1990s at a cost of £154,000, almost ten times the cost to build it back in the 1840s. Unfortunately the original cream-coloured sandstone could not be cleaned because of the corrosive effect on the soft surface.

Nevertheless many feel that it looks better as it is and it's even said that this was the original intention. The truly Gothic must surely be dark in style and nature it is thought. Whatever the colour it remains a highly distinctive feature of the Edinburgh landscape and a proud reminder of a great Scot in history.

The Scott Monument is actually the largest in the world dedicated to an author and is still a major tourist attraction today.

Other informative Hubs on Edinburgh 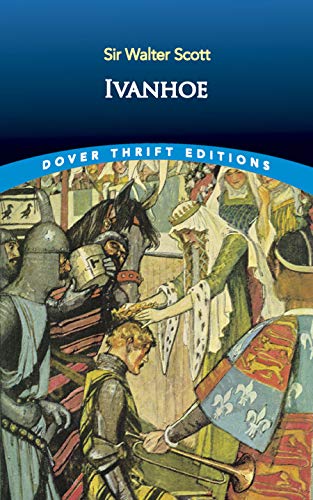