How to paint like Margaret Olley: the artists palette, studio and 19 tips on Olley's painting style

'Loudon Sainthill had an exhibition opening, and on the invitation he had written: "Darling Oll, come dressed as a duchess", I didn't have anything to wear, so a friend gave me his grandmother's wedding dress sleeves and helped me make an extravagant dress from ex-war supply parachute silk. After the opening we all went to a party at Tas [Russell] and Bonnie Drysdale's place at Rose Bay ...' - Margaret Olley 1990.

An artistic mess made by a millionaire

David Leser, writing for the Sydney Morning Herald said her house - an old hat factory - a mess; “Every room in the house groans with dusty catalogues, piles of letters and photographs, fresh and wilting flowers, rotting fruit, paint brushes, bottles of turps, cigarette butts, encrusted surfaces, not to mention a staggering array of exquisite sculptures, icons and original works by masters and in some cases friends. And, in between all this debris and treasure, in a darkened corner, a single bed where the 84-year-old artist sleeps”.

Domestic life as a perfectly good place to make art

The Australian artist Margaret Olley uses the intimiste style of french artists Pierre Bonnard and Edouard Vuillard, who were known for their use of patterning and colour. Like Olley, these French painters and printmakers were fascinated with interior and domestic spaces. These form a study of the relationship between indoor and outdoor light.

An intimiste painter, like Bonnard or Vuillard or even Matisse, takes domestic life as a perfectly good place to make art. “Then, if they can, they floodlight the room with whatever it is we mean by genius”. As did Olley. Olley was one of those extraordinary self-made Australian artists like May Gibbs and Brett Whitely.

Margaret Olley as a young woman and a Newcastle property investor

A long and interesting life: Leser reported numerous love affairs big and small with people such as art critic Laurie Thomas, former art gallery director Hal Missingham, artist Russell Drysdale (after the tragic suicides of his son and wife in the early 1960s), wealthy bisexual English baronet and painter Sir Francis Rose, and ... most enduring love, interior decorator and theatre director Sam Hughes, with whom she lived for nearly 10 years, Margaret never married, nor had children. But she did once ask gay artist Donald Friend to marry her when she was temporarily pregnant to another Donald Friend was one of the Hill End group of artists at its peak in the late 1940s and mid 50s.

She started adult life as an alcoholic

The story of a life: She started life as alcoholic. A party-girl. In her early years amassed a fortune buying and renovated old houses in Newcastle and Sydney. She gave up alcohol and turned to painting full time.
Richness of an obsession: Margaret Olley, rich in money, rich in connections, also had the richness of an obsession - painting. Even if she did in the end, smoke her self to death, she died in her eighties after a lifetime of contribution, to life, and art. By 2006 her donations included more than 130 works worth $7 million, to art galleries,

Thinking of other things

A good death: Recenlty the Australian artist Margaret Olley died. She died on her birthday, aged 88. She died with her eyes open and a smile on her face.
She had just finished a series of paintings for an exhibition. When found, Olley was dressed for the day. "She was lying there with her head on the pillow, the sun light through the window at the end of the bed, onto her face. She was just there relaxed and smiling". Well done, Margaret.

I would like to die well, with no regrets, like Margaret Olley, a graceful death of old age.

I would like to die with my family around me: I hope for time to say goodbye.
My preferred exit - a graceful death of old age. I prefer the Margaret Olley way of death.

Another take on Amitabha

Regrets, I had a few

Bronnie Ware reports most common five regrets of the dying: They wished they had:

1. lived my own life, not the life others expected of me;
2. not to have worked so hard. (Common to all dying men);
3. use more courage to express my feelings;
4. had stayed in touch with my friends; and
5. had made choices so I lived a happy life.

How to die gracefully. The Buddhist way 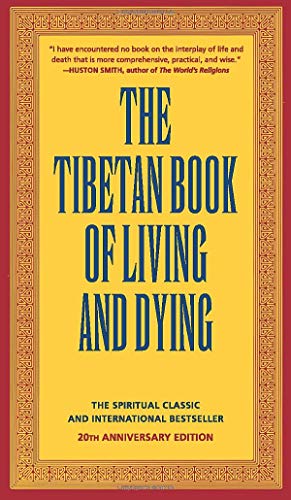 How to help someone die- the Tibetan method

Sogyal Rinpoche, author of The Tibetan Book of Living and Dying said in life one work was is to establish an fearless warm communication with others. That also applied to the dying person. Margaret Olley had Buddhist helpers in the house, and a Buddhist ceremony after her death to help her soul find a new home.

The Top Five Regrets of the Dying: A Life Transformed by the Dearly Departing
Buy Now

When you die, let go

Last moment, the most important moment in one's life: In the teaching, in The Tibetan Book of Living and Dying said the the important work was to make death peaceful.

Tibetan Book of the Dead

Guide for the dead and dying

Padmasambhava hid religious treasures. On was Bardo Thodol, the Tibetan Book of the Dead: This lists the stages of death and how to help the dying person
The Three Bardos, as we die: