Book on special landscape projects that will

make you a better photographer.

If you are an aspiring amateur photographer who is trying to get your photos noticed, or just want people to say WOW when they look at your best shots, there are a few things that you can do that makes your shots stand out from snapshots and the everyday photo takers. One of the most important is understanding depth of field and using it to make photos that look taken by a pro.

If you want your shots to stand out and you want people to love your work, understand Depth of field is part of composition of your photos and learning to use it will make your shots great.

What is depth of field

When I started to figure it out

How you control the depth of field of your shots will show the viewer that you are a photographer, not just someone with a camera. The first time I realized I was starting to figure it out and that I was becoming a photographer was when I tried to get some prints made of some portraits I shot, and they made me sign a form that I took the shots and was not trying to get them to print professional photos that were taken by a professional photographer. It kinda ticked me off and made me feel good at the same time.

Why do I care about depth of field

The main reason to understand depth of field is to be able to get the viewer of your photos, to know exactly what you are trying to get them to see. Every photo that you take, you take because you see something that you like, and you want to be able to share it.

The reason you should be making pictures is to tell a story. The goal is to be able to tell the story to someone who isn’t there with you, with one shot. Look at the photos you have taken. What is the first thing in the shot that you look at? Is it what you want the focus of the shot to be? If you weren’t taking the shot, would you know what the subject is and what the photographer is trying to pass on to you?

Camera phone: How to take great photos with your phone and tablet: Tips to make you a great photographer
Buy Now

The combination of the small aperture, the wide angle lens and the distance from the lens all added to get the shot in focus, and made it what I feel is a very cool shot.

The point of your focus is also important. Don't focus on the farthest part of the shot. It's best to focus about 1/3 of the way into the shot or less as a general rule. I have found that maybe a bit less is better to give your foreground elements crisper focus.

Bee on a board

This photo is exactly the opposite of the shot above. It was taken with a long zoom in macro mode and the aperture was near max of the lens. If you look close, you can see that the depth of field is very shallow. The focus is sharp on the head of the bee and the piece of wood next to the bee.

If you look at the stinger part of the bee, it is out of focus. The distance from the front to the back of the bee is less than an inch. This technique makes the viewer focus only on what I want them to focus on, and nothing else takes away from the shot

How can you use depth of field to get your results

There are three things that affect the depth of field in your shots. 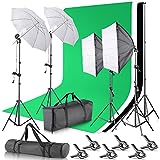 Here are a couple of shots I took just to show how much difference you can make very easily. I took the following to shots within a minute of each other, the first shot was with the lens at f22 aperture, the second shot was taken with the lens at f4 aperture.

The bottom shot I took with my iphone, just as a comparison. Phone camera's and most point and shoot camera's go for the middle of the road to give the best possible shots in all situations, and it makes a good snapshot. Most people using a phone are only trying to take snapshots.

You can take some good shots with a phone camera, but you can't get very creative. The key is to get in close so only your main subject is in the shot, or take the shot with a background that is not distracting from the subject.

To get the benefits from controlling the aperture of the lens, you need to have a camera that will allow you to control it with aperture priority, or full manual controls. Aperture is one of the hardest concepts in photography to grasp. Aperture is measuring the opening of the shutter of the lens. The big aperture lets in more light, the small aperture lets in less light.

As you make the aperture smaller, you will need to decrease the shutter speed to allow more time for the light to get to the sensor of the camera.

Here is another great example of using depth of field for a better shot. The background adds some interest to the shot because of the contrast with the sky, but it doesn't take away from the shot, and you know exactly what the subject of the shot is.

How to use aperture

Basically just remember, to get more of the shot in focus, close the aperture, use a bigger F number setting. To get less in focus, open it up by using a smaller f number. A wide angle lens with a big f number will have a long depth of field whereas a zoomed out telephoto lens with a small f number, will have a very small depth of field. Hopefully that makes sense to you.

Setting the lens to the max aperture or the minimum aperture is not what you want to do most of the time, the lens does not perform at it's best at either extreme. You can find your lenses sweet spot by experimenting with it. Most lenses will be best somewhere in the middle of the range of that particular lens. F11 to F16 for a small aperture, and F 4 to F5.6 for a large aperture. The sweet spot for the lens will be different depending on the aperture range of the lens.

Using aperture priority on your camera will allow you to set the aperture you want, big or small, and the camera will select the proper shutter speed to go with that aperture in the lighting conditions that you have. If the shutter speed is to slow, you will likely have a blurry shot, so you need to pay attention to it. Make sure if you're doing a hand held shot that you have at least 1/30. Try to get in the 1/60 range if you can.

Go out and make pictures and practice this with real situations that you can create, you will get it and it will make sense and make you a better photographer when you see what different settings do and how they affect the look of your shots.

Manual settings for you digital SLR. This article is about how to set the settings on your SLR camera to make the best photos of the opportunities you have. Learn the main guidelines to think about before you push the shutter release.

Take better pictures by doing projects. This gives you several ideas for projects to do that will help you improve your photography by helping you to see things differently than people that are not photographers.