Ann Vickers was a critically acclaimed novel by Sinclair Lewis that helped reintegrate his career when it was flagging, and was wildly popular at the time (and although perhaps tame by today's standards, it was considered quite controversial at the time) as Lewis took shots at many of society's ills and wrote with the philosophy that for good or bad, women should have the right to control their own fate and succeed (or fail) just like men did.

While you're not likely to find Ann Vickers listed too often among early American feminist literature, like many of Sinclair Lewis's other forgotten works, it was quite revolutionary for the time and would have been extremely well known and received by the feminist movement of those early decades.

This was one of Sinclair Lewis's most passionate political works

This year is actually the 75th anniversary of a Sinclair Lewis novel that is all but forgotten now, but was one of his most popular books at the time (among both readers and critics), and was a strongly political novel aimed at feminist rights in America.

That pro feminist work that caused such a stir was Ann Vickers.

"Ann Vickers" was first published Jan. 25, 1933, and like many of the later works of Lewis, this novel has a very political and soceital message that came across to some as being almost like a collection of societal sermons.

This novel follows Ann Vickers, the protagonist of the novel, from a young age until late middle age. While she faces all the common issues of women of the time, she is also used to shed light on other perceived evils of society that Lewis fought.

Ann goes to college, where among many lessons about chaunvanism, she also receives homosexual advances, a subject that certainly lit plenty of fires in the 1930s. After graduation, she works for the suffrage movement, then gets involved with social work, then prison reform.

Lewis makes Ann Vickers a very complicated character, which makes her all the more intriguing in a work that was very political.

Ann is feminist, but she's not passionate about it because of her disgust for many others actually in the feminist movement. In addition, Ann's personal life involves affairs, marriage, divorce, and an illegitimate child, but doesn't celebrate either side of any of these issues, instead offering the simple platitlude that for better or worse (and often times in this work, it was for the worst), women should be allowed to simply choose their own fates, just like men.

This novel showed an evolution in Sinclair Lewis's writing style, one that was probably the result of changes in his own personal beliefs as he got older. This novel also helped revive his literary standing, which at the time was being questioned by many critics.

Ann Vickers was inspired by several strong women, but most of all by his secon wife, Dorothy Thompson, who was a renowned feminist and strongly independent.

Ann Vickers is a little bit harder to find than other Sinclair Lewis works, but it is still available. 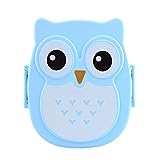 Ann Vickers [VHS]
This was an extremely popular movie at one point featuring actress Irene Dunne, and is based off the classic novel that was a major influence on supporting the early feminist movement in the United States.
Buy Now

There's no question that Sinclair Lewis is almost criminally underrepresented considering the amazing influence his works had from race relations to gender relations to politics. Even beyond that his style laid the framework for modern greats like Hemingway, Steinbeck, and Fitzgerald who would begin to write as people talked, bring big ideas through simple accessible language, and open up an entirely new era of American literature.