What is ASCII Art?

Text Art has been around long before computers. It predates even typewriters.

ASCII Art is a form of text art. It is named so for the 95 printable characters defined by ASCII.

ASCII stands for American Standard Code for Information Interchange, it is a character encoding based on the English alphabet. ASCII codes represent text in computers, communications equipment, and other devices that work with text.

Most examples of ASCII art require a fixed-width font (non-proportional fonts, like on a traditional typewriter) such as Courier for presentation.

Proportionally spaced font: A character's width is defined by the amount of width needed to display that particular character.

Why are there proportionally spaced fonts?

The letter 'i' is, by its very nature, a narrow letter. It doesn't require much width. The letter 'm', on the other hand, is rather wide. One could write three 'i's' in the room it takes to display only one letter 'm'. When you create a font that is proportionally spaced, it has a tendency to be much more pleasing to the eye.

Why are there fixed width fonts?

There are two reasons.

1. The typewriter. When the typewriter was invented it was, at the time, a fairly advanced piece of mechanical engineering. By pressing keys, a metal arm with an embossed letter would stamp an ink ribbon and produce the image of that letter on a piece of paper. Then the roller assembly that held that piece of paper would move to the left just a bit so the next letter that was typed wouldn't go over top of the last. Instead it would be positioned just to the right of the previous letter. Since there was no way for it to know which letter was last typed, they had to decide on one fixed amount of space each letter would have. As a result, they had to design the letters in sucFonts with gridlinesh a way that they wouldn't look silly all having the same amount of width. The letter 'm' gets squished and the letter 'i' has elongated serifs to make it appear wider.

2. What turned out to be a limitation of the typewriter actually turned out to be a useful tool in the computer age. Early computers did not display graphics. The screen was a grid of characters. The evenly spaced grid also employed a fixed width font. Programmers found this useful because they could plot the exact point on the screen where they wanted their character to appear. Fixed width fonts were employed for this scenario. You can still see this today; just open a DOS window on a Windows PC. A fixed width font will still be displayed. You can change the font used in a DOS window, but it only allows you select from fonts that are fixed width. When the Macintosh introduced the world to the graphical user interface, or GUI, it was no longer necessary to use fixed width fonts. And so was born the explosion of desktop publishing and WYSIWYG. 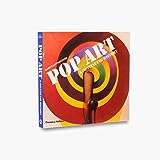