Current Topics include: biography of Canaletto; Canaletto's paintings in museums and art galleries, exhibitions and on-line.

This site aims to become a comprehensive overview of Canaletto, his life and his art - through links to information sites, videos and images.

The image is my development of an etching of Canaletto sourced from Wikimedia.

Giovanni Antonio Canal (1697-1768), known as Canaletto, is one of the most popular of all old master painters. His views of Venice and London are much celebrated and admired.First published in 1982, and revised in 1994, this book has now been reissued in paperback. It traces Canaletto's career from his beginnings as a scene-painter with his father to the work of his later years.Canaletto was interested in depicting the world around him, but unlike most of his fellow artists, he was more than a mere recorder of the amazing scenery of Venice or of Georgian England. He had the power, in the words of one of his contemporaries, to paint so that "the eye is deceived and truly believes it is the real thing it sees", and his insight and technical skills were so dazzling that it was thought he must rely on some sort of optical apparatus.His first views of Venice were painted around 1725 for Stefano Conti of Lucca. Soon after he came into contact with Joseph Smith, British Consul in Venice, who was to become his most important patron.He visited England between 1746 and 1756. During this time he painted many London scenes including views of Westminster Bridge, Whitehall, the Old Horse Guards, St James's Park and Somerset House as well as views of Warwick Castle and Eton College. These and many others of Canaletto's best paintings and watercolours are reproduced in the book's much expanded range of colour illustrations.JG Links was recognised as the world authority on Canaletto and this is his definitive work on this artist.

The Life of Canaletto

Giovanni Antonio Canal was born in Venice on October 28, 1697 and died in Venice on April 19, 1768, Venice. He's much better known as Canaletto, was very influential in the development of landscape painting and was famed for his precisely depicted and evocative views of the city (vedute).He made a lot of money painting formulaic paintings for tourists. He's particularly famous for paintings which record Venetian scenes and public ceremonies. Canaletto was particularly favoured by English collectors. He visited England repeatedly between 1746-56 and there are a major set of paintings of places in London and elsewhere in England

Canaletto in Museums and Art Galleries

Venice in the Age of Canaletto
Buy Now 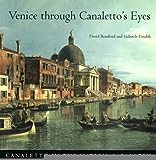 Venice: From Canaletto and Turner to Monet
Buy Now 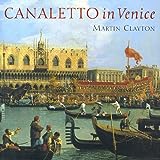 These are links to websites about exhibitions of works by Canaletto

Canaletto and His Rivals | National Gallery in London - on YouTube

This exhibition features works by Canaletto and all the major practitioners of the genre.

Ian Dejardin, Director of Dulwich Picture Gallery, on Canaletto and the Exhibiton.I've seen both of these paintings of the view of the River Thames from the terrace at Somerset House and they are truly stunning. This is a fascinating talk by an expert in his field

Canaletto arrived in England in 1746 and painted there for the next nine years. He produced paintings of England, Italy and imaginary views during his stay to satisfy his various patronsHis paintings of the UK include views of landmarks as St. Paul's Cathedral, Somerset House, and Westminster Bridge plus views along the Thames from Somerset House.

Canaletto in England: A Venetian Artist Abroad, 1746-1755 (Yale Center for British Art)
The book offers a full study of Canaletto's English period along with detailed catalogue entries for about fifty paintings and twenty drawings.
Buy Now

Canaletto and the Case of the Westminster Bridge
A historical mystery novel with Canaletto as the sleuth!
Buy Now

Westminster Bridge from the north on Lord Mayor's Day (1748)

Canaletto's paintings of London and England

One of Canaletto's paintings - "The River Thames with St. Paul's Cathedral on Lord Mayor's Day" - provided the inspiration for the extraordinary river pageant on the River Thames in central London to celebrate the 60 year reign of Queen Elizabeth II ion Sunday June 3 2012

The Thames and the City of London from Richmond House (1747)

The Thames and the City of London from Richmond House (1747)Canaletto [Public domain], via Wikimedia Commons

In 1746 the great Venetian artist, Canaletto, moved to London following the market and wealth for his work. Nine years later, he left the city attacked by the critics as repetitive and a fake.What was 18th Century London like to be the centre of such hope and disappointment?How did Canaletto feel about the city, and how are we to assess these views today?

This is where you can review Canaletto's paintings online

Makingamark on Canaletto - Canaletto on "The Art of the Landscape"

Blog posts on The Art of the Landscape about Canaletto

Canaletto paintings and drawings do not often come to the auction house. The first drawing to be sold for 30 years sold in the summer of 2012 for 1.7mCampo di San Giacomo di Rialto was a rare pen and ink drawing (10" x 141/2" / 25 x 37cm) of a real Venetian scene.