Dinosaur things for toddlers and preschoolers to make

Lots of easy dinosaur crafts for little kids. We have two dinosaur mad boys who love making things. This page will be regularly updated with new things to make. The boys are a toddler of 2 and preschooler of 4 so nothing too ambitious! Everything is easy to make with lots of pictures and easily available materials.

This isn't about producing professional quality crafts. It's about getting messy, having fun and learning about dinosaurs. I work almost full-time hours in a professional job - I don't have much time, but this is something worth fitting in. I try to come up with activities that the children can do semi-independently, at least for part of the time.

Our Easy Dinosaur Crafts To Make List - for toddlers, preschoolers and little kids

These are crafts that we've got on our list to make.

You can get some great dinosaur-themed craft kits. Brilliant for keeping kids occupied in the winter. My boys love making things and they are so proud when we put their work on display!

We've been really impressed with the quality of the Orb Factory stickers mosaics. The end results is very cool and well worth displaying.

Foam dinosaur stickers are very popular in our house. They are used to create prehistoric scenes, to decorate cards, as labels on boxes or toys and craft items. Recommended from age 4, but we've had great fun with supervised toddlers and preschoolers.

We printed out this Dino Dan T-Rex Color by Numbers Poster and my four year old son cut out the pieces with some help and then glued them together to make the poster.

I cut out squares from craft foam to match the colors and the boys (2.5 and 4) used lots of glue to stick them down. Then my 4 year old decided to add the foam letters to spell out the colors and the T-Rex name - he's very into letters at the moment!

Alternatively you could use the peel and stick foam so you don't need glue.

Dinosaur eggs are not the same shape as chicken eggs. Some are round, some are elongated. We decided to make an Oviraptor Nest ready for Easter. Oviraptor eggs are elongated. The name Oviraptor means egg thief, scientists first thought that Oviraptors stole the eggs of other dinosaurs to eat them - then they realised they were finding Oviraptor fossils with their own eggs! Oviraptor eggs are often found in clutches, arranged in a circle. See more paleontology for kids.

I cut 8 Oviraptor eggs out from colored card and let the kids decorate them using off-cuts and other bits and pieces from the craft box. We made a flap on each egg and stuck it down so it could be lifted up. Underneath we put Oviraptor skeletons (cut from white craft foam) and feathers (Oviraptors were feathered dinosaurs).

In the middle is a footprint from the Oviraptor parent. My 2.5 year old son demonstrates the finished Oviraptor nest!

Dino Dan is a really popular kids TV show featuring paleontologist in training, Dan Henderson. We had fun making these Dino Dan binoculars. Here are the full instructions and printable for the binoculars.

We cheated and just used lots of sticky tape to fix the printed decorations onto the cardboard tubes. The boys helped hold the paper in place and push the sticky tape down. Then they took turns hunting for dinosaurs - not difficult in our house!

Make a flying dinosaur with feathers

This is a simple, fun activity. First you'll need a picture of a flying dinosaur bird. OK, technically there weren't actually any flying dinosaurs, but there were flying creatures that lived during the time of the dinosaurs.

Here are some of our favorites: Microraptor, Archeopteryx.

Print your prehistoric bird picture out - scale it as large as you can.

I think you can probably work out the rest! let the kids at it with the glue (or help really little ones) and then let them stick the feathers on to create brightly colored dinosaur birds. My toddler and preschooler boys cut out their Microraptor and Archeopteryx afterwards and we stuck them on the wall - up high because they're flyers ;-)

This activity is a variation on the painted dinosaur feet craft activity. Instead of painting the dinosaur feet we cut them out from colored card and stuck on the claws. We added a back claw so the boys could be T-Rex.

Once we had made the feet I explained that we needed to find something to keep the dinosaur feet attached to the boys feet so they could wear them. My 2 year old boy said "no don't need to", then put the feet down on the wooden floor, stood on them and started shuffling along. Genius. The boys then shuffled round as T-Rex raahing at each other and making their arms into short T-Rex arms. Hilarious. We enjoyed this one!

Thanks to Karanta for this one. I followed the instructions on her Potato Printing lens.

I used the approach of printing out a template to cut around. We used this dinosaur footprint scaled down to 50%. For the cutting I used a small knife from a pumpkin carving set (very seasonal, it's October). It worked perfectly!

I cut the potato in half and made two copies of the footprint stamp so the boys could make dinosaur footprints at the same time. Here's what happened.

The boys had a great time. And so did their Dad who came and had a go:

Make a Volcano for your dinosaurs

One day DS1 (aged 3 at the time) was a little unsure about going to preschool. When we arrived, they had a dinosaur playmat out with a plastic volcano on it. DS1 was instantly delighted to be at preschool and got stuck in. When he got home we decided to have a go at making a volcano. We found a video to follow on youtube to make paper mache from flour, water and salt - we would have used PVA glue if we'd had any, but we didn't. It worked fine, but took ages to dry - I think the PVA glue option would dry faster.

Not a volcano, but we improvised!

What you'll need to make and decorate your own volcano. 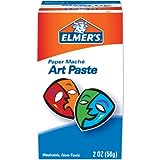 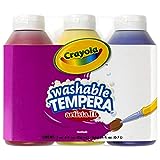 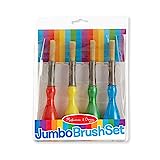 They loved this bit!

We waited for the volcano to dry (several days!). Then the boys set to work painting it. They mixed up lots of colours to get a dark brown which they liked and went for it - not much supervision involved for this bit.

A few days later they added lava. Well that was the idea, they ended up enjoying themselves so much that the whole volcano ended up dark red. They were happy (and I have to remember not to be a perfectionist!)

We came across some cool textured green paper. I showed it to DS1 and asked what it looked like - "dinosaurs". So we got out the dinosaur stencils and I cut out dinosaur shapes while DS1 worked on the collage.

I suggested the grass and sky, but the central rock (which he sometimes called a volcano) was his idea. He cut out the shape from red paper and then cut other pieces and stuck them on top as lava.

Once the dinosaurs were ready he glued them into place and then asked to make a sun. We found some yellow foam and he gave directions as to what I should cut out and then stuck it into place. We were pretty pleased with the result.

Make your own dinosaur rock collage! Of course if you stock up on craft supplies like this you'll be able to make lots of other stuff too. 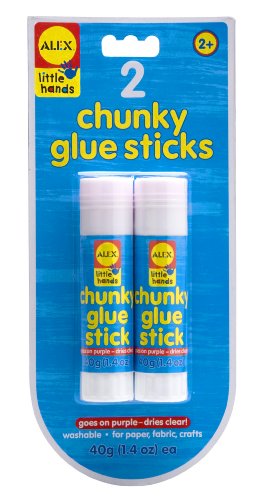 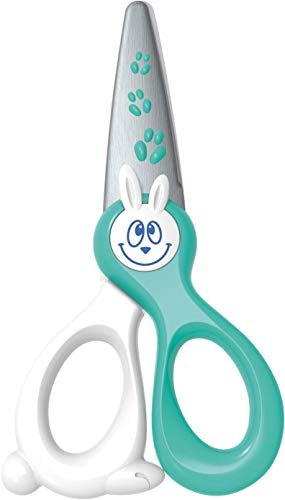 One day I asked DS1 what he wanted to do. His answer was "play with dinosaurs, but they'll need some grass to eat.". So we took a cardboard tube and I cut in in half using zig-zag cuts then I let DS1 at it with the green paint. We painted a piece of card blue for water and another piece yellow for sand. Once they had dried we got a cardboard box, covered the base of it with green paper and added our landscape elements. Plus the volcano we had made previously (still in good shape after several months use).

DS1 began putting dinosaurs into the box. Then he added a Brachiosaurus - "he needs tall trees to eat from". So we added some cardboard and foam trees to the edge of the box. And kept adding dinosaurs and other prehistoric creatures.

This activity just reuses some of the supplies we've already mentioned (see above): paint, colored card, glue and craft foam.

Want to make a Rhamphorhyncus

Yes they are dinosaur crazy!

I asked the boys what they would like to make and DS2 (just 2) replied "want to make a Rhamphorhyncus". Well okay, that's specific! So that's just what we did.

Safari Rhamphorhynchus at Amazon - What does a rhamphorhychus look like?

First I needed to see what a Rhamphorhynchus looked like. The Safari reproductions are well researched so that was a good starting point.

We also looked at the Enchanted Learning Rhamphorhynchus page and found that:

Rhamphorhynchus had a wingspan of 1.75m - this wasn't going to be a full size model then!

- He had large pointed teeth

- He had two short rear legs

First I took two sheets of dark colored card - we had some that's a brownish color which worked well. I made two wing shapes as large as I could fit onto the card and then used the off-cuts to make the rest of him. The body is a tube made from card - sellotaped together. Then the wings are taped on. The head is a long diamond folded in half (we added a little head-crest which may not be accurate) - the head is much bigger than it should be at DS1's request. The tail is just a strip of off-cut card with a diamond shape on the end. It's all held together with sticky tape and just a bit of craft glue. Sticky tape is less elegant but more durable.

Then we added teeth - made from a zig-zag cut through a strip of white card. And googly eyes from our craft box. Short legs from a long red pipe-cleaner selected by DS1. (I tried to get away without adding fingers, but he insisted so his Dad added those - "Dad on the picture I saw he had three fingers".) Then after he was flown around a bit, we hung him from a string in the boys dinosaur bedroom. The boys were very pleased.

Here's what you'll need to make your very own flying dinosaur. 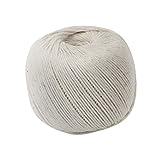 We'd love to hear from you. Have your kids or grandkids enjoyed dino crafts?